Robocalls are ramping back up to pre-pandemic levels with more call centers back open globally, a scam calls shot up to 4.6 billion in the U.S. alone last month. 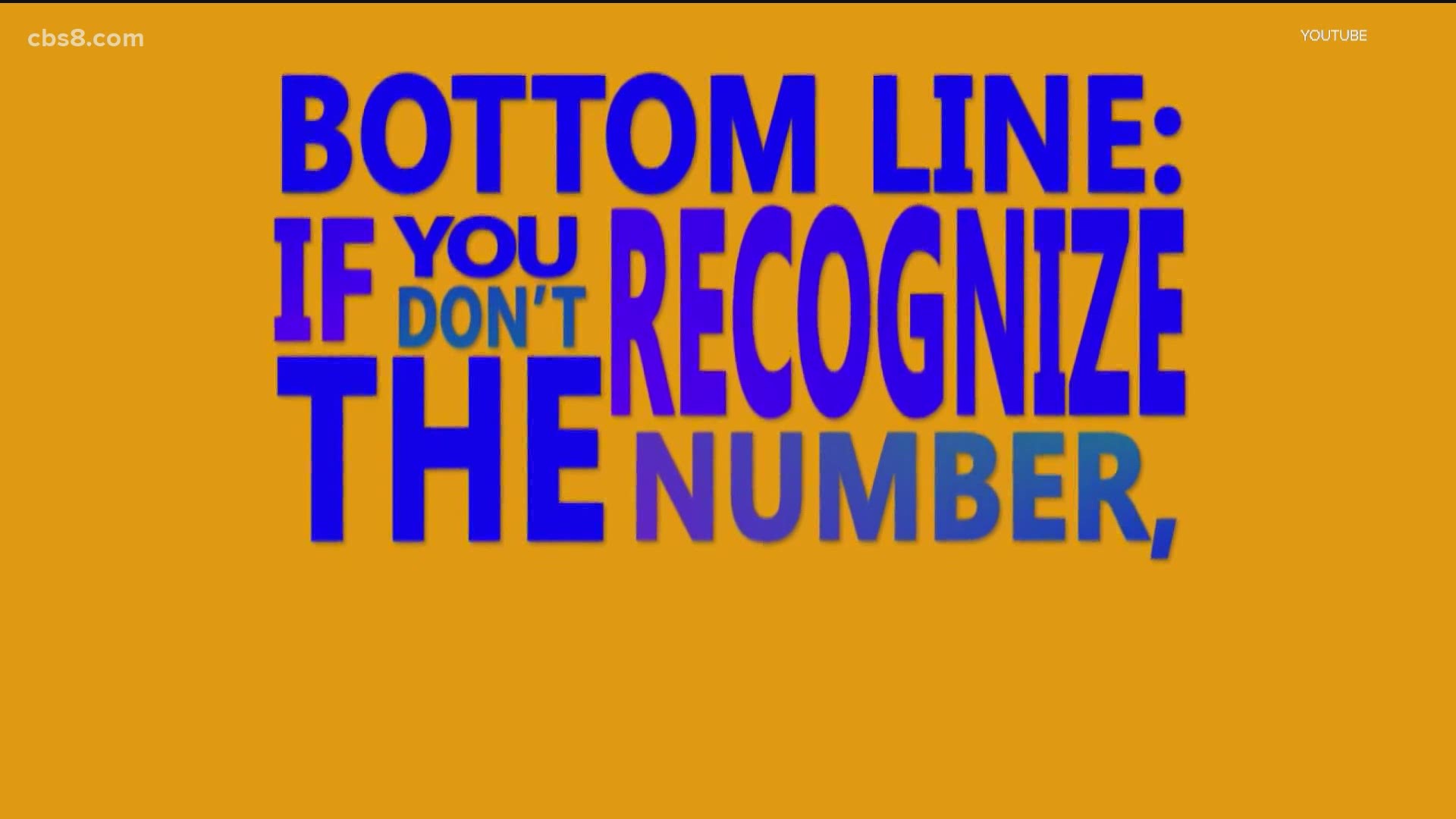 SAN DIEGO — Ring, ring. It does seem like we are getting more and more robocalls all of a sudden. Alex Quilici, CEO of YouMail in Irvine, says it's not all in your head, and he has tracked the data to prove it. "Whether you block it or your answer, they're just calling and calling and calling," Quilici said.

YouMail, a developer of Robocall blocking software and visual voicemail, tracked 4.6 billion robocalls that were placed in February 2021 alone, which equals 165 million calls a day and 6.9 million calls every hour.

The incessant calls come into the News8 newsroom where 6 p.m. producer Kurt Boyd gets them nonstop.

“I always block the number and delete the call, yet they will figure out how to call me back from another number a lot of times," Boyd said.

Boyd gets student loan, social security and auto-warranty scam calls most of all. “I put myself on the do not call registry, but then I still get all the annoying robocalls, I never, never say anything, and it seems like this auto warranty call is one that I’m getting more frequently lately,” Boyd said.

The Federal Trade Commission says you can report it to them, but the National Do Not Call Registry is only for legitimate companies and telemarketers, and the FTC cannot block calls.

“There’s other cases where the FCC has shut down carriers because the small carrier was in cahoots with the people making the robocalls,” Quilici said.

The Federal Communications Commission made a warning video about call spoofing alerting consumers to not answer unknown numbers. The FCC also advisers consumers to not say anything because once a scammer hears a live voice on the line, they tend to call back. Also, never press any buttons in the prompts given and never give out personal information.

“Download one of the Robocall protection apps, and it will make a remarkable difference,” said Quilici, whose YouMail software blocks Robocalls.

YouMail reports the top type of Robocalls are scams, payment reminders down to telemarketing, and the most common type of scam calls are the infamous warranty scams.

“For whatever reason, that scam has really ramped up over the last 2 or 3 months in volume. Car warranty calls, whether they are scams are some sort of telemarketing, is the single biggest volume robocall that is out there right now, and the crazy thing is our estimate is over 300 million of them last month, so that's one call for everybody in America, which is just insane,” Quilici said.

It doesn't stop there, YouMail ranks Atlanta as the city with the most robocalls and California is the top state after Texas, receiving 419 million robocalls in February 2020.