A San Diego lawyer has settled a milestone robo-calling class action lawsuit against Bank of America. The deal requires the mortgage servicer to pay more than $32 million to nearly 8 million people 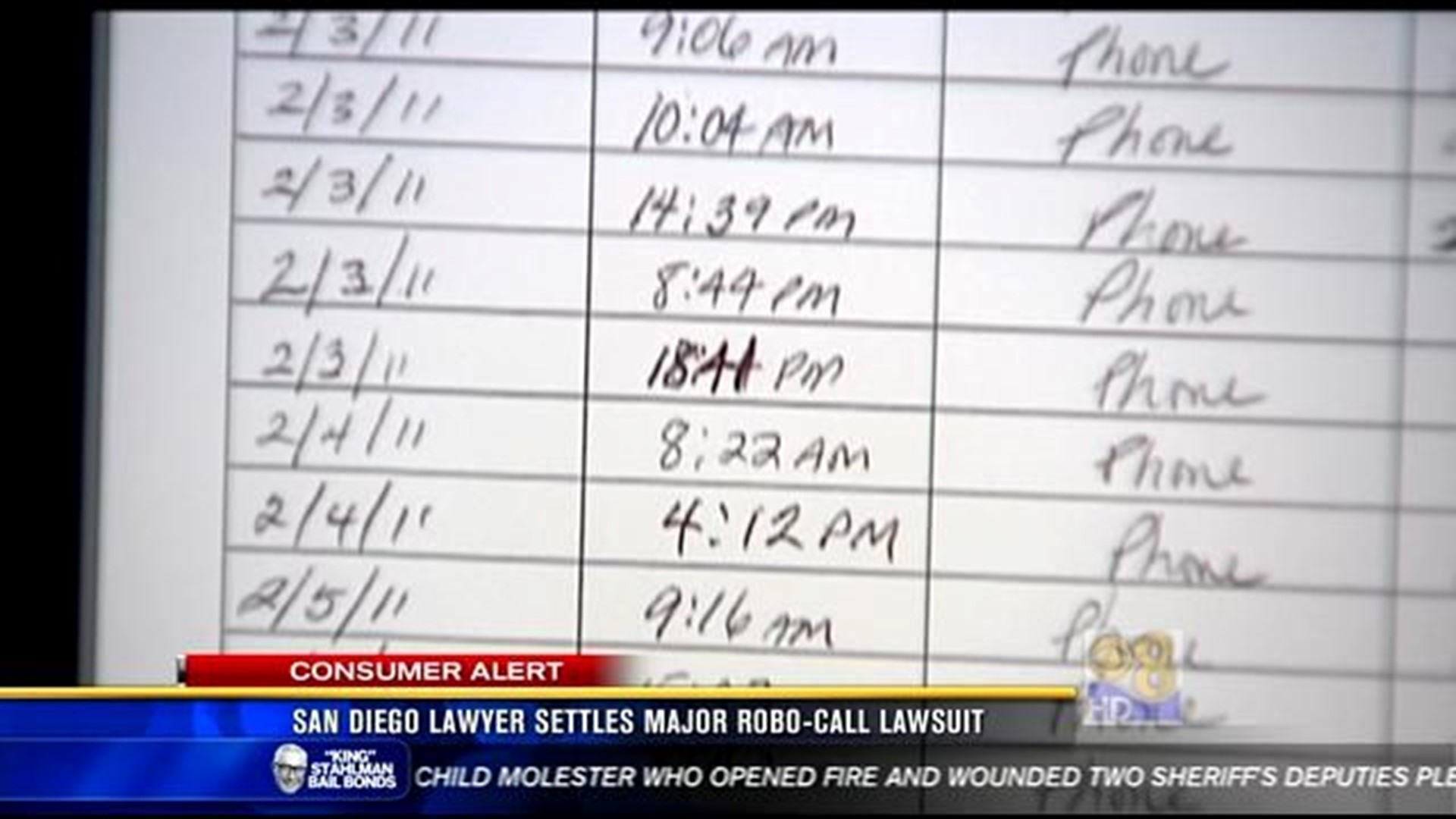 "My clients were just extremely upset. Really it's the anger, it's the frustration about dealing with a very large corporate entity that doesn't take responsibility and doesn't have a point of contact," Ankcorn said.

Before the $32 million settlement was reached, the initial lawsuit said Bank of America was violating federal law by making hundreds of millions of illegal calls each year.

"My clients were called a minimum of two or three times every day, up to 10 times a day, and it would go on for weeks at a time, then it would stop," Ankcorn said.

According to the Federal Trade Commission, the number of robo-calls is soaring because of new inexpensive technology that enables companies to send out thousands of calls per minute.

"Some of the backend systems are up in the cloud, you can have a third party make the calls for you and track it with a very cheap database, and phone calls are cheap, so the computer can make these phone calls tens of thousands at a time," Ankcorn said.

In an emailed statement regarding the settlement, a Bank of America spokeswoman says:

"We're pleased to resolve this matter. Bank of America denies the allegations, but agreed to settle the claims to avoid further legal costs."

The bank is also implementing sweeping changes to its business practices, including obtaining separate consent before making any robo-dialed call to a cell phone.

"We're very encouraged about how it's going now, that those complaints have really dropped off," Ankcorn said.

Once the settlement is officially approved next month, postcards and letters will be sent out for people who may be eligible to file a claim.