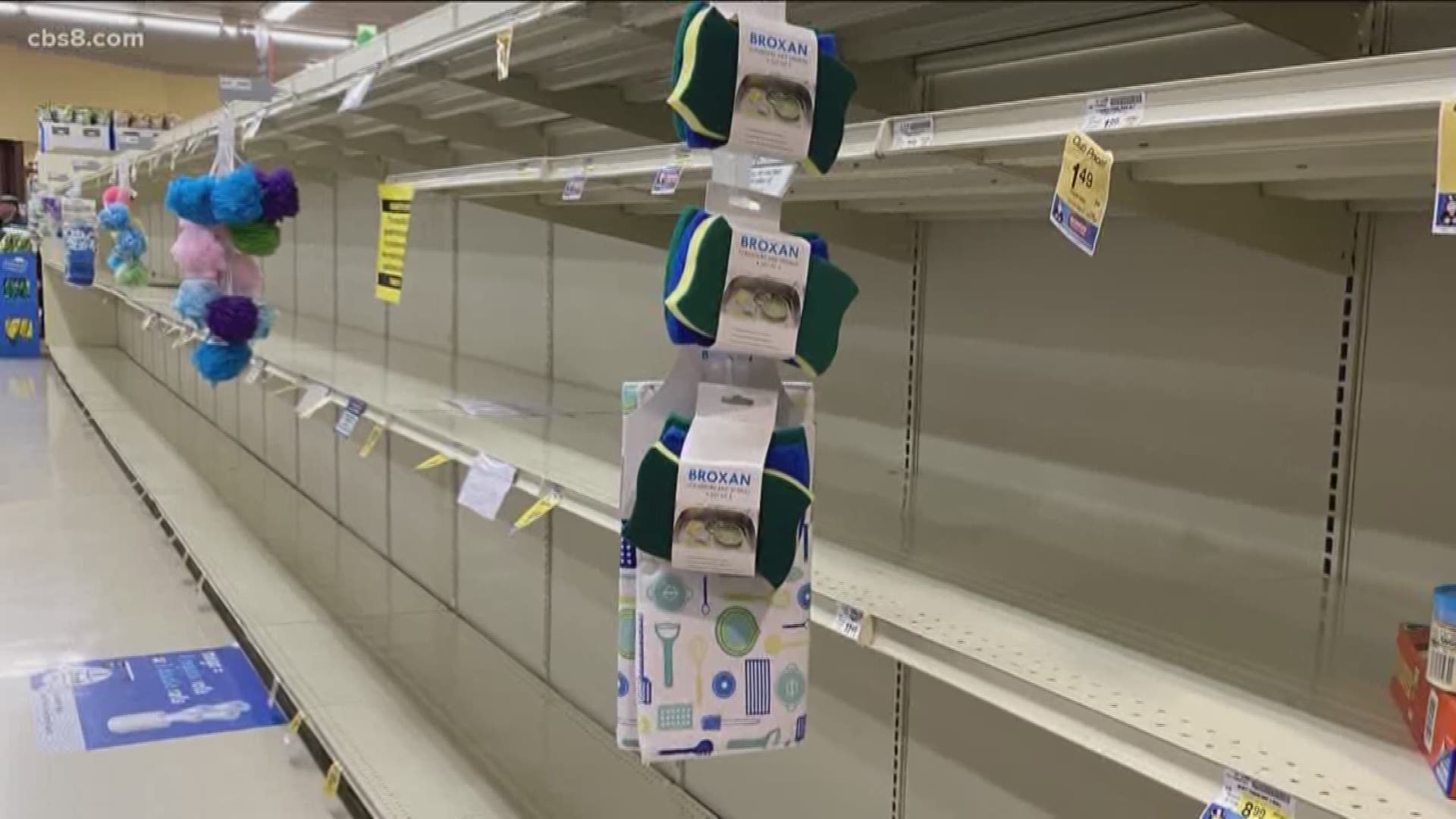 Panic... and maybe a little hysteria at Costco and store across San Diego County – amid the ongoing coronavirus outbreak.

"The panic is real, definitely," said one customer. The line just to get in the parking lot stretched down the street and News 8 crews saw plenty of road rage with.

While the vast majority of diagnosed cases are considered mild, as the number of those infected continues to grow, people are stocking up - preparing to stay inside. Tyrone Moore said he and his wife were just making a regular trip to the Costco Business Center in Kearny Mesa and had no idea what they were in for.

"I have been out here for 60-minutes waiting on my wife to get out of line for three items and it’s just sad," Moore said.

It was the same story at the Vons in La Jolla Village. Customers were lucky if they could get a parking spot or shopping cart and the shelves empty.

Especially when it came to toilet paper, paper towels, pasta and of course hand sanitizer. In Santee, the Costco store reached capacity and extra help was called in for crowd control. "It’s crazy," said one shopper.

While most folks said they were just trying to be prepared, others just didn’t understand the panic. "It's serious but it’s like, come on you guys! You’re looking at this like it’s the end of days. Armageddon," said Moore. "And really, it’s not like we’re going to be alright, wash your hands and Vitamin C."