Wednesday night Coaches for Racial Equality met to discuss how to heal and move forward from the racially charged incident. 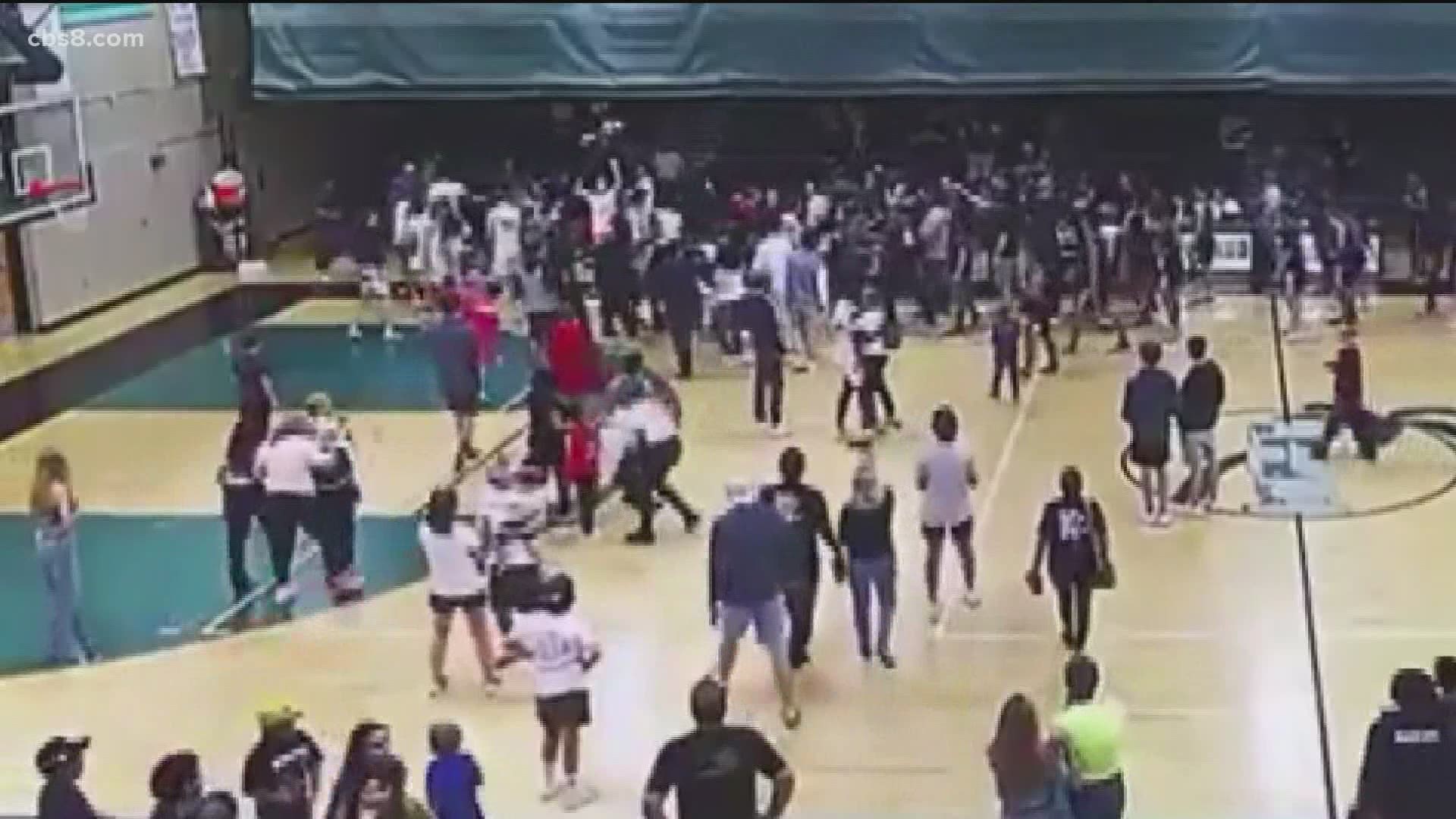 CORONADO, Calif. — A Coronado High School alumni who claims he was the one who brought the tortillas to the now infamous basketball game said it was not an act of racism.

Coaches and parents around the county say given the push for racial justice these types of acts can’t be ignored.

Cellphone video from Saturday shows tortillas thrown by CHS fans and players at those from Orange Glen High School, a predominately Latino school in Escondido.

The man who brought the four bags of tortillas is Coronado class of 1999 alum Luke Serna.

In a text, he referred News 8 to a Coronado Times article for his version of what happened.

He said he’s half Mexican and went to school with the former CHS basketball coach J.D. Laaperi who was fired Tuesday night after the incident.

Serna said the tortilla toss was not racially motivated but a U.C. Santa Barbara tradition to throw tortillas after a victory. That tradition has stopped.

The 40-year-old added the outcry from people who live outside of Coronado is coming from racial opportunists.

He is part of the Coaches for Racial Equality San Diego who met Wednesday night in their bi-weekly meeting to discuss how to get ahead of this.

“You don't forget and we want to learn from this and move forward,” said Mike Stutz, Madison High Men’s Varsity Basketball coach.

In light of recent incidents, we'd like to ask; what is the solution?

How can we move forward in the sports community to eliminate the hate & come together?

Drop your thoughts in the comments, then join us this Wednesday as we continue the discussion.#standtogetherunited

Other Coronado coaches were on the Zoom and shared their interest in growing from this and tearing down the stereotypes.

“I need to learn how to get ahead of this for myself and my team and my program and stop pointing fingers and move forward and heal,” said Peter Ruiz, Coronado High girls basketball coach.

Jalen Lake, Amateur Athletic Union Coach and assistant CHS coach said he doesn’t like that people are trying to portray Laaperi as a racist and said none of the coaches are racist. He said there was a confrontation leading up to the tortilla toss.

“What took place, there was no place for it that night. I will say things lead up to it between coaches and coaches' staff unfortunately but I do feel like both sides need to be held accountable. But there is no place in the world for racism,” said Lake.

The group aims to educate and integrate coaches, players, parents, and fans into a vision for racial reconciliation.

“In the beginning, people said racial stuff didn't happen in San Diego County and since then we've had two or three incidents within the last three or four months,” said Lisa Saward, mother.

Last month the governing board San Diego City Conference, suspended Cathedral Catholic High School’s football coach for two games and put the team on a two-year probation. The team must implement a restorative education program after a player shared photos of people wearing "Catholic vs Convicts" t-shirts before a game against Lincoln High School, made up of predominantly Black and Hispanic students.

“There are some people who are mad about the Coronado thing but not the Lincoln Cathedral thing and said, 'get over it Jeff, it’s a t-shirt,'” said Harper-Harris.

Coaches said an equity program needs to be implemented in all schools.

“Maybe it becomes a curriculum for coaches,” said Harper-Harris.

Coaches said it’s a small step that will make a big difference to end hate.

“I want those people who don’t look like me to understand why I’m angry and don’t downplay it but help us to find solutions so that this stuff does not happen,” said Nichols.

On Tuesday, the Coronado school board said its investigation could last three weeks and it involves the Escondido Union High School District, Coronado Police and the CIF.