Cal Fire San Diego is doing everything it can to make sure it has the manpower to fight fire locally and statewide but are also asking the public to do their part. 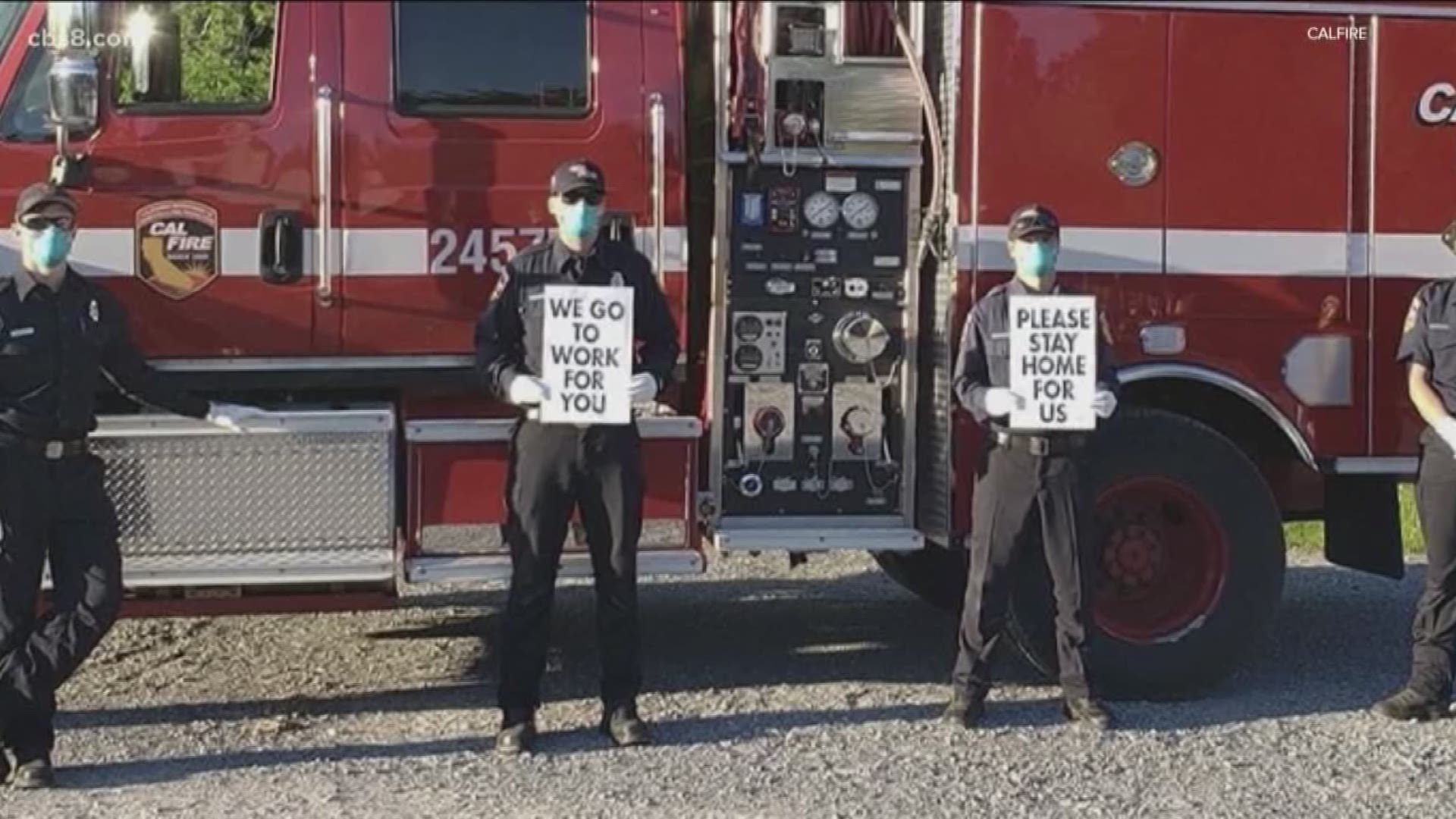 SAN DIEGO — As we get ready for temperatures to start increasing, the coronavirus is adding a new twist when it comes to wildfire season.

Every year, higher temps, strong winds and fierce flames wreak havoc in various parts of California, but now departments have the added stress of trying to keep their crews healthy and virus free.

While San Diego hasn't seen any major outbreaks with first responders, they have popped up in other parts of the state and country.

It’s an unusual dynamic: being in a pandemic while also preparing for the peak of fire season this summer.

“The last thing we want is for the situation with COVID-19 to start overlapping with our peak fire season,” said Shoots.

Thankfully, San Diego’s recent rain has given crews a bit more time to prepare for the possibility of large wildfires but that’s not the case statewide. Shoots said experts, who work on long term forecasting for the federal government, are predicting an elevated risk for northern California this year.

That means even if locally we don’t have a widespread fire, our resources will still be strained because crews are called out from all over the state.

“I know there have been other departments where they’ve had to pull guys off and quarantine - just in an abundance of caution," Shoots said.

This week Cal Fire posted a picture on Instagram showing firefighters holding signs that read, "We go to work for you." and "Please stay home for us".

“Ultimately if our guys start getting sick, they’re not on the job and it starts creating problems for us,” Shoots told News 8. “We want to start full staffed and ready and to do that we need to make sure everyone is doing their part.”

He said the coronavirus has already led to changes in training and life inside the firehouse itself.

“Guys at the station have been doing everything they can to clean and keep social distancing between themselves and calls have been less lately just because there aren’t as many people out on the road out and about. So that’s helped limit our exposure and community’s exposure," said Shoots.

They’re hoping, if everyone does their part, San Diego can avoid having any major outbreaks among firefighters or other first responders like other communities have seen.

“Obviously that’s concerning for us but all along we’ve been taking precautions and making sure we stay safe,” Shoots said.

He also said with so many people at home, it’s a good time to clear any brush or debris from their properties and work on creating defensible space which is critical when flames break out.