The board is requesting to reopen gymnasiums, hotels and cultural venues closed due to the coronavirus pandemic. 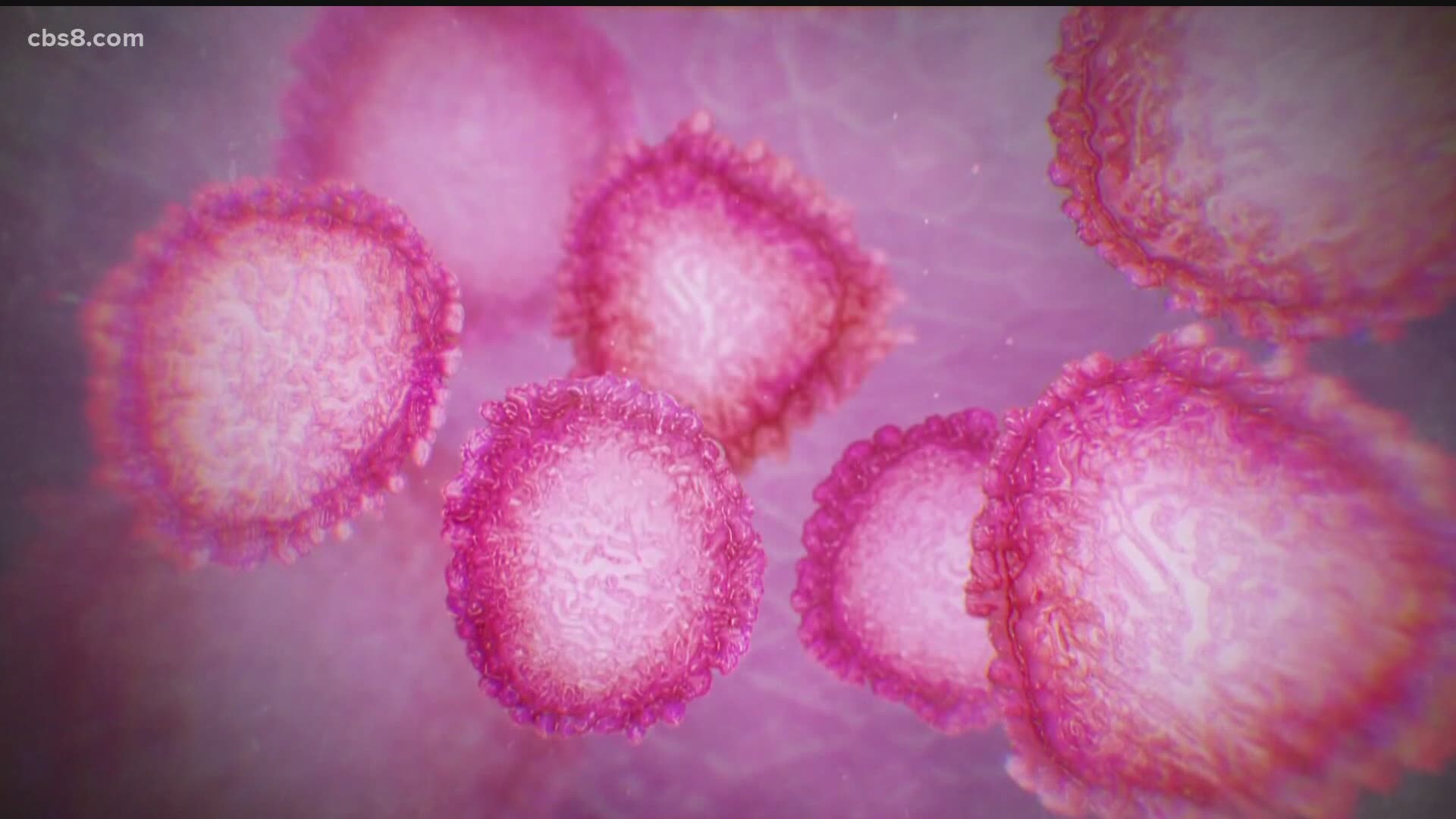 SAN DIEGO COUNTY, Calif. — The San Diego County Board of Supervisors voted 4-1 on Tuesday to request that Gov. Gavin Newsom allow them to reopen facilities such as gymnasiums, hotels and cultural venues closed due to the coronavirus pandemic.

Supervisors also voted to formally take a position on immediately reopening all beach activities and requested a staff report on how the coronavirus has impacted the most vulnerable populations.

Supervisor Jim Desmond made the recommendations. He credited county health staff for their diligent work in helping to mitigate the spread of COVID- 19, but said it was time "to empower people to get back to work."

"We now have added tensions in our nation, along with the virus," said Desmond, referring to protests erupting nationwide over the in-custody death of George Floyd in Minneapolis. "The quicker we return to work, the better."

Desmond, the board vice chairman, also stressed that businesses have the right practices in place to safely reopen, adding that he "was not trying to undermine any collaborative efforts," and that all the board can really do is send a letter to Newsom stressing that "we're willing to open up other businesses immediately."

Supervisor Nathan Fletcher cast the dissenting vote. In a statement, he said that while he agrees with the need to continue with the safe reopening, and that some additional entities are ready to open at this time, he "could not support the calls by my colleagues to reopen higher-risk entities like churches at full capacity immediately."

The vote came after supervisors heard an update from several officials, including county Public Health Officer Dr. Wilma Wooten, on efforts to contain the pandemic.

Wooten said that because of greater testing in the county, the number of COVID-19 cases is increasing and now stands at 7,554 positive cases and 269 deaths. Those numbers were given before Tuesday's report of another 120 cases and seven additional deaths.

Wooten told supervisors that her official orders on reopening will be modified based on certain "triggers," including the trajectory of cases, availability of personal protection equipment, bed capacity in regional hospitals, availability of ventilators and how many homeless people are being sheltered.

Wooten said her department has not seen any major increase, and that would help officials determine what types of businesses and facilities to open back up. The ongoing protests across San Diego County may lead to another outbreak, Wooten added.

Doctor Von Schwarz warned, “the pandemic is not over.”

He emphasizes the ongoing need for face coverings, six foot gaps, and sanitizers.

“In Germany for example, Germany has the lowest death rate. That has worked, and even in U.S. it's worked because the curve is flattening a little bit. Again, it's not over and it won't be over in a month,” he said.

Don Steuer, the assistant chief administrative officer, said the "ultimate desire is to slow the spread of the virus, which is critical. We will remain flexible and pivot where needed."

The board also heard from more than 30 public speakers, including many who work in the hotel and sport fishing industries, imploring the county to allow them to resume normal operations.

However, many sport industry businesses will disappear unless the board changes course, he added.

County residents and businesses "have demonstrated that they know what to do," Jacob added. "I also some time ago called for more local control."

She said it's important that the county continue to monitor the pandemic and work with major hospital systems to ensure their support of further loosening restrictions.

Whatever the county does, there's going to be a risk, but "it's just a matter of how much risk we're willing to take at this point," Jacob said.

The meeting, with all supervisors except Board Chairman Greg Cox participating via teleconference, was held in the county's Kearny Mesa facility, rather that the building on Pacific Highway. According to a county spokesman, that building sustained damage during weekend protests and employees are still cleaning up the mess.