The 57-year-old asylum seeker had been hospitalized since April. A San Diego County health official said the center's outbreak is the largest to date in the county. 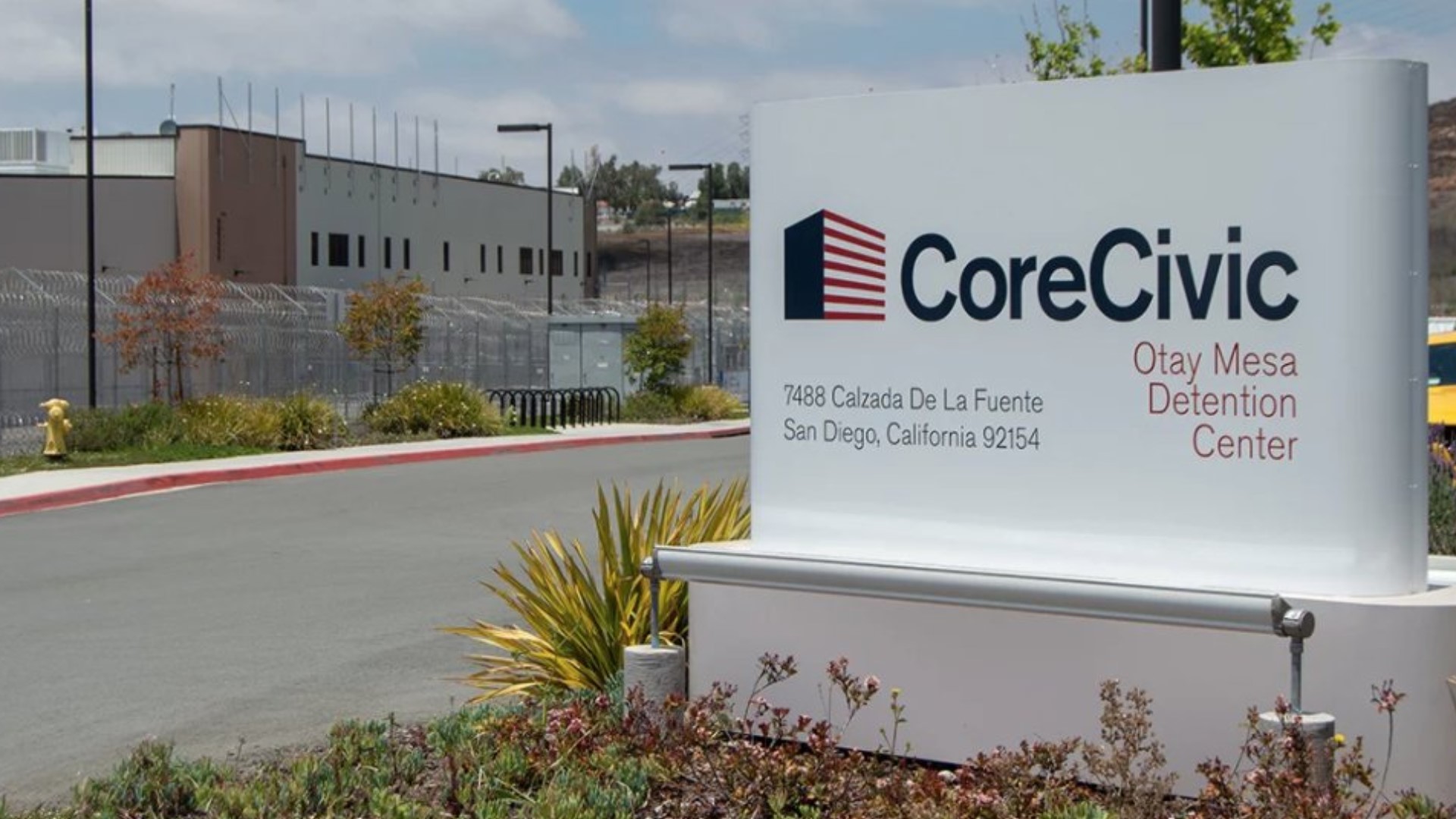 Nearly 200 cases of the novel coronavirus have made the facility's outbreak the largest out of any ICE detention center in the country.

Representatives from ICE and CoreCivic, the private company that runs the detention center, did not immediately return requests for comment.

Two recent lawsuits against the detention center by the ACLU San Diego Chapter and other civil rights organizations said an outbreak of novel coronavirus cases at the facility was not only among detainees but had affected ICE agents, healthcare workers, and staff of CoreCivic.

Gonzalez spoke to News 8 on Wednesday and said that detainees at OMDC were told that one of their fellow detainees had died from complications of COVID-19. She said San Diego County officials confirmed that a man from the center died in a hospital after being removed from the facility previously.

McDonald said the facility’s outbreak management, infection control, contact tracing, and other protocols they follow are federal protocols managed by Immigration and Customs Enforcement and the U.S. Marshal’s service. He said the county has provided support in the way of advice and testing when asked.

Andrea Flores, deputy director of immigration policy at the ACLU, issued the following statement on the man’s death:

“This is a terrible tragedy, and it was entirely predictable and preventable. For months, public health experts and corrections officials have warned that detention centers would be petri dishes for the spread of COVID-19 — and a death trap for thousands of people in civil detention. Unless ICE acts quickly to release far more people from detention, they will keep getting sick and many more will die. Since the Trump administration began, 40 people have died in ICE detention. The administration’s obsession with incarcerating people was dangerous before COVID-19, and now it is a death sentence.”

Gonzalez said that she and colleagues have been concerned about detainees having adequate protective equipment. Last month, she and representatives from several activists groups tried to deliver face masks at the center but the donations were turned away by CoreCivic.

“It’s rare that I feel so powerless to change something in my community and my district,” Gonzalez told the San Diego Union-Tribune at the time.

Last week, a San Diego federal judge ordered that a group of "medically vulnerable" detainees at the Otay Mesa Detention Center be screened for release amid the COVID-19 outbreak at the facility.

The judge’s written ruling said that conditions at Otay Mesa "are unconstitutional under the Fifth Amendment because the conditions of their confinement place subclass members at substantial risk of serious illness or death."

A hearing is slated for Friday, at which an update on the ongoing release of the medically vulnerable detainees is expected.

The ACLU has argued that overcrowded conditions at Otay Mesa Detention Center have made social distancing an impossibility and puts detainees at serious risk of contracting the virus. The nonprofit and other organizations have filed two lawsuits seeking a vast reduction in the inmate population of both ICE and U.S. Marshals' detainees.

Last month, senators Kamala Harris and Dianne Feinstein called for an investigation into the treatment of detainees at the detention center, which had seen the largest number of COVID-19 cases among the country's Immigration and Customs Enforcement facilities at the time.

In response to the first COVID-19 related death of a detained person at the Otay Mesa Detention Center, immigrant rights advocates issued the statements in the document below: