The San Diego City Council is scheduled to vote on a contentious ordinance that would regulate short-term vacation rentals. 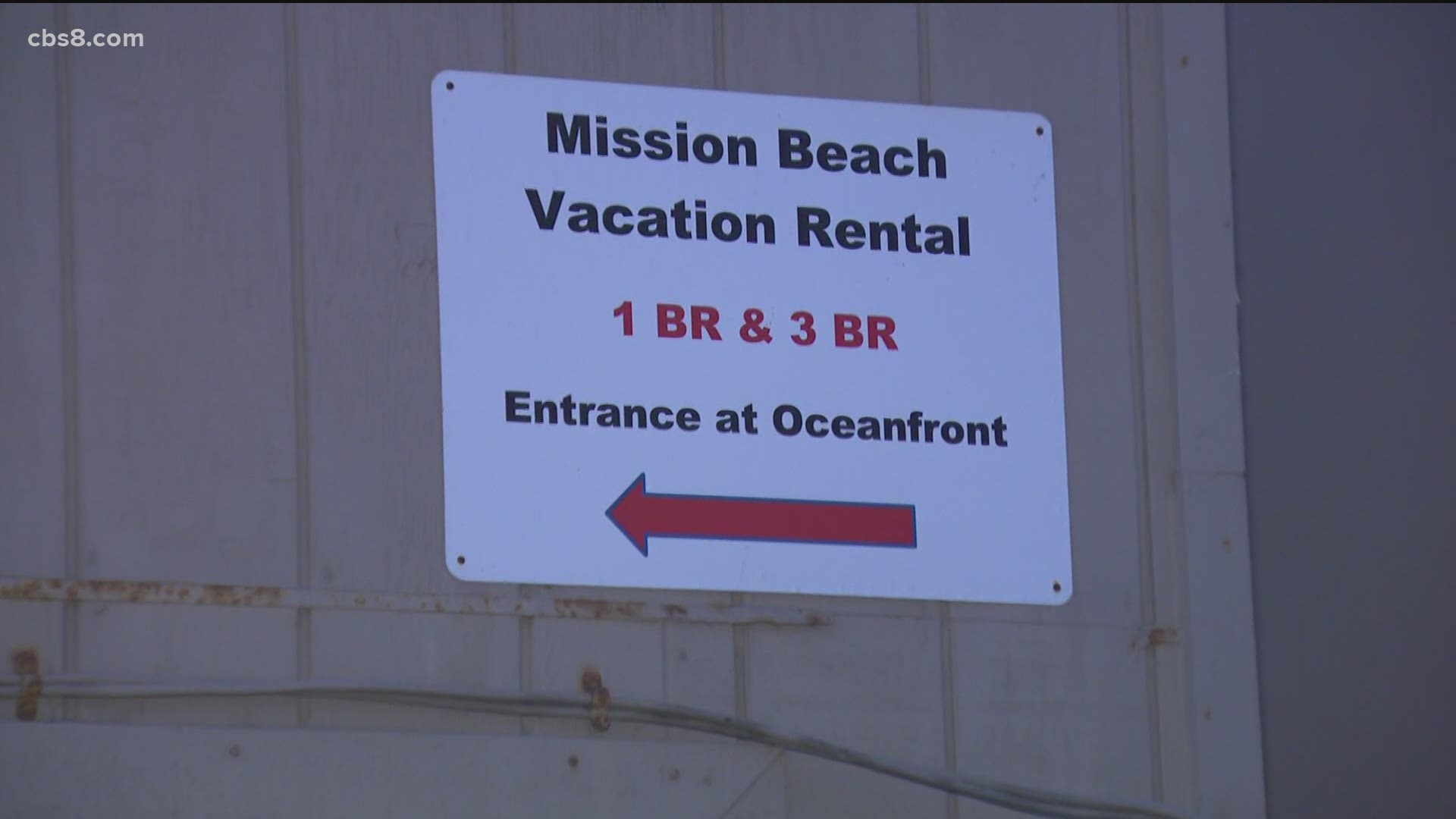 She is the councilmember for District 2, which encompasses Pacific Beach, Mission Beach, Ocean Beach, Point Loma and Midway. Campbell says the proposed regulations would allow for more affordable housing on the market or for long-term rent.

“We in San Diego don't have enough housing,” said Campbell.

On Tuesday, she will bring forward a proposal that regulates short-term rentals in a tier system. The crux of the ordinance puts a 1 percent cap on the licenses that can’t exceed San Diego’s available housing. Staff reports show it’s estimated to cut STR’s in half down to 5,400 rentals.

Mission Beach is in its own tier and STR’s cannot exceed the 30 percent of available housing, which is estimated to bring it out down to 1,081 rentals.

Gary Wonacott has lived in Mission Beach since 1974 and also a member of Save San Diego Neighborhoods and says there was not enough community input and this favors home-share platforms.

“It's not good for the community, I don't think good for the city. These regulations, if they're not amended, zero will change,” said Wonacott.

He would like to see amendments such as a platform accountability which punishes platforms that list properties that do not have a license.

“There have to be consequences for the platforms if they take fees from illegal vacation rentals,” said Wonacott.

For years, home-sharing platforms have opposed previous proposals but Airbnb and many others alike call it a compromise.

“Even though it is going to reduce permits, it is going to implement laws on the books, but also enforcement and funding for enforcement so that those bad actors finally go away,” said Noah Mechanic, Seabreeze Vacation Rentals owner and Founder of Share San Diego.

Campbell says Home-sharing platforms and Unite Here Local 30, a union for hospitality workers influenced how the ordinance was crafted.

"We understand it's contentious and we understand that she [Campbell] and the rest of San Diego has people on all sides. And to really take a mature approach and meet in the middle to a compromise position is something that's not easy to do. And we certainly applaud it,” said Mechanic.

The ordinance would also allow for a lottery system to obtain a license. Many hosts wrote to the city council objecting to the lottery system. The cost of a license per owner has not been determined but will be up for review annually.

Save San Diego Neighborhoods say short-term rentals are illegal and the city should enforce the code on the books.

If the Good Neighbor Policy is violated both the host and each guest could be fined $1,000.

“We need to bring tranquility and peace back to the neighborhoods,” said Campbell.

In December the Planning Commission approved the measure but recommended the cap be moved from 0.75 percent to 1 percent.

"....we believe that the Planning Commission’s recommendation is a fair compromise that we can support. This small increase to the number of permits still represents a significant reduction in the number of short-term rentals in the city, but it would enable more hosts to continue sharing their homes, protect millions of dollars in much-needed tax revenue to help the city recover from the effects of the pandemic, preserve an important customer base for small businesses and bring key stakeholders into agreement on a path forward."