Coronavirus deaths in Tijuana total 170, with death total in San Diego at 134. 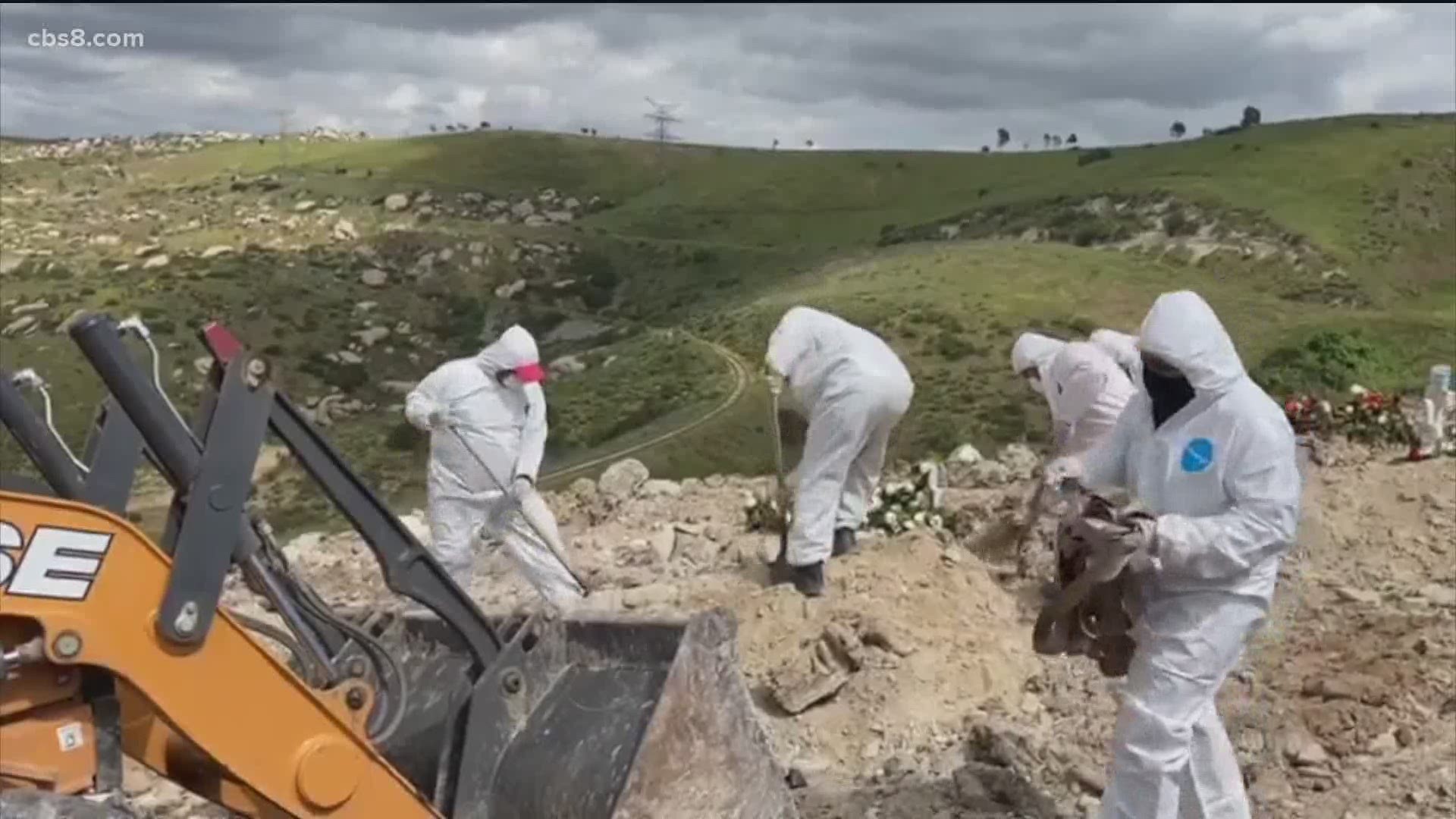 SAN DIEGO — The death toll from COVID-19 in Tijuana has surpassed the total deaths in San Diego County, as the Mexican government steps in to prevent price gouging by private funeral homes south of the border.

Workers in protective gear are digging graves and transporting bodies to outlying Tijuana cemeteries. A major concern is keeping workers safe from contamination.

“They are putting the bodies in not just one, but two body bags. The one from the hospital. The other one from the funeral home is used to protect their own workers. And, they are not allowing the people to get close to their (deceased) relatives,” said journalist Vicente Calderon, editor of Tijuanapress.com.

Calderon said relatives are waiting in line at the Tijuana morgue to claim the remains of their loved ones.

“The number of people dying is about five per day due to drug-related violence. But then you have the high number of casualties due to the COVID-19.  So, the funeral homes and the morgue here that were already overwhelmed are now going for more difficult situations,” Calderon said.

The Baja government is stepping in amid complaints of price gouging at private funeral homes by ordering a flat rate of $300 dollars for cremation services.

Forty percent of the health care work force is out due to COVID-19 infection, or because they fall into high risk categories, according the union representing health workers in Tijuana.

Calderon said donations of personal protective gear for hospital workers are coming in from San Diego.

“We do have a failing health system in Mexico under normal conditions but this is just making it worse. The good news is the community has been responding in favor of the hospital workers,” Calderon said.

Parks and beaches remained closed in Tijuana. People are supposed to wear face coverings in public, but Calderon said there was little enforcement. Essential businesses like pharmacies remain open in the border city.

Restaurants only are open for takeout orders.

Like in the United States, people are pushing the government to reopen businesses for economic reasons. U.S. Customs officers have reported a 70 percent decrease in passenger car traffic crossing the border in the San Diego region.