California father charged with murdering his 2 toddlers in Mexico, will be detained in LA jail until arraignment

Matthew Taylor Coleman was charged Wednesday in the death of his two young children in Mexico. 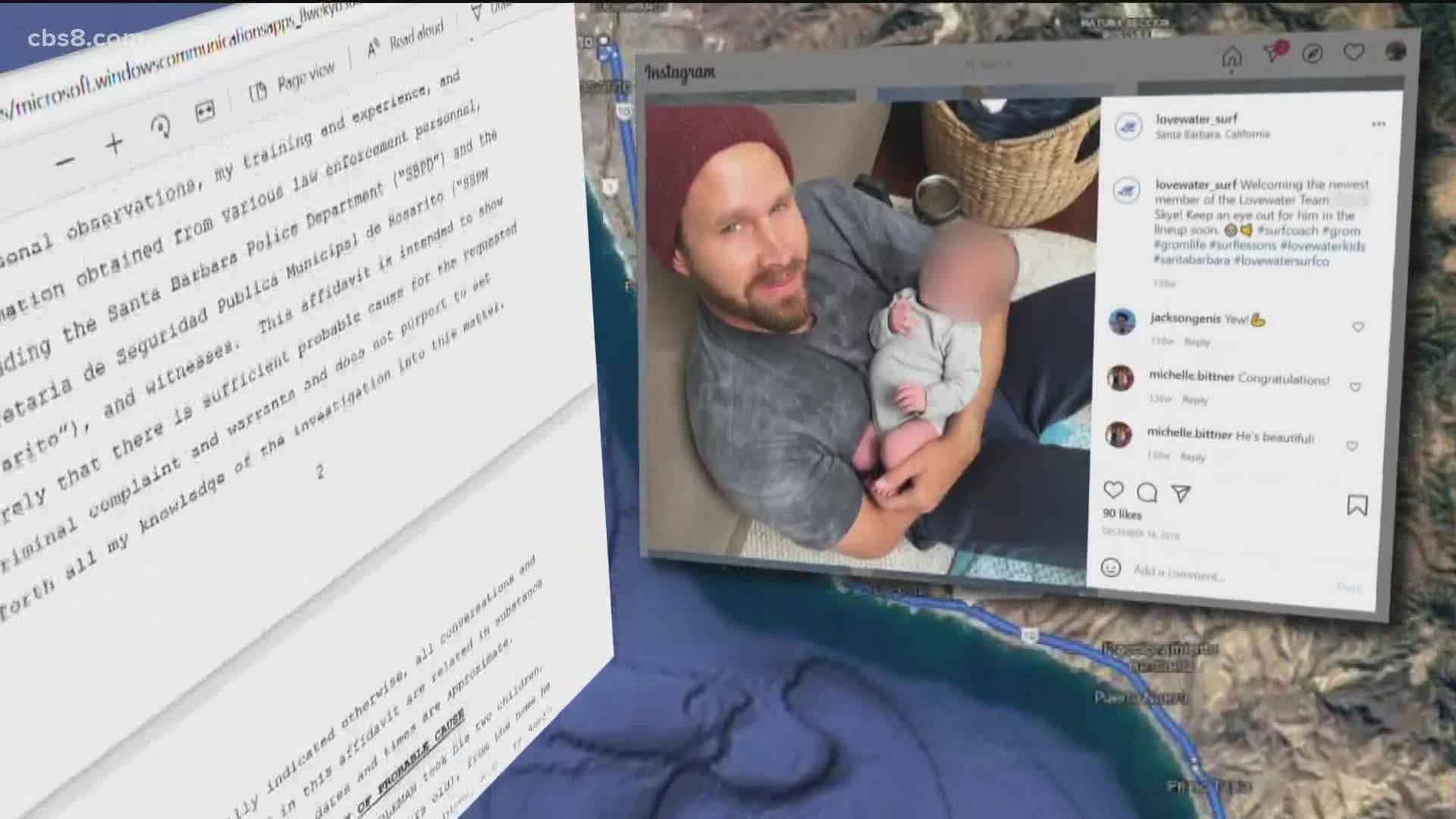 ROSARITO, Baja California — WARNING: The story contains graphic content that may not be suitable for some audiences.

Matthew Taylor Coleman, 40, has been charged in murdering his 10-month-old daughter and 2-year-old son.

According to United States District Court for the Central District of California, On Aug. 7, Coleman took his two children, from his house in Santa Barbara, California to Rosarito, Baja California, Mexico. While in Rosarito, Coleman murdered his children by shooting a spear fishing gun into their chests.

On Aug. 9, during a interview, Coleman confessed to the murders.

According to the court documents, Coleman stated, "he believed his children were going to grow into monsters so he had to kill them."

Coleman continued to explain that he was enlightened by QAnon and Illuminati conspiracy theories and was receiving visions and signs revealing that his wife, possessed serpent DNA and had passed it onto his children. Coleman said that he was saving the world from monsters.

U.S. Magistrate Judge Jacqueline Chooljian ordered Coleman to be detained without bond. His arraignment is scheduled for Aug. 31 in Los Angeles.

Coleman was arrested at the San Ysidro border entry Monday on suspicion of killing his two young children while in Rosarito, Mexico, authorities said Tuesday.

Prosecutor Hiram Sánchez Zamora of Baja California said in a press briefing that a 911 call was received Monday just before 7:30 a.m. reporting the discovery of the bodies of a boy and girl near El Descanso Ranch in the Primo Tapia district.

According to authorities, both children appeared to have stab wounds to their bodies consistent with a wooden stake found nearby which is considered a possible murder weapon.

During an investigation, law enforcement found that on Saturday, Coleman had checked into City Express Hotel located near the Reforma neighborhood on the Tijuana-Ensenada Freeway with his two children.

Sánchez Zamora said information is being shared with authorities in the U.S. who arrested Coleman as he was returning through the San Ysidro border crossing.

Leading up to Coleman's arrest, Santa Barbara police confirm that Coleman's wife had reported her husband and her two young children missing, saying that she was concerned for their well-being. Further investigation by police determined that the three had possibly crossed into Mexico.

Authorities on both sides of the border are now working to return the bodies of the two children here to California.

Coleman could be extradited to Mexico to face charges. If ultimately convicted of his children's' murders, he could spend at least the next 60 years in a Mexican prison.

An FBI office in Los Angeles released the following statement on the case to News 8 on Tuesday:

"The FBI is working with police in Santa Barbara following a report they received about three missing persons - one adult male and his two children who are believed to have crossed the southern border into Mexico.  A joint investigation is underway among the Santa Barbara Police Department, the FBI in Los Angeles and San Diego, U.S. Customs and Border Protection and Mexican authorities. Currently, the adult male is in federal custody and the investigation is continuing."

The following is the full Criminal Complaint PDF file: