Despite smaller crowds, the number of rescues increased. Last year, San Diego lifeguards made 230 water rescues, this year they made close to 380. 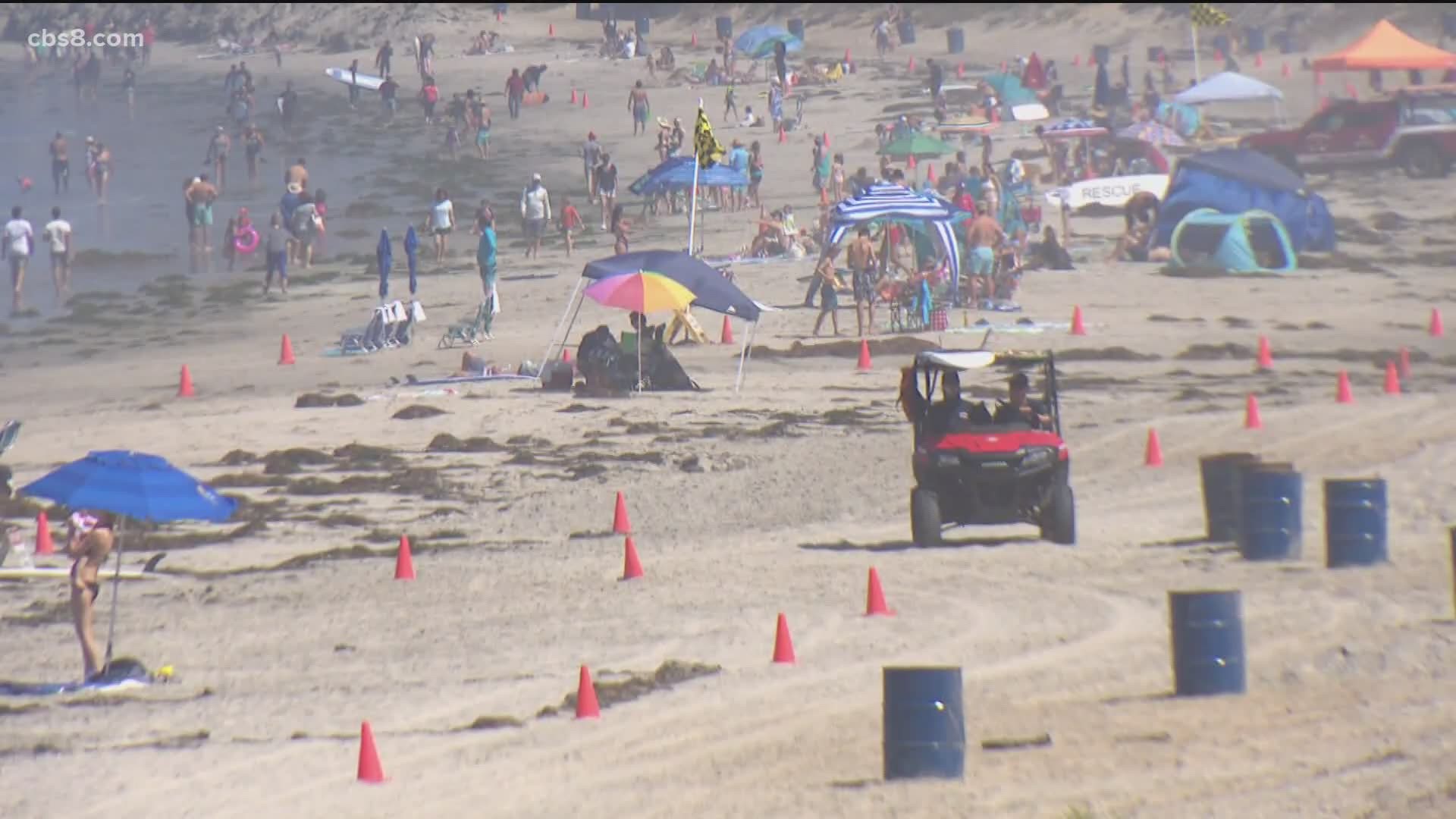 San Diego beaches were packed throughout Fourth of July weekend with big crowds at Mission and Pacific beaches. All those bodies combined with high surf kept San Diego lifeguards busy.

There was concern that because other beaches in the state were closed, San Diego would see even larger crowds than usual, however lifeguards said that wasn't the case. Last year 380,000 people visited San Diego beaches, this year that number dropped to about 200,000

Despite the smaller crowds, the number of rescues increased.

"We were consistently making water rescues,” said San Diego Lifeguard Sgt. Charlie Knight. “[There were] a lot of people moving around on the beach.”

"We had some strong rip currents especially with the tide going out, some larger surf about 5’ to 7’ surf so that definitely made us busy,” Sgt. Knight said.

He said people kept getting stuck in those powerful rip currents and lifeguards had to pull them out.

"If you do get caught in a rip current, don’t panic, swim parallel to shore and into the beach,” he said.

Lifeguards also performed 4,000 preventive acts and 35 medical aids. Sgt Knight said some of the problems were due to stingrays.

"We’ve had a good amount of stingrays and then omissions over the past couple days so they’re definitely out there,” he said. “Make sure you go out and shuffle your feet.”

As for the public health order, lifeguards said overall people followed the rules.

"People seem to be social distancing the best that they can,” said Knight. “We’re happy with what we’re seeing and it’s totally manageable from a lifeguard standpoint.”

Lifeguards said they did educate some people about the rules but were so busy with water rescues they didn’t have time to enforce the rules. However, they said San Diego police were out patrolling the beach areas as well.