There is growing concern visitors will crowd San Diego beaches because they can't go to their own. 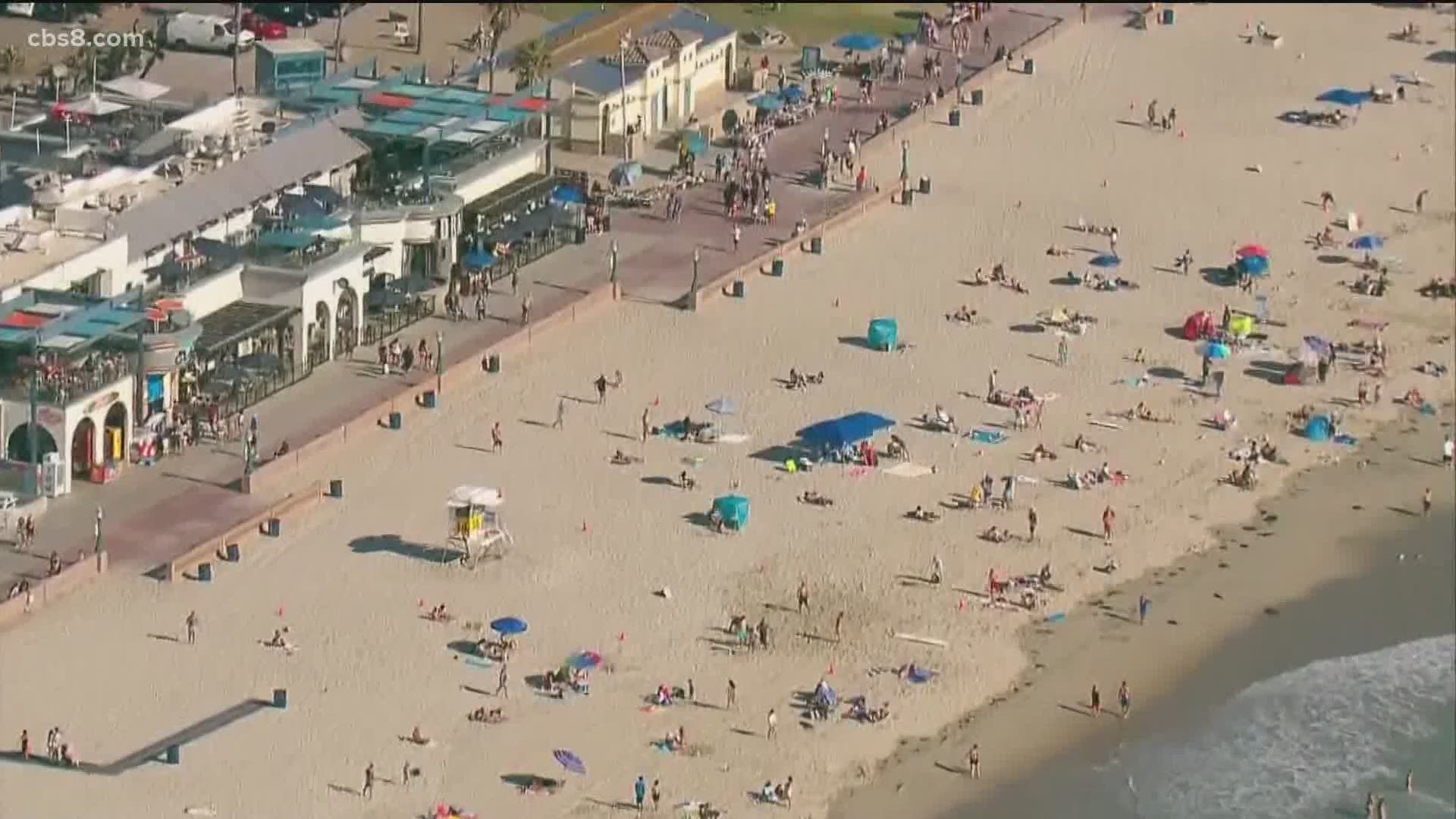 SAN DIEGO COUNTY, Calif. — A rise in coronavirus cases in San Diego County on Thursday did not stop beachgoers from getting out to start the holiday weekend.

From the ground, beachgoers appeared to be tightly packed together, but from above it looked like many kept their distance.

“We take care of ourselves and stay away,” said Temecula mom Linda Bowler.

San Diegans appeared to get the message, but just before the official Fourth of July holiday there was concern that visitors will crowd the county's beaches because they can't go to their own.

“Slowly it’s been getting busier and busier, but this is a lot of people,” said Surfer John Garwood.

“My opinion it would be better if the beaches were all open and it would prevent some of that congregating going on,” said tourist John Larson.

That congregating is what California officials were hoping to avoid when they announced Wednesday the full closure of all state beaches in Los Angeles and Ventura counties, and restricted parking access, until Sunday, July 5.

“Seems like a good thing just given how crazy everything's been,” said a San Diego resident.

Many tourists were already arriving in San Diego Thursday for a quarantine escape. Gopal Anand brought the whole family from San Jose.

“It’s worse out there. Sitting at home for four months, three months. I think this was a welcome break,” said Anand.

To minimize crowds at state beaches and to slow the spread of COVID-19, California has closed all state beach parking lots in Southern California for the Fourth of July weekend beginning Friday, July 3 through Sunday, July 5.

The city of Oceanside closed its beach lots as well.

RELATED: Cities in Los Angeles County crack down on mask violations with fines