The driver's Prius was found in the 6800 block of El Cajon Boulevard, but police have not located the driver, according to Officer John Buttle. 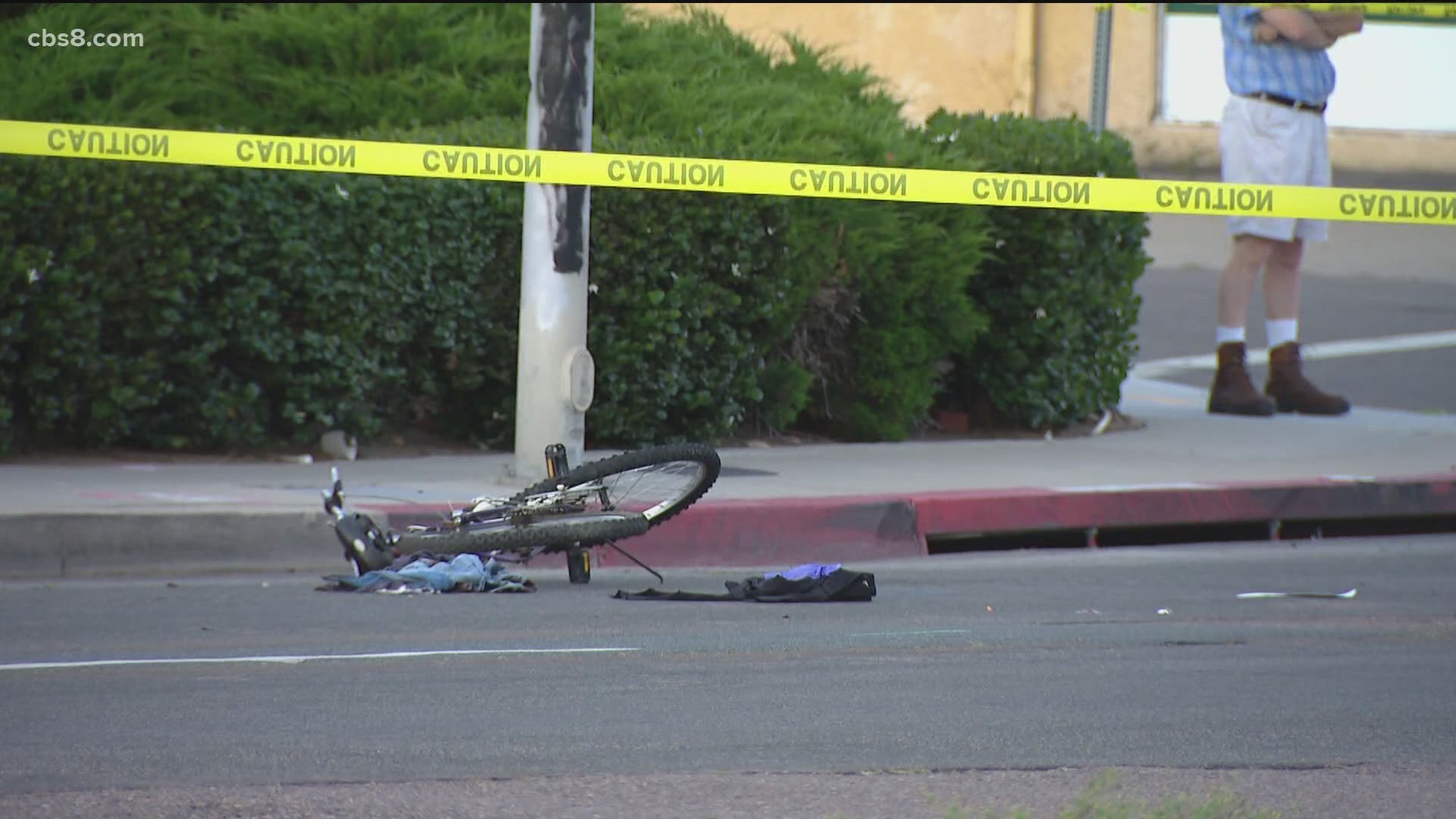 SAN DIEGO COUNTY, Calif. — A cyclist in his 40s was killed on Tuesday night by a hit-and- run driver in a red Toyota Prius in the Rolando area of San Diego.

The crash occurred about 7:05 p.m. near University Avenue and Alamo Drive, according to Officer John Buttle of the San Diego Police Department.

The suspect vehicle was traveling westbound in the No. 1 lane of the 6600 block of University Avenue approaching Alamo Drive when the driver made a sweeping left turn southbound and the car struck the bicyclist, who was thrown from his bike and landed several feet west of the crash, Sgt. Kevin Gibson said.

The driver got out of his car, picked up the injured bicyclist and placed him back on the street, then got back into his car and drove away westbound on University Avenue, then northbound onto Aragon Way, Gibson said.

The victim, whose name has not been released, was taken to a hospital, where he died, Buttle said.

The driver's Prius was found in the 6800 block of El Cajon Boulevard, but police have not located the driver, according to Buttle.