When donors give blood, they will receive a voucher for two tickets to one of the Padres' two home games against the Baltimore Orioles July 29 and 30. 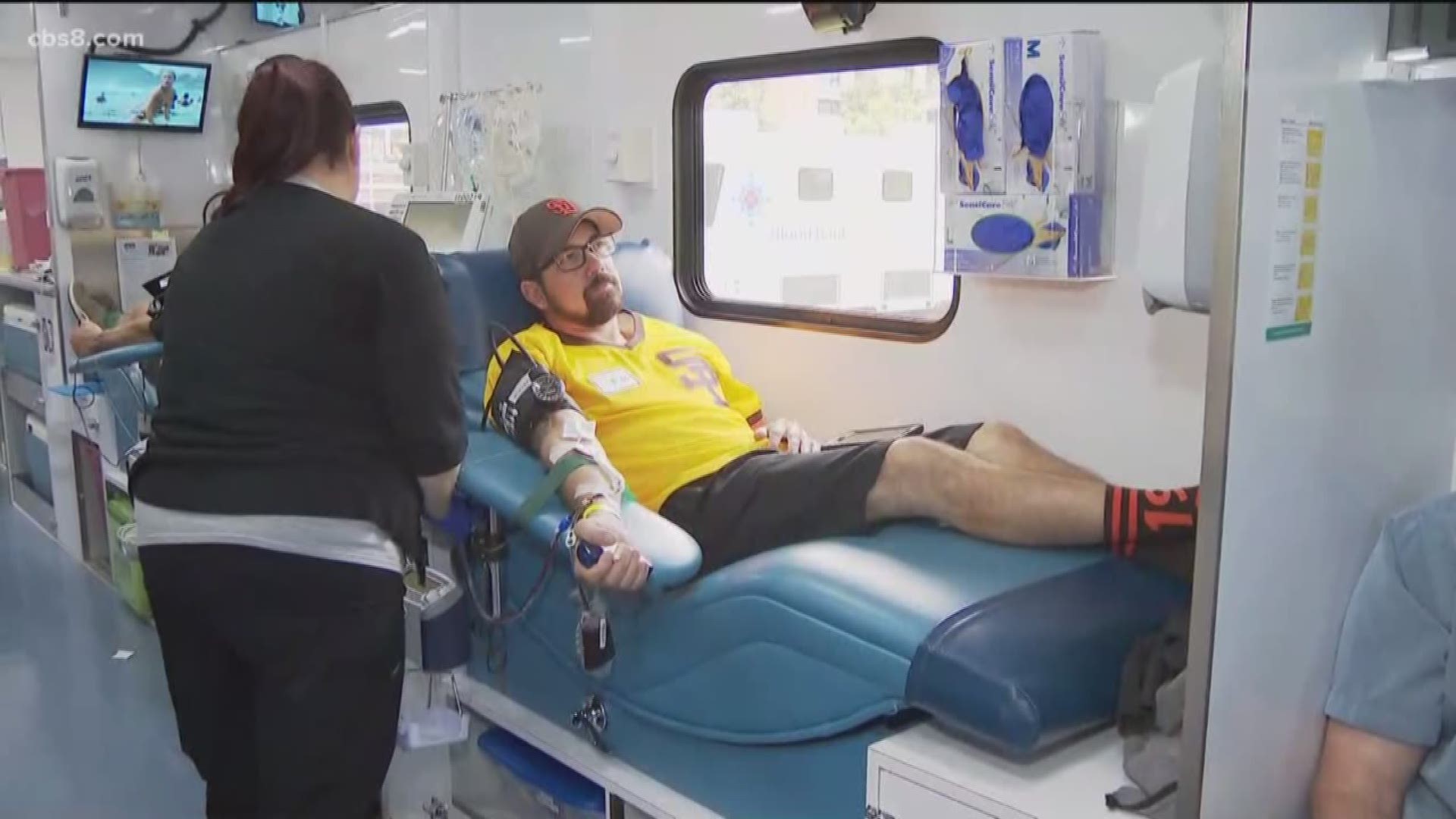 SAN DIEGO — The San Diego Padres host their Summer Blood Drive for the third year. From 8 a.m. until 5 p.m. on Tuesday, June 18, donors who stop by Petco Park's Park in the Park will get two tickets to the Padres Game against the Baltimore Orioles on July 29 or 30, as well as free parking in the Lexus Premier Lot for the game. San Diego Blood Bank's Claudine Van Gonka says Tuesday's event kicks off the summer donation season, a time of year donations are typically down.

In addition to complimentary tickets and free parking, donors will also have the opportunity to meet current and former Padre players and get autographs. The Friar and Pad Squad will also be at the park throughout the day.

Though many people have made appointments, walk-up donors are still encouraged to come to the par and will be able to donate if they are 17 years or older and in good health. San Diego County Credit Union will be hosting two drawings to win $500.

Ashley Jacobs has more on the event and its impact on the community.