After a Leander school bus driver drove around a barricade surrounding a low water crossing, the school district said he has been fired and arrested. 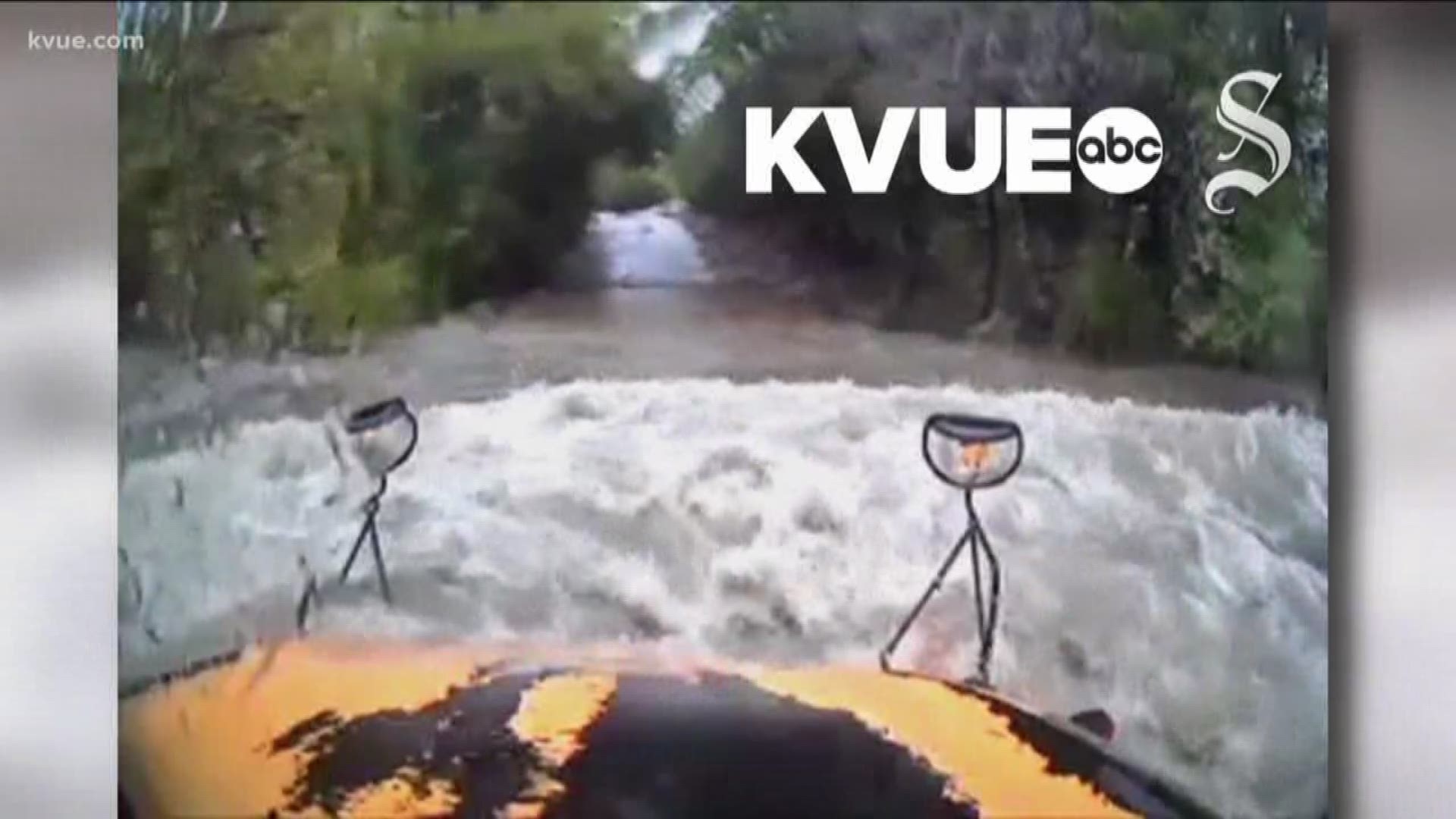 TEXAS — On Thursday, KVUE's and the Austin American-Statesman's Tony Plohetski obtained exclusive dashcam footage showing the moments a Leander school bus entered a low water crossing, then floated down a swollen creek until rescuers saved the driver and a student.

In the morning of Oct. 16, a bus driver with Leander Independent School District attempted to drive over a low-water crossing by driving around a barricade, resulting in his firing and arrest, the school district said.

Nathan Deyoung, 57, was arrested on charges of failing to obey warning signs/barricades over roads and endangering a child. His bond was set at $10,000. 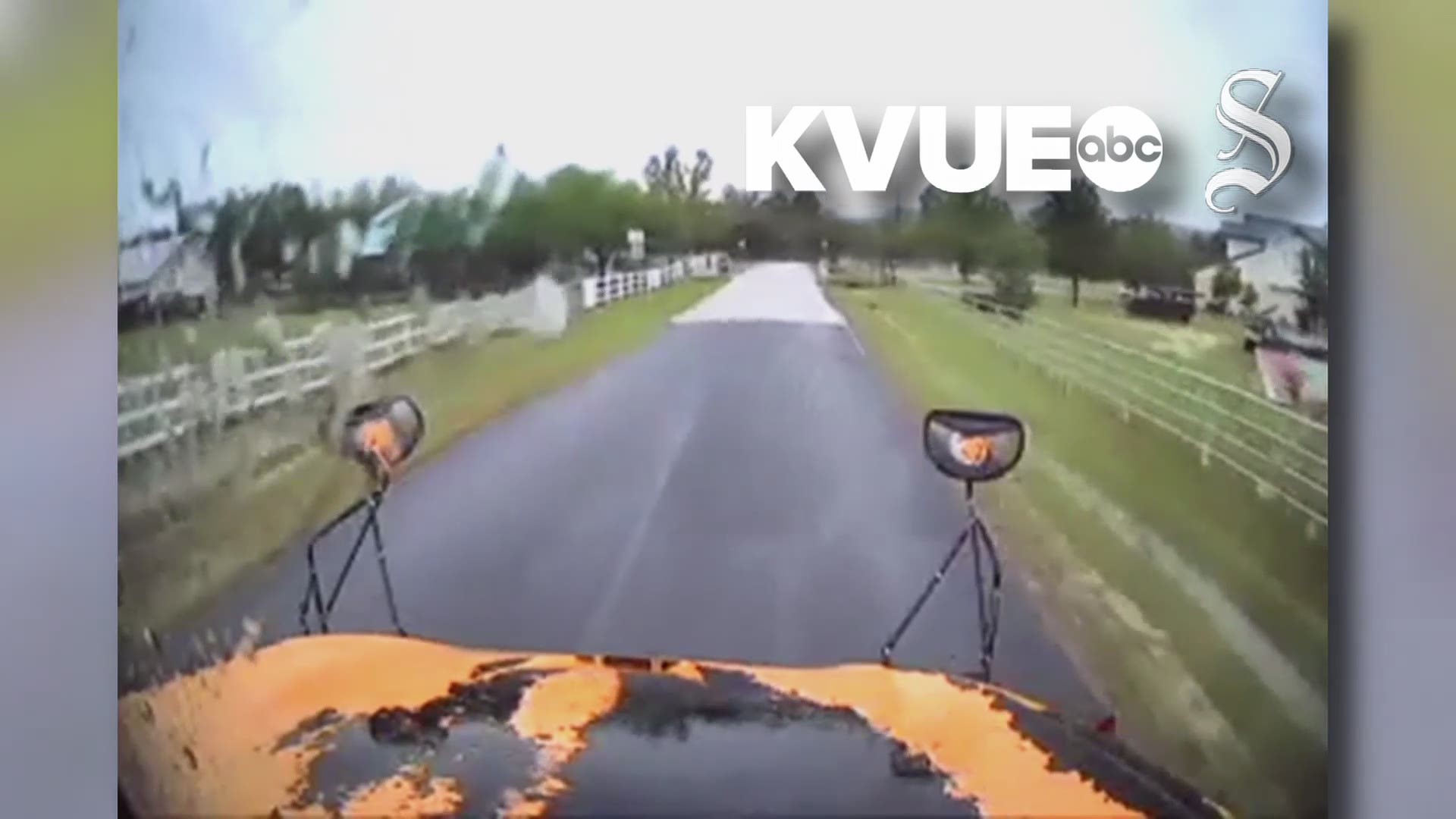 Leander ISD said that at 8:28 a.m., Deyoung attempted to drive over a low-water crossing on County Road 177 while heading east from Ronald Reagan Boulevard toward County Road 175. The school bus got caught up in the high water, and Deyoung and a 12-year-old middle school student had to be rescued. The student was treated on scene and his family picked him up, officials said.

In a Facebook post, the boy's mother -- Ashley Ringstaff -- described getting a phone call from her son, saying, "I hope no one ever has to listen to their child or loved one preparing to die because of a stupid decision that should have never been made."

KVUE's Tony Plohetski spoke with one of the officers who helped rescue the student.

"The child was concerned, but I think with the conversations and the comments of the crew and the interactions with our staff, when he came to the shore he was calm and he was collected," said Bill Gardner, fire chief. "He knew that people had a plan and that they were there to get him."

A viewer sent KVUE photos of a bus that was stuck in high water at County Road 177.

Credit: Markus, viewer
A school bus that was found in Brushy Creek at CR 177 in Williamson County.

Officials said they responded to another water rescue in Williamson County the same day. Two people were sent to a local hospital after they were rescued from a vehicle stuck in high water off Country Road 251 in the Andice area, officials said.

At 1:22 p.m. Tuesday, KVUE's Jenni Lee shared of video of crews trying to rescue a car from rising water East of Marble Falls on MR 1431.

Explainer: How do the Highland Lakes and dams work?