Both Zimmerman and Ross were part of the World Series-winning 2019 season that brought the Nationals its first World Series in franchise history. 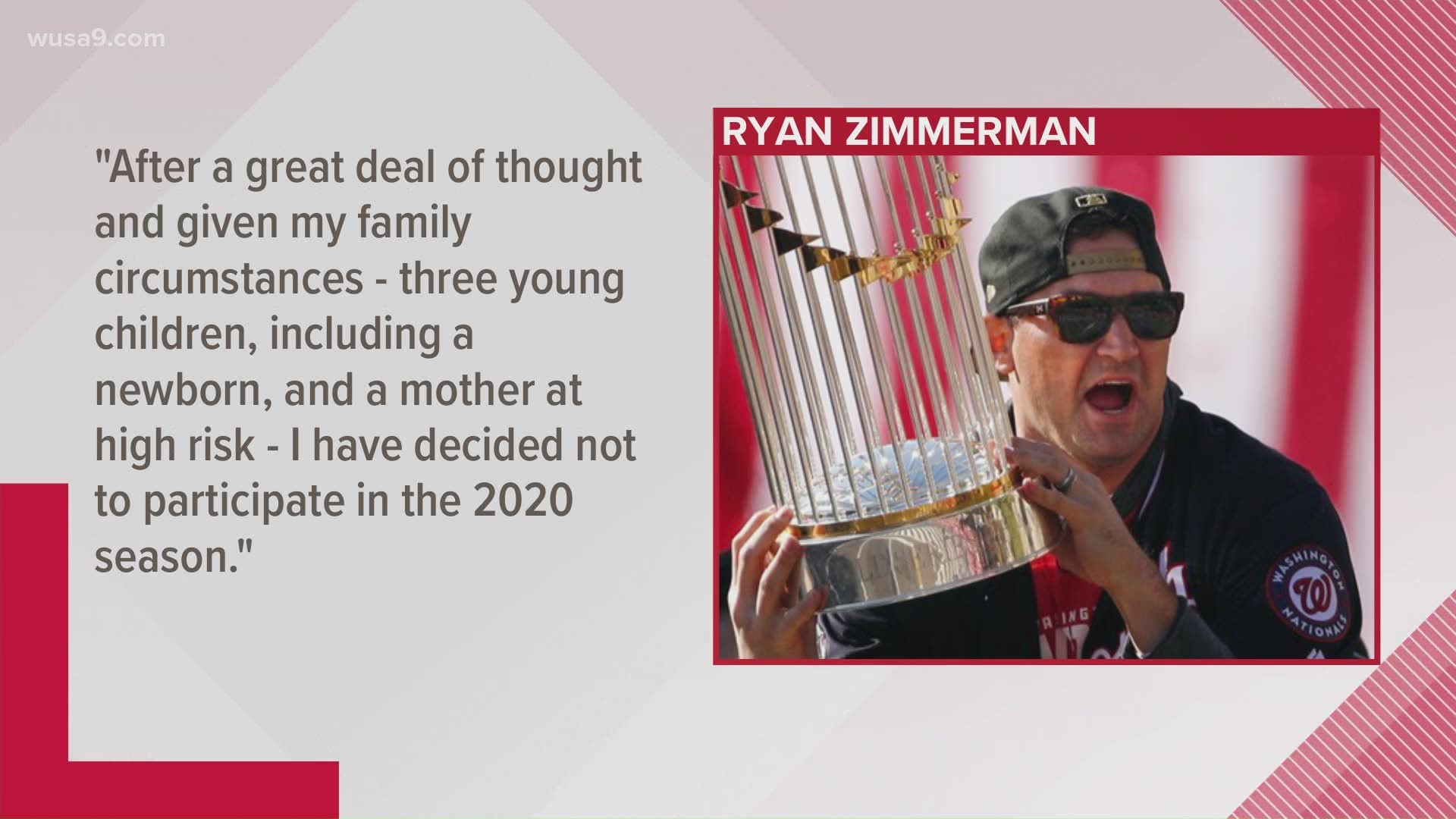 WASHINGTON — Washington Nationals first baseman Ryan Zimmerman and pitcher Joe Ross will not participate in the shortened 2020 MLB season, said the team in a Monday announcement.

Both Zimmerman and Ross were part of the World Series-winning 2019 season that brought the Nationals its first World Series in franchise history.

The Washington Nationals and CAA Baseball, the latter who represents Ryan Zimmerman, released statements on Twitter about the decision.

"Ryan Zimmerman and Joe Ross have decided not to participate in the 2020 season for the personal health and safety of themselves and their loved ones. We are one hundred percent supportive of their decision to not play this year. We will miss their presence in the clubhouse and their contributions on the field," said Mike Rizzo, Washington Nationals President of Baseball Operations and General Manager.

Zimmerman and Ross are not the only professional athletes that have opted not to participate in shortened seasons or a return to play initiatives by sports leagues across the country amid reopening from the COVID-19 pandemic.

Washington Mystics Natasha Cloud said she would not participate in the shortened WNBA season so she can focus on social injustice issues following the death of George Floyd in late May.

Multiple NBA players have said they will not play in the return to play that the NBA has scheduled for July. One of them is Lakers point guard Avery Bradley, whose son has struggled with respiratory illnesses in the past, and was unlikely to be able to be in the "bubble" set up for players and their families in Orlando.

The Major League Baseball season will be only 60 games, compared to a 162 games season that's usually seen.

Baseball even happening in 2020 was a stretch after both MLB owners and the league's players union could not agree on terms.

RELATED: US cuts ties with WHO over virus, takes action against Hong Kong