Patrol officers fanned out through the area in search of the shooter or shooters. 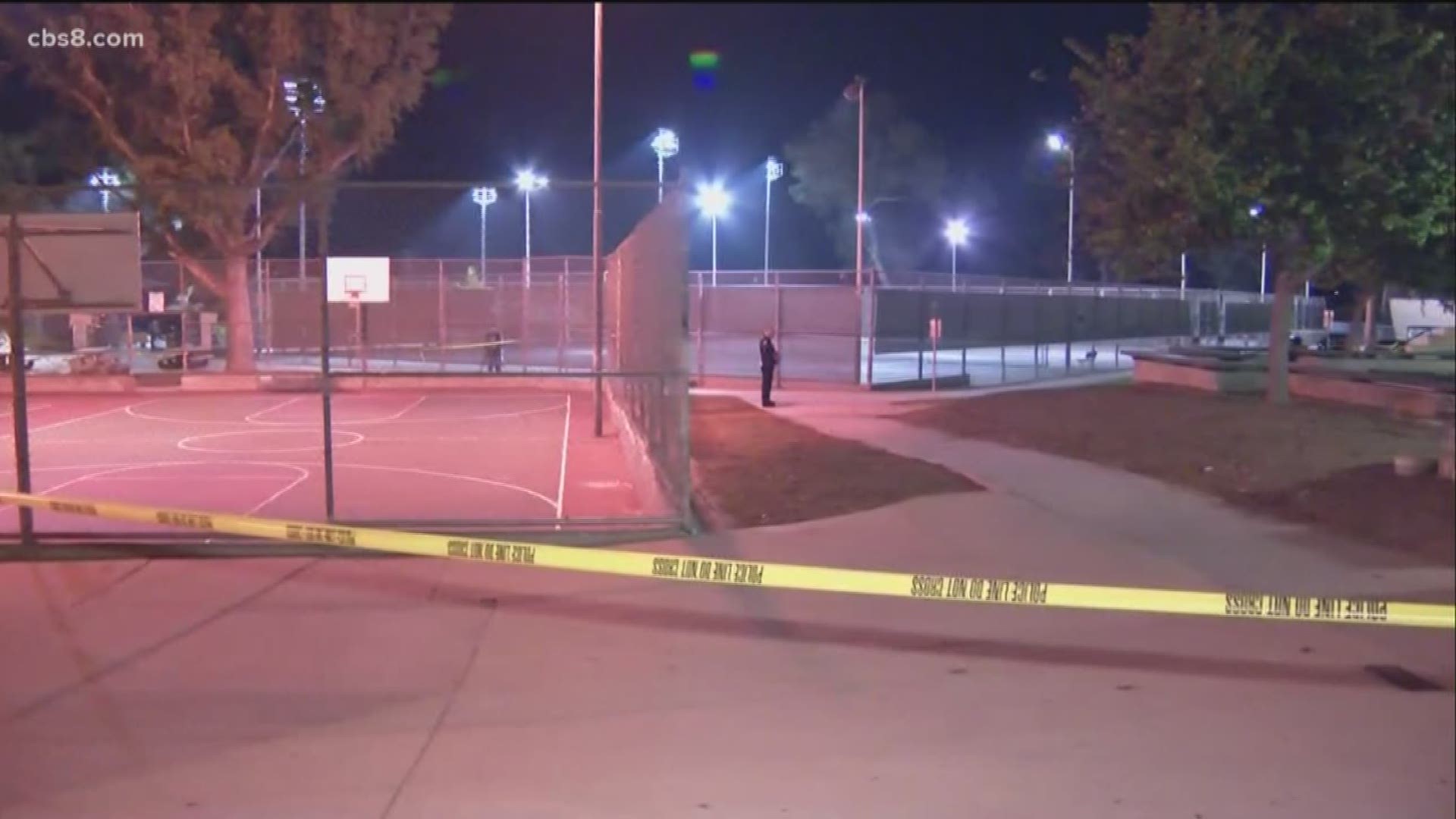 SAN DIEGO — One person was killed late Friday afternoon in a shooting at the Linda Vista Recreation Center.

The gunfire at the recreation center in the 7000 block of Levant Street was reported about 4:45 p.m., according to San Diego police.

“Police arrived on scene and they discovered a young male with gunshots,” said Lt. Martha Sainz with the SDPD.

According to police, a group of men had some arguments outside the center. The men dispersed for a while and then one person came back and shot the victim. The shooting took place near a basketball court, police said.

The victim's names and details on what led to the shooting were not immediately available.

Friday’s shooting is the fifth to take place in the community since May. While all five do not appear to be related, police said residents need to remain vigilant and need to report incidents.

Several people arrived at the scene of Friday’s shooting, including Tasha Williamson, a candidate for mayor and part of a mobile response team that provides support for families who have lost loved ones.

“This community needs support,” she said.

Williamson said while the investigation continues, people need to remember that a life was lost too soon.

“I know a mother and a father are going to get a call or a knock on the door that their child is not breathing,” she said.

Patrol officers fanned out through the area in search of the shooter or shooters. No arrests in the case had been made as of 6 p.m., San Diego Police Department Officer Robert Heims said.