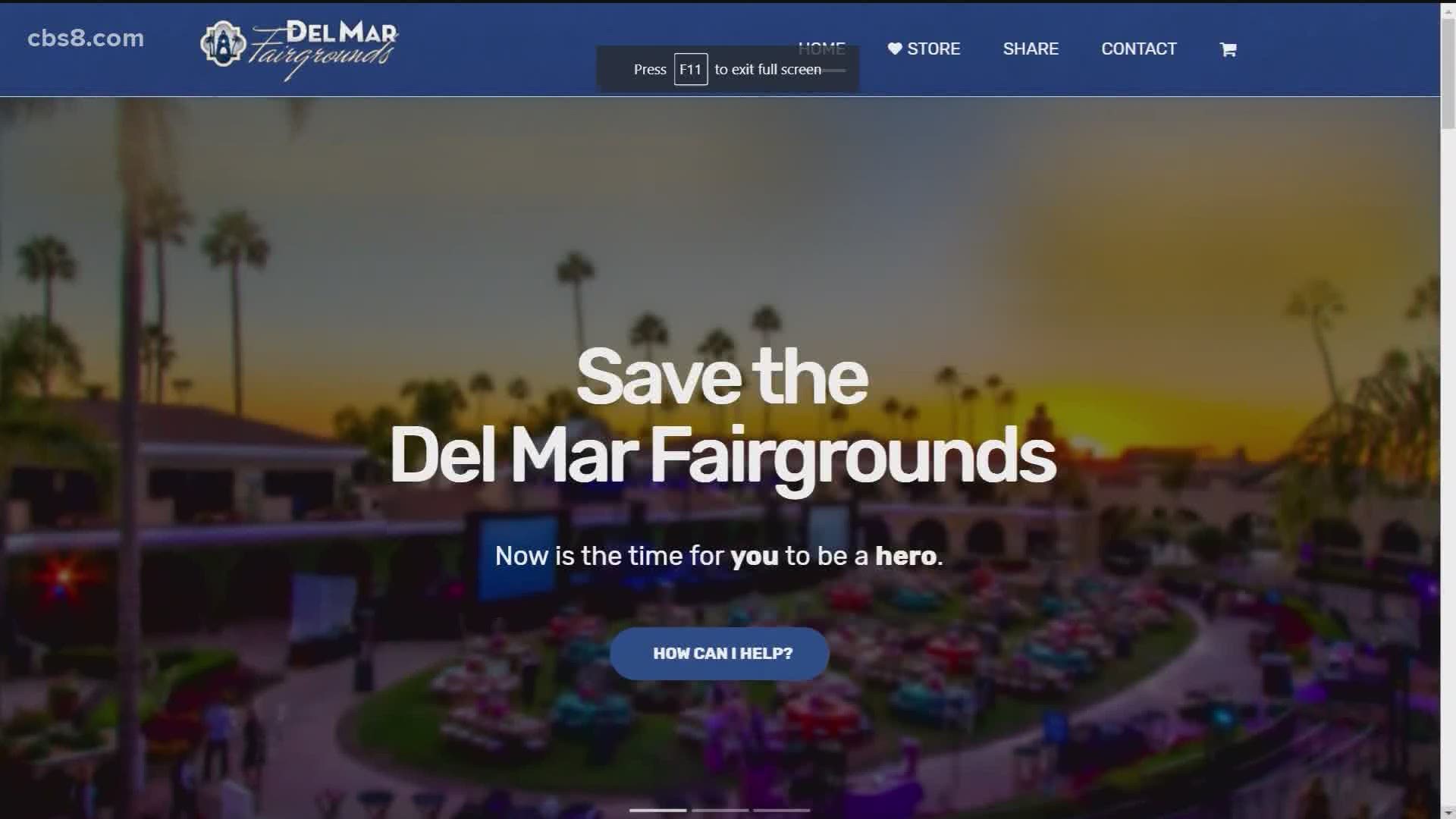 DEL MAR, Calif. — The financial fallout from COVID-19 is now threatening the Del Mar Fairgrounds, and without more money, the fairgrounds are at risk of shutting down.

Fairgrounds CEO Tim Fennell is now appealing to the public for help.

Sad but true. The fairgrounds has resorted to renting out its parking lots to store hundreds rental cars in the wake of the COVID-19 pandemic.

The final blow came earlier this year when CEO Fennell was forced to announce the cancellation of this year's San Diego County Fair.

“If you consider that we weren't able to have events in March, April, May and then now the fair, that's $54 million in lost revenue. So, that's huge. That's a big hit,” Fennell said.

The fairgrounds currently is operating on a skeleton crew with all seasonal and temporary employees laid off.

"We do have security on site. We do have operational people but many of our people are working from home or taking vacation," he said.

The horse race season is set to begin July 10 with no spectators in the grandstands. Racing revenue already was down in the wake of animal rights protesters outside the fairground gates.

“I'm actually hoping that even during our live race meet, maybe not in July but maybe in August, they will allow people to come to the track, spaced out probably, wearing masks and taking temperatures.” Fennell said.

There is some revenue coming in but not much.

“Our miniature golf is opening Friday. Our golf driving range opened a couple of weeks ago. That's encouraging,” the CEO said.

The Del Mar Fairgrounds marketing team launched a web site that urges people to contact politicians and ask that emergency COVID-19 funding be directed to the fairgrounds. You can also buy a t-shirt to support the cause.

“That's helping us to raise revenue. Obviously, it helps get the word out and people wearing it helps marketing our cause, no question. But it's an effort to raise some revenue,” said Fennell.

The CEO said he sent a letter to Governor Gavin Newsom asking for $20 million in emergency funding for the fairgrounds. He has not yet heard back, so he decided to take his message to the people.

RELATED: California Senate plan would reject most of governor's cuts