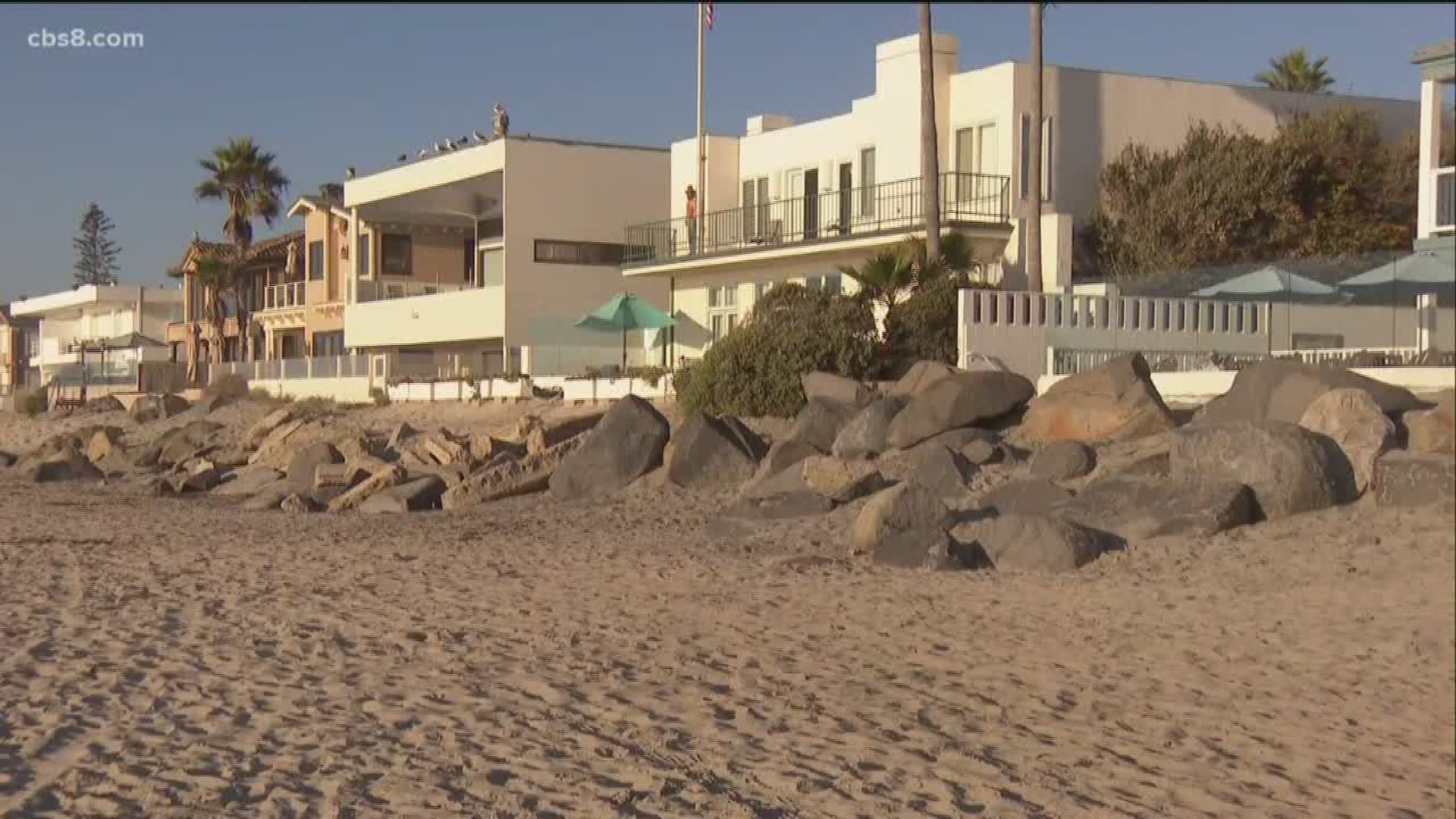 DEL MAR, Calif. — A battle is shaping up over who has control over low-lying coastal communities in California – the state or the city itself. The California Coastal Commission has proposed a strategy known as “managed retreat” which would allow the government to either buy properties threatened by rising sea levels or to move them to another location. But some Del Mar residents say that plan is unacceptable.

San Diego Padres legend Trevor Hoffman was among dozens of Del Mar homeowners who spoke out against the “managed retreat” plan at a city council meeting Monday. The meeting was held as Del Mar prepares to formally present its plan to deal with rising sea levels to the California Coastal Commission.

Del Mar’s leadership has previously indicated that it would reject “managed retreat” in any form. Instead, the city plans to use sea walls and sand replenishment programs to protect low-lying homes from rising sea levels.

Those that spoke out Monday urged the council to take a hard line with the California Coastal Commission.

The city of Del Mar is slated to meet with the commission next week.