“Everyone here is ultimately focused on safety. We're only happy if we have no horses injured at all.” 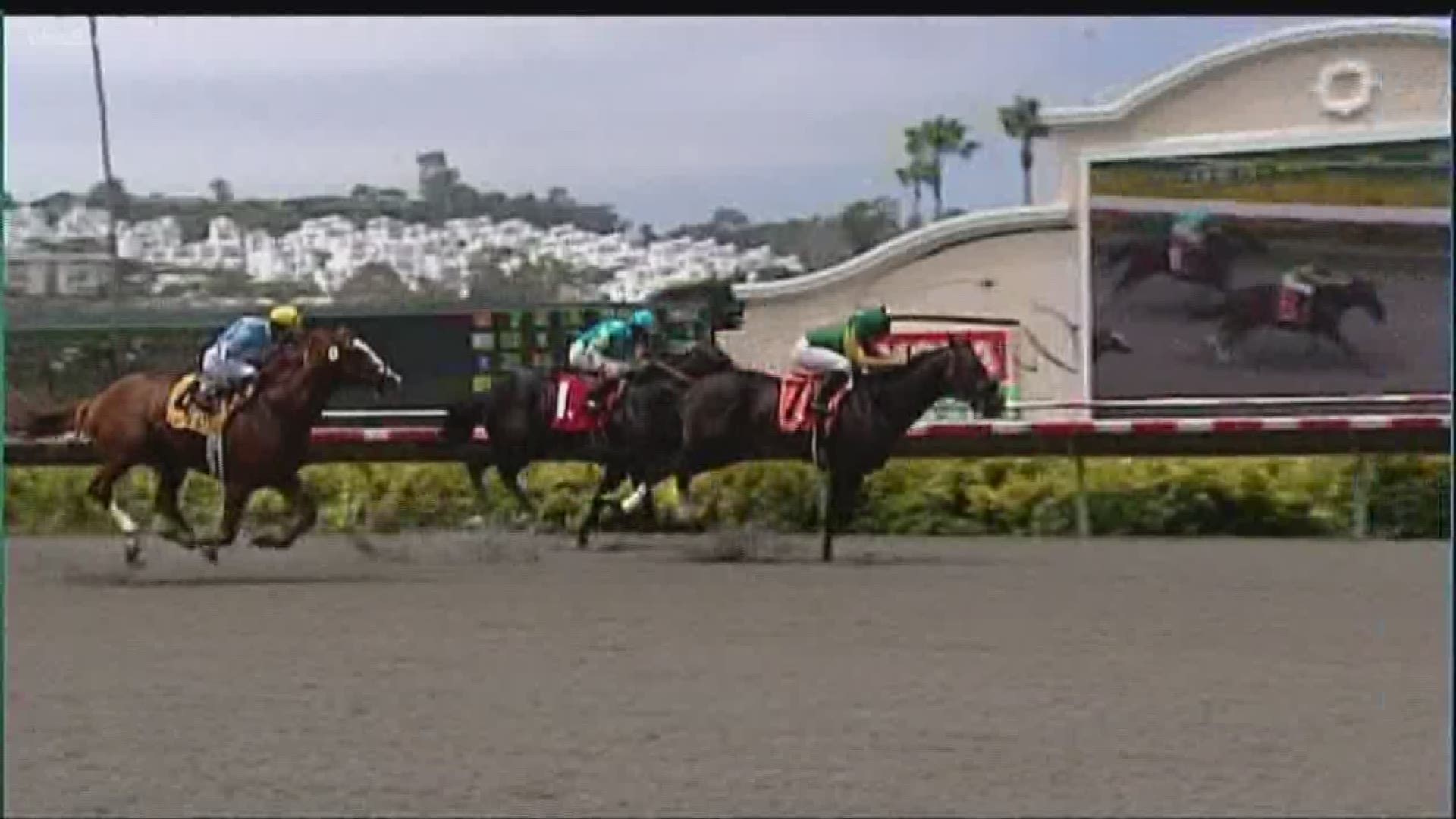 SAN DIEGO — Following 30 horse deaths at Santa Anita this past racing season, Del Mar track officials know the pressure has never been greater to put on a safe meet.

“[It's] a lot of stress” says Leif Dickinson.

As the turf and landscaping superintendent, Dickinson only has 13 days between the end of the San Diego County Fair and opening day of the Del Mar racing season.

News 8 caught up with Dickinson on Tuesday as he worked with a crew on the turf. About a third of the races this season will be run on grass.

“We focus on keeping this as soft as we can possibly keep it - just shy of where it doesn't tear up - but just firm enough where it stays together.  Soft for horses is good," he said.

Dickinson says months of hard work go into the grass to make sure it’s ready for opening day and doesn’t fall apart during the 36-day summer racing season.

And while Dickinson is focused on the turf, Del Mar Thoroughbred Club CEO Joe Harper stresses other changes at the track are being made to make sure they’re putting horse safety first.

He believes a combination of bad weather and poor management decisions contributed to Santa Anita’s problems this past season and adds that Del Mar – which had 6 deaths last season – is making even more changes to improve safety.

“We want to make sure the public knows we're doing everything possible - everything we can think of - to make sure those horses that come out in the afternoon are as pristine and healthy as possible,” Harper said.

Back in 2016, Del Mar had its own rash of deaths with 17 horses dying in one season. Racing officials completely changed out the dirt track and the number of deaths immediately dropped dramatically. Down to 5 in 2017 and 6 in 2018.

“For the last 2 years, Del Mar has been one of the safest - if not the safest - race track in North America," said Harper.

But track officials say they are not resting until the number of deaths drop to zero. This year, they are adding more veterinarians to watch morning workouts to make sure injured horses are quickly spotted and evaluated.

They're also running less races and are limiting the number of horses during morning training sessions - creating a safer workout environment.

“Everyone here is ultimately focused on safety,” Dickinson said.  “We're only happy if we have no horse injuries at all.”