Track officials point out their track has been one of the safest in the nation over the past two years. 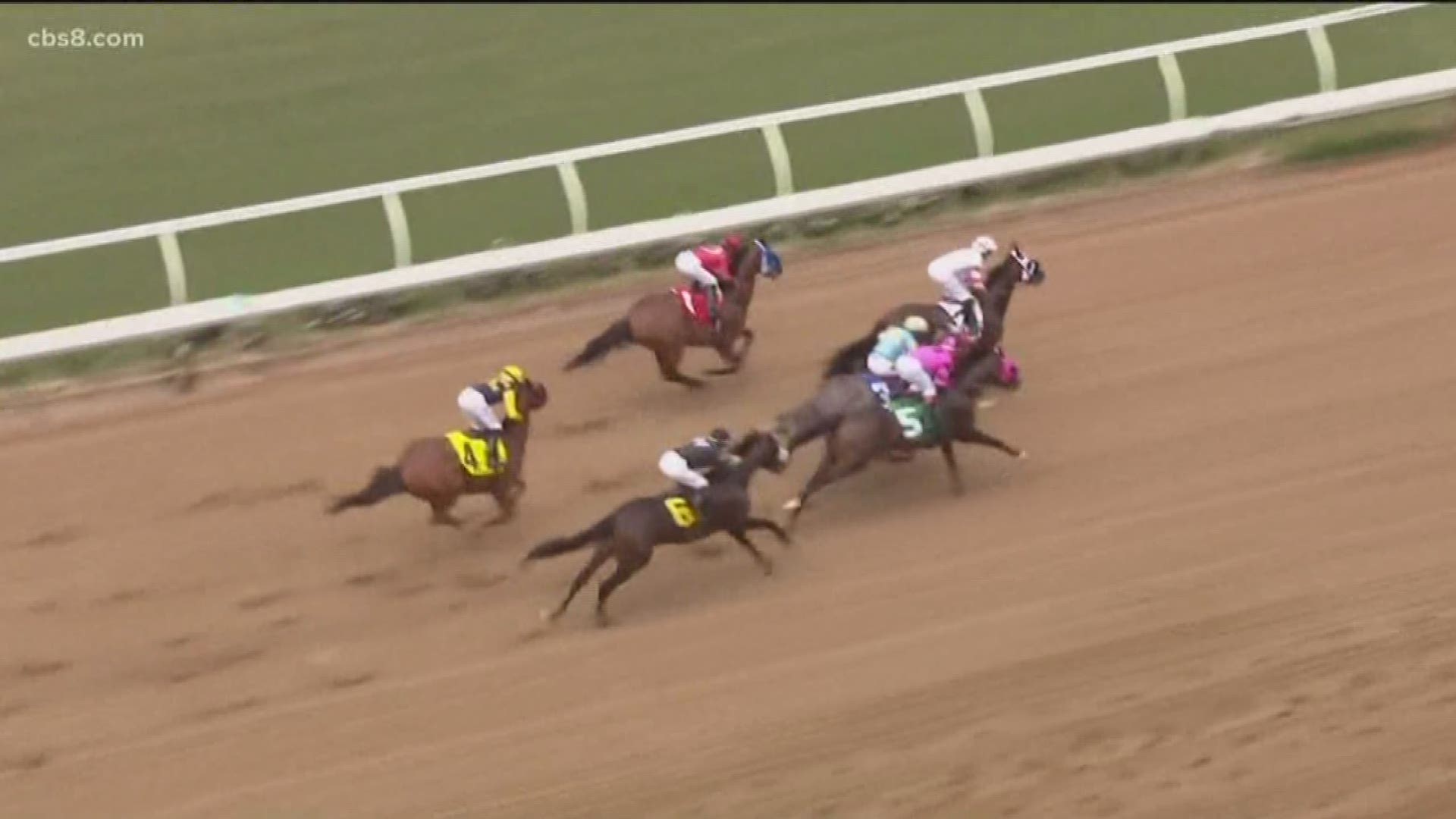 DEL MAR, Calif. — Another Del Mar racing season is out of the starting gate, but not everyone is happy about that - especially after 30 horses died at Santa Anita racetrack last season.

“Horse racing is not a sport for the horses,” said Ellen Ericksen. “They are not athletes. They are horses which bodies get used and abused for financial gain only.”

Ericksen was one of more two dozen protesters who stood outside Del Mar’s entrance gates on opening day Wednesday holding signs and handing out informational pamphlets. They were hoping to convince people not to go inside, but many opening day bettors told us they didn’t think the protesters had a winning argument.

“I think it’s not fair to put Del Mar in the same category as Santa Anita because this is a completely different track,” said Guy Mondt who was experiencing his first opening day at Del Mar.

Del Mar Thoroughbred Club officials agree, pointing out their track has been one of the safest in the nation over the past two years. Every horse racing in this meet has to pass an evaluation by a track veterinarian and two full-time veterinarians now monitor morning workouts. Horses that appear to be injured must be cleared before they can safely race. Fans appreciate the track’s efforts.

“Del Mar has definitely taken steps to make it fun for everyone and have protection for the horses,” said Robin Gagnon, who was attending her 33rd opening day.

Gagnon did notice that the crowd – at least early on – was smaller than in previous years and she’s wondering if some people are staying away because of what happened at Santa Anita, but fans and protesters agree on one thing: Everyone’s a winner when no horses get hurt.