It's a holiday about healing through art and family. 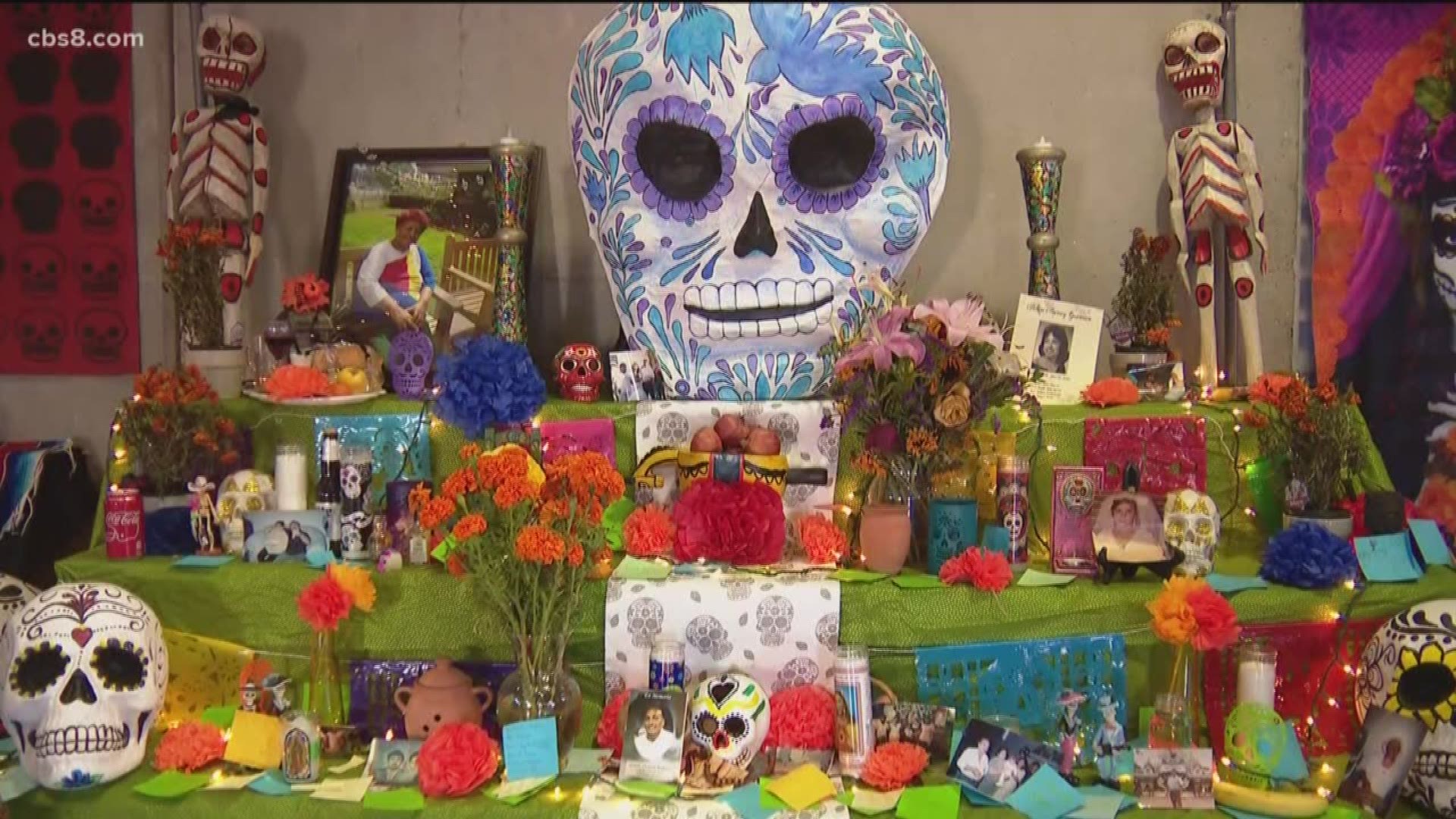 SAN DIEGO — In Sherman Heights, artists are hard at work preparing for one of San Diego and Mexico's oldest traditions. The colorful, eye-catching pieces are hard to miss, but they aren't just about beauty. For these artists, art is a productive form of grieving on Día de los Muertos. Their works of art represent the memory of loved ones that have died.

Many think of black when they think about death and funerals, but Día de los Muertos embraces color.

"This is a healing process," said Daniel Pozos, organizer of the Day of the Dead celebration in Sherman Heights.

At the start of each November, families gather to memorialize those that have died. It's believed that during this time of year, the spirits of dead loved ones return to earth to celebrate with friends and family.

"[The purpose is] to remember them and love them and honor them in a public space," said Pozos.

Over in Old Town, artists spend several months carefully crafting for the Mexican holiday, including the artists from Fiesta de Reyes.

These are some of the pieces that artists Eric Minella, Michael LeBold, Renee Tay, Celeste Robinson, Gwen Annese and Alexis Ross have worked together to create for Día de los Muertos:

"Eric’s inspiration is the original creator of La Catrina, Jose Guadalupe Posada, who created and popularized the idea of Catrinas to celebrate the traditional holiday late in the 19th and early 20th centuries," said Simms.

Hector Rodriguez has his own approach to the holiday. He's a Marine Corps veteran and calls Old Town "home." He creates an altar filled with special pieces to honor veterans that have died, often due to addiction.

"[It] helps support the spiritual journey of the lives of those we've lost and those who love them," said Rodriguez. 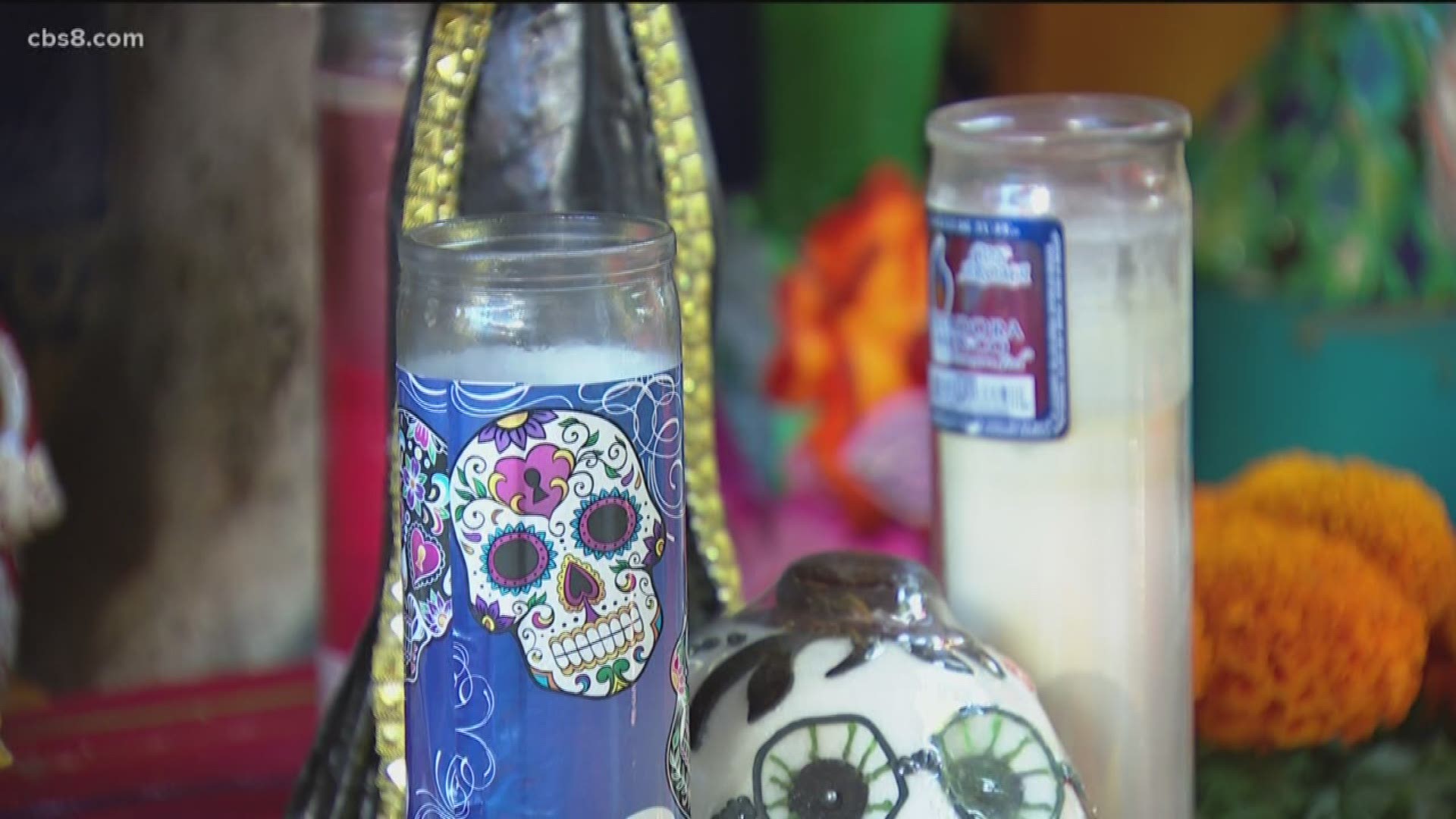 It's hard to talk about Día de los Muertos artwork without talking about the altars. Many often display the artwork and different items on the personalized altars that memorialize their loved ones.

Dr. Antonieto Mercado is a professor at the University of San Diego. Mercado says you don't need to be a professional artist to take part in the annual celebration.

"The important thing is that it's a community gathering and a moment to remember the people who have passed," said Mercado.

News 8's Monique Griego decided to create an altar to remember her dad, who passed away when she was in high school: 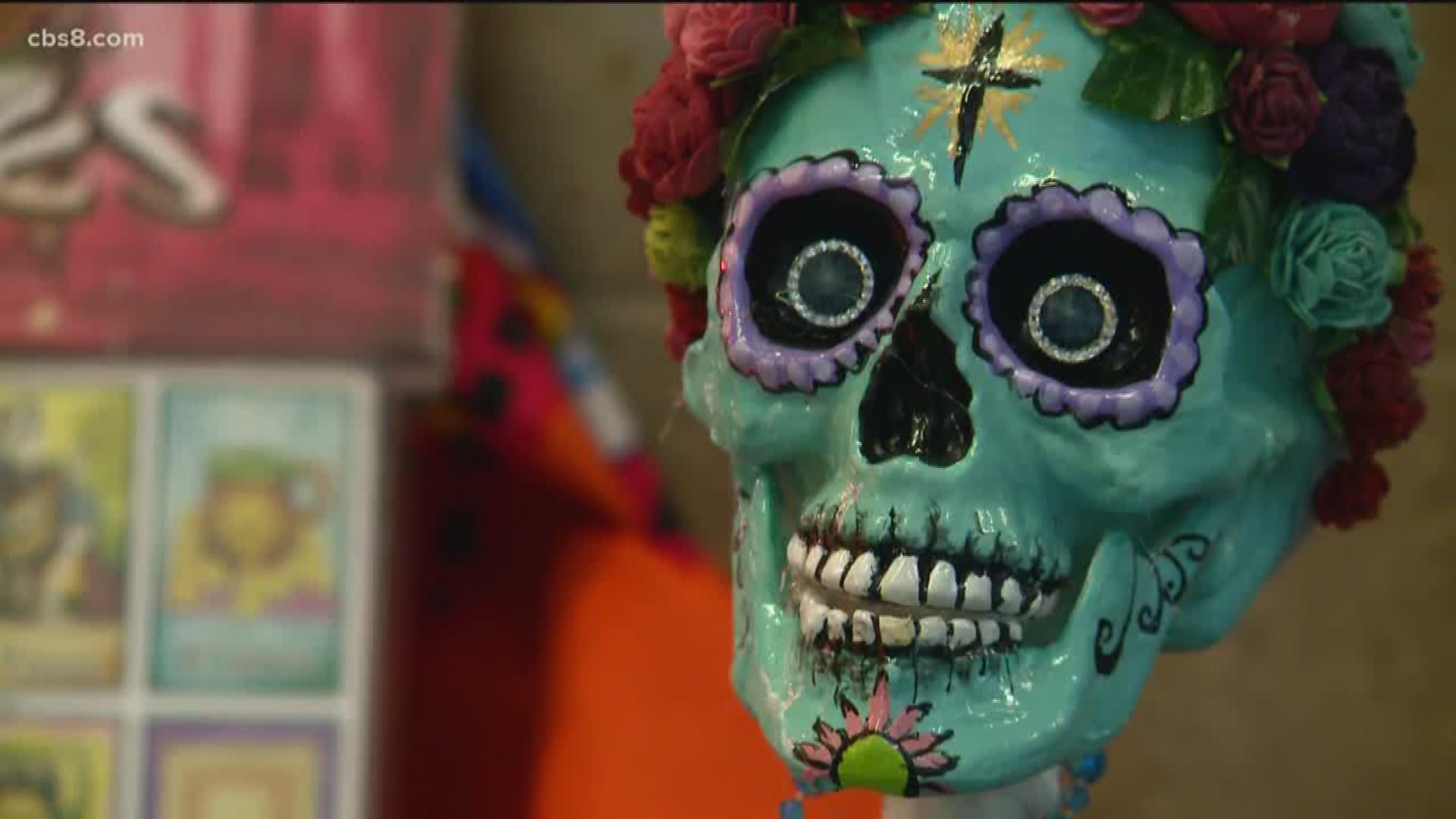 Griego's mom and grandma create altars every November, but this is the first year Griego decorated an altar by herself. She also included photos of her late grandfathers.

"I put a piñata here because we have our grandfathers here and as a kid, I grew up hitting piñatas at my birthdays, so that's something that's very sentimental," said Griego.

While the holiday has roots in Hispanic or Mexican heritage, Mercado says anyone can take part by making their own art with their families.

"We make that commemoration beautiful because we honor the souls of the ones who departed, and that should be beautiful because you think that you are talking to them and are reuniting with them in essence, and that part is very joyful," said Mercado.