Several people – including some who identified themselves as physicians - were arrested at the rally. They were not booked into jail but were cited and released. 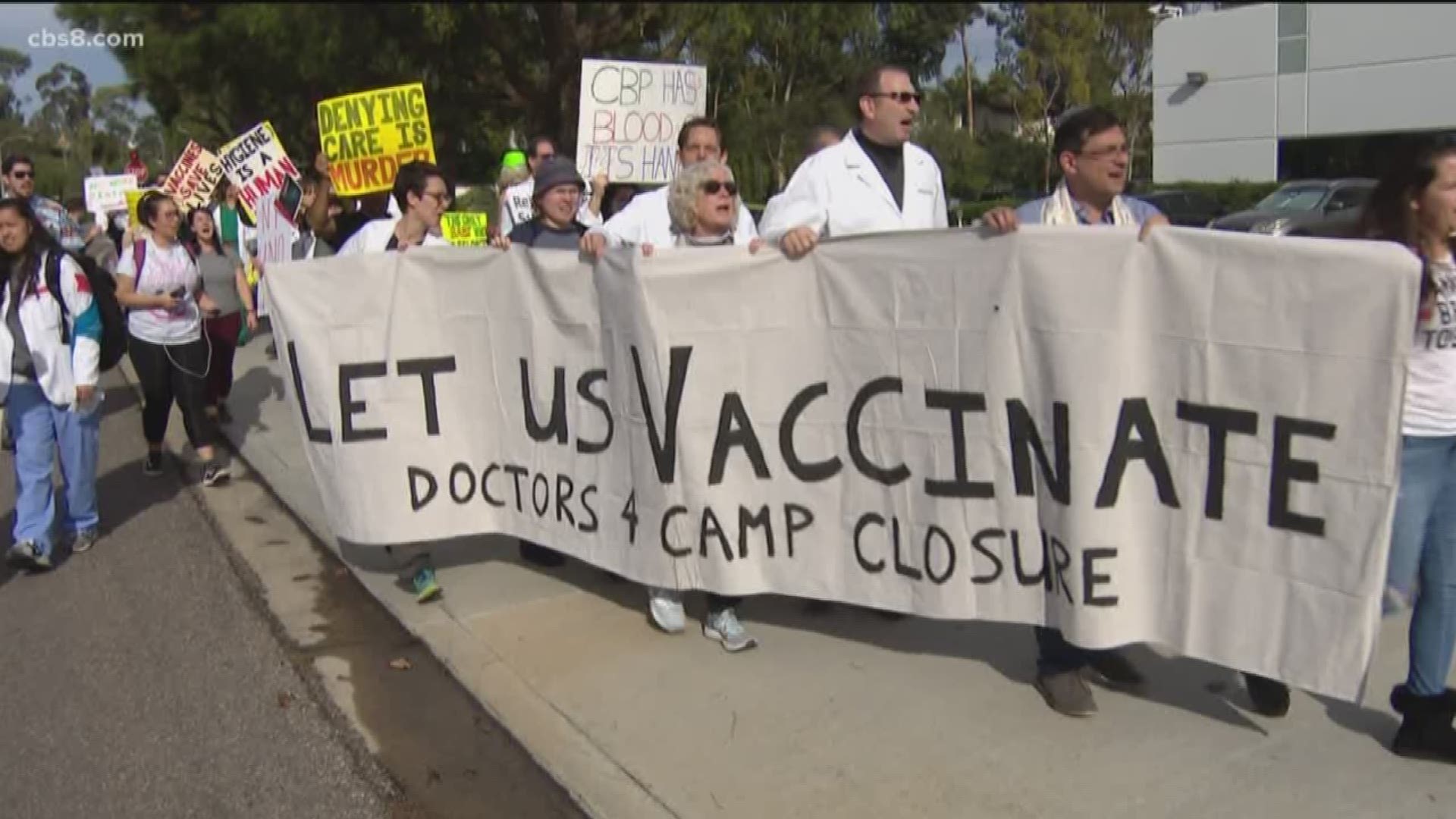 A group of doctors gathered at Border Patrol Headquarters in San Diego on Tuesday to demand they be allowed to offer detained migrants the flu vaccine. Organizers with Doctors for Camp Closures said they reached out to U.S. Customs and Border Protection over a month ago, but this week took their fight straight to the source.

The national organization were on day two of their standoff with CBP on Tuesday staging a rally outside the headquarters in Chula Vista. On Monday, the group was denied access into the detention facility in San Ysidro. They had brought 120 free vaccines and other supplies to create a pop-up clinic.

In a statement, CBP said in part:

"As a law enforcement agency, and due to the short-term nature of CBP holding and other logistical challenges, operating a vaccine program is not feasible. Both ICE and HHS have comprehensive medical support services and can provide vaccinations as appropriate to those in their custody."

Last year, three children died from the flu while detained with some pointing to the conditions migrants are kept in while awaiting asylum.

Tuesday afternoon, despite speaking with the facilities chief, protesters blocked the driveways by laying down in the road.  After several warnings by police, several people – including some who identified themselves as physicians - were arrested. They were not booked into jail but were cited and released.

Video from the scene shows protesters, including some in medical clothing,  laying on a sign reading “No more flu deaths.” Several are seen being put in handcuffs by Border Patrol agents and police officers.

The group said they will continue to stand their ground

In a message posted on Twitter, Department of Homeland Security officials posted a statement reading: "Of course Border Patrol isn't going to let a random group of radical political activists show up and start injecting people with drugs."

Doctors for Camp Closures also started a change.org petition asking for signatures in support of the demand for flu vaccinations in migrant camps.

“Children held in detention are 9 times more likely to die from the flu than the general pediatric population,” the petition reads in part.

“You can’t lock people up in inhumane conditions, watch them get sick, and then refuse access to medical care,” said Marie DeLuca MD, of Doctors for Camp Closures.