Dozens living at a homeless encampment in Oceanside forced to leave

Those displaced will get a free motel room temporarily. Meanwhile, the city says it is in the process of opening its first year-round homeless shelter. 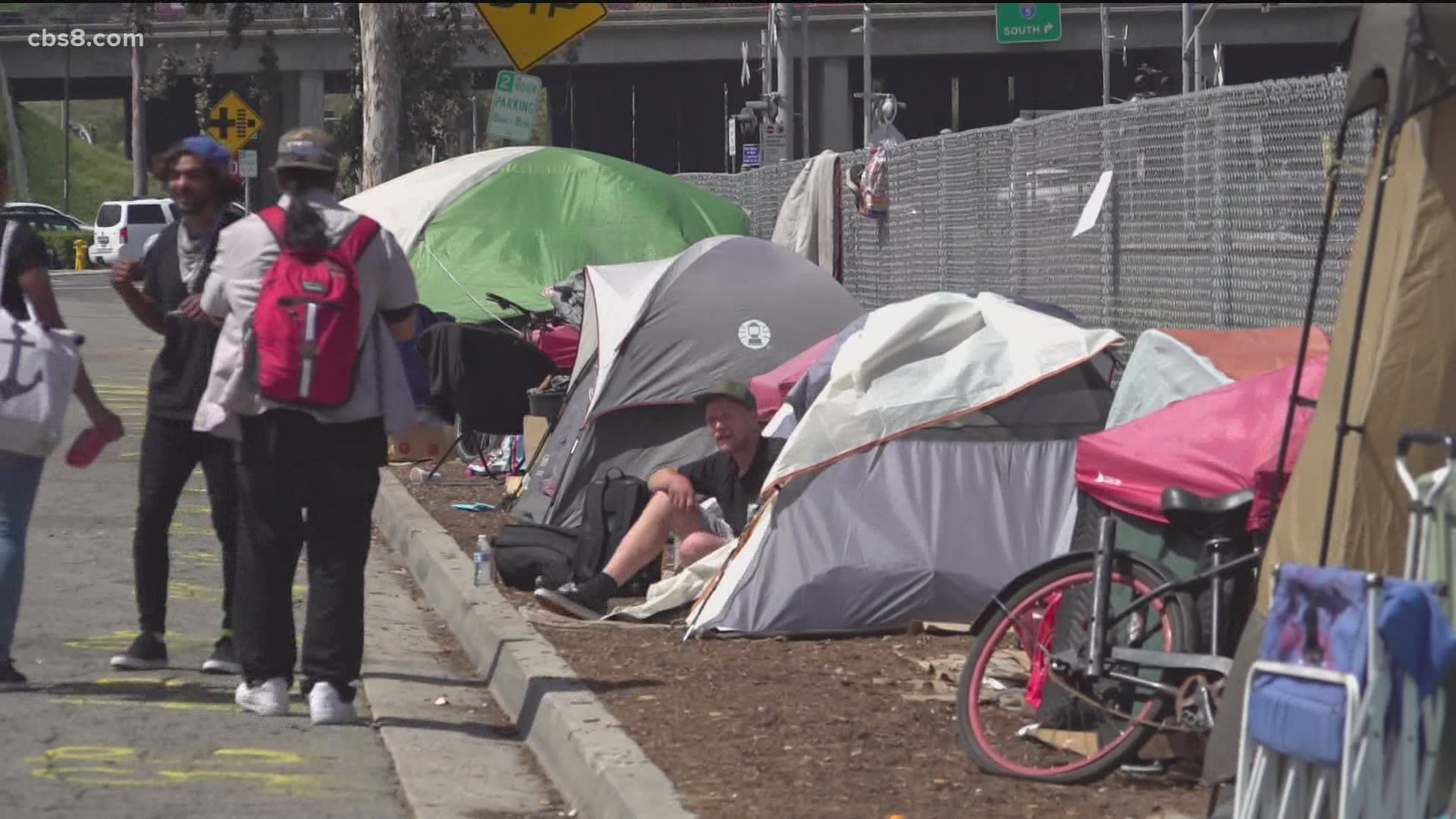 OCEANSIDE, Calif. — An encampment of people experiencing homelessness is located just east of the I-5 on south Oceanside Blvd. They call it "Fall-town," a place where people fall.

The people there have been living in the area for the past few months, but the city has said they need to be out by Saturday.

More than 50 people have called the Oceanside homeless encampment home including Rodney McGough who feels as though the city is throwing them out like trash.

"They are pushing us out of here by force," said McGough.

Since the city has no long-term homeless shelter, it was a place for those who had nowhere else to go.

"There's been a wonderful healing that's been going on here. People [are] involved in each others lives that was giving them an inner worth to want to live, to get off drugs or do something that constructive," said McGough.

Steven came here two months ago. It is his first time being homeless after losing his job in the hospitality industry.

"I just think the government has let everyone down because we don't have affordable housing for anybody," said Steven.

An Oceanside city code, Chapter 20, prohibits illegal encampments, but it hasn't been enforced. In a city council meeting last night, staff recommended they enforce the code for the preservation of public peace, health, and safety after a number of issues have arisen.

"We had three fentanyl overdoses in one day," said Josh Ferry, an Oceanside homeless outreach officer.

"The Starbucks lobby closed indefinitely after one of their staff members was attacked," added Ferry.

"Other issues are contamination issues due to human waste," said Ferry.

The city is clearing this camp out now, but it is offering everyone a temporary place to stay.

"The city council approved hotel vouchers for those displaced from this encampment," said Ferry.

McGough doesn't think this will solve the long-term cycle of homelessness.

"Who knows if that's going to cause them to end up in someone's backyard. There's desperation that goes on here," said McGough.

The city says it is in the process of setting up Oceanside's first year round homeless shelter, funded in part by Measure X, approved by voters in 2018.

The goal is to have the shelter operational within the year.