"It's nice to just get out and enjoy something in the community," said Kelly Anderson of Escondido. 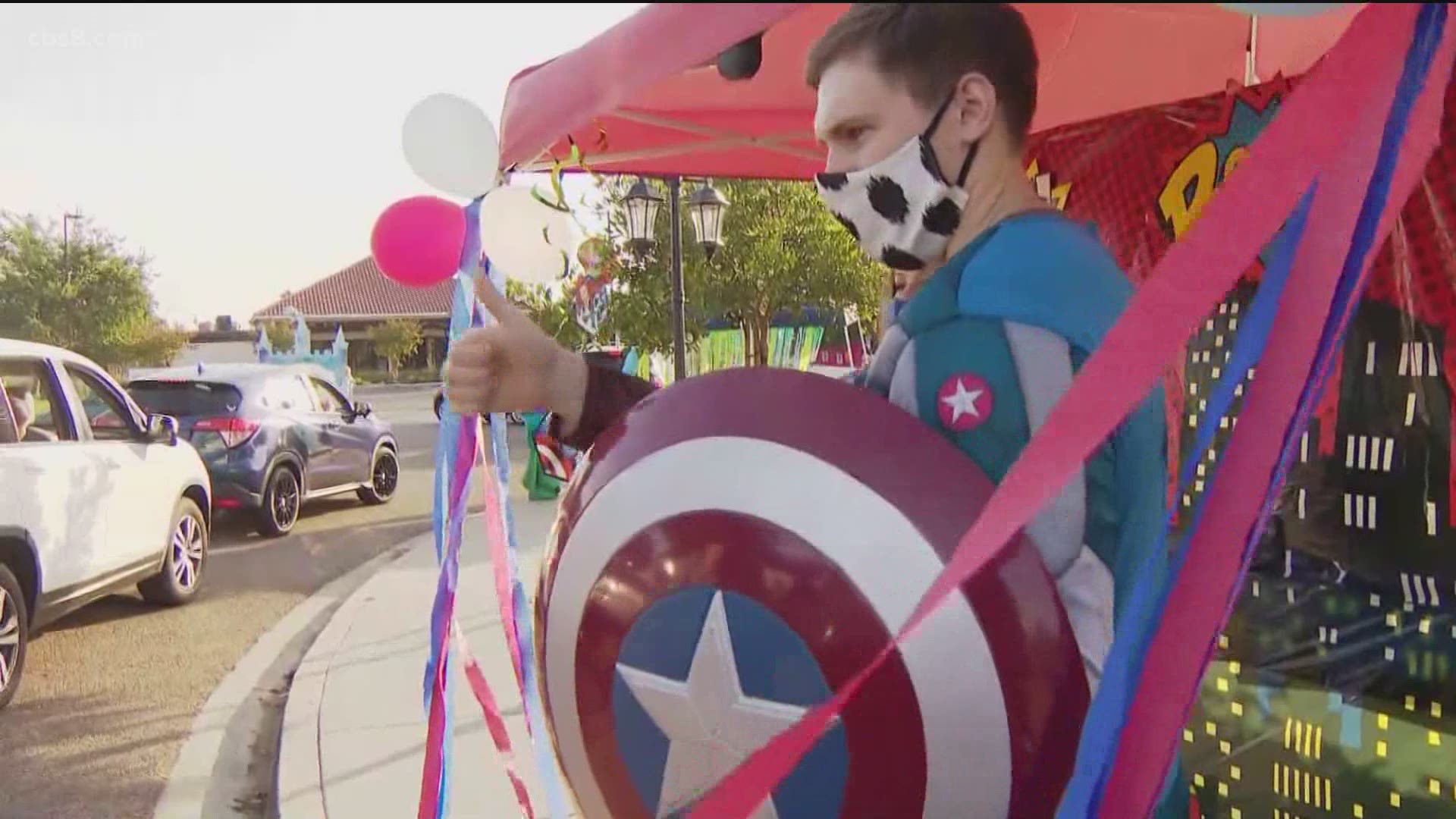 CARLSBAD, Calif. — Halloween is right around the corner and some San Diegans are celebrating early.

"It looks awesome. We didn't know what to expect," said Kelly Anderson who brought her two kids from Escondido.

The church holds a celebration every year, but this year was clearly different.

"Every year we have an enchanted block party. No block party this year, but we thought we could still do a drive-thru," said Pastor Greg Bostrom.

He said they weren't sure how many people would show up. But by 4:15 p.m., several cars had already lined up.

"We're really happy about the turnout," he said. "We just put it on Facebook, we had 650 hits, so we thought all we might have more people than we thought."

There were nearly a dozen different stations for kids to enjoy. They included everything from superheroes to the Little Mermaid. Kids got a chance to wave and say hello to their favorites.

"We just wanted to have a Halloween experience because things are so different this year and wanted the kids to have some normalcy," said Anderson.

"It's nice to just get out and enjoy something in the community. It's outdoors and it's safe," she added.