Driver at large after fatal hit-and-run in Clairemont

There was no suspect or vehicle description as of Wednesday night. 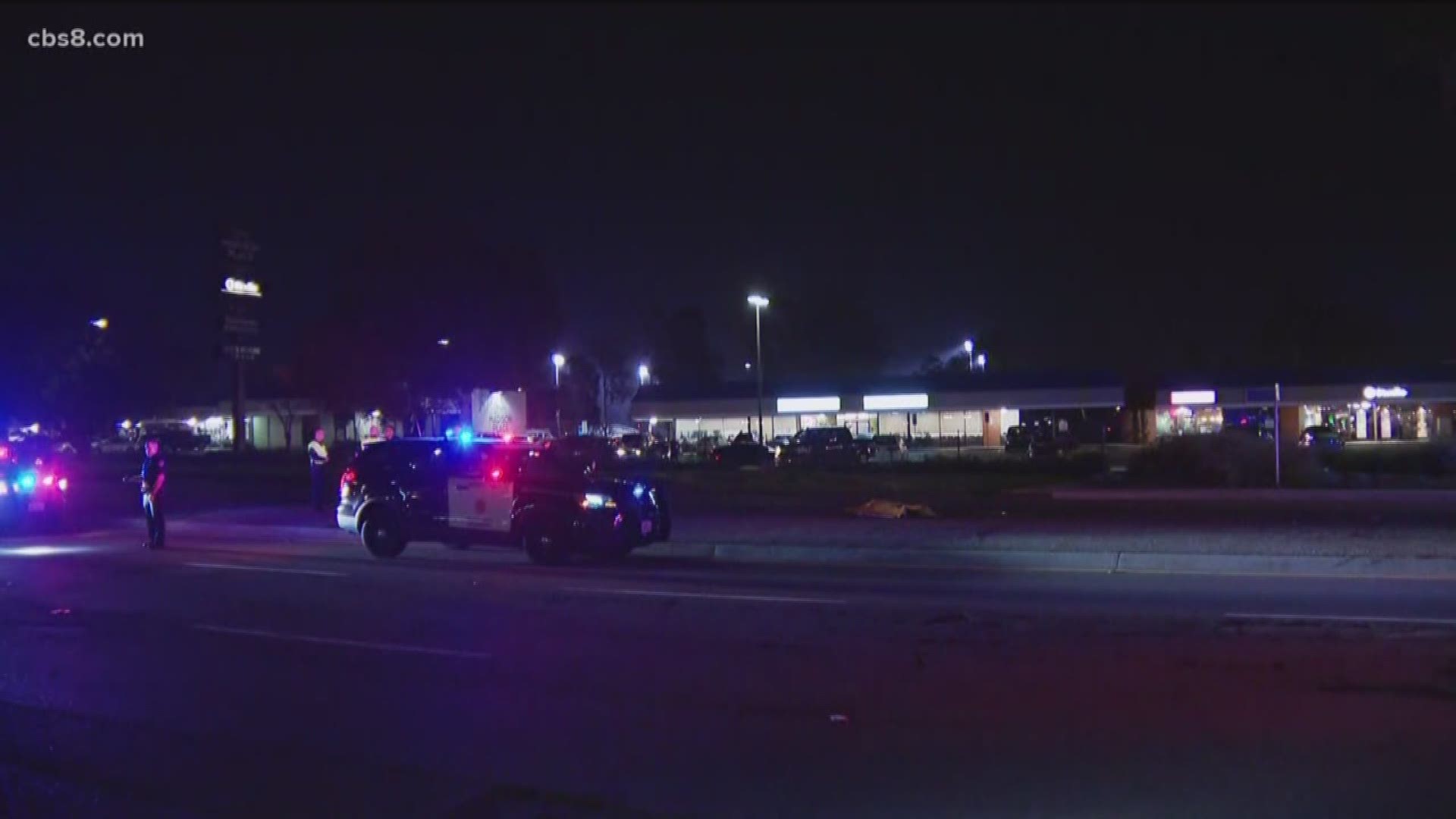 SAN DIEGO — San Diego police are searching for a driver who on Wednesday night hit and fatally struck a 44-year-old pedestrian in Clairemont.

Officers received the call about 7:30 p.m. about a hit and run in the 5500 block of Clairemont Mesa Boulevard near Interstate 805, according to Officer Robert Heims of the San Diego Police Department.

The man was struck by the vehicle in the No. 2 lane of Clairemont Mesa Boulevard, then run over by two other vehicles that also left the scene, Heims said.

A witness at the scene named Oswaldo said he saw cars going over the person as he approached the area in his own car. He said he stopped to try to help the person who was hit as his wife called 911.

Oswaldo said the victim was not moving and showed no signs of life. The victim died at the scene, according to authorities.

It was unclear if the victim was in a marked crosswalk at the time of the accident and "fault is yet to be determined," Heims said.

The name of the victim was not disclosed.

There was no suspect or vehicle description as of Wednesday night.

Anyone who witnessed this deadly hit-and-run was asked to call Crime Stoppers at 888-580-8477.