Hunter was first elected to serve in Congress in 2008. He will collect over $19,000 in pay for the days in between his Dec. 3 guilty plea and Jan. 13 resignation. 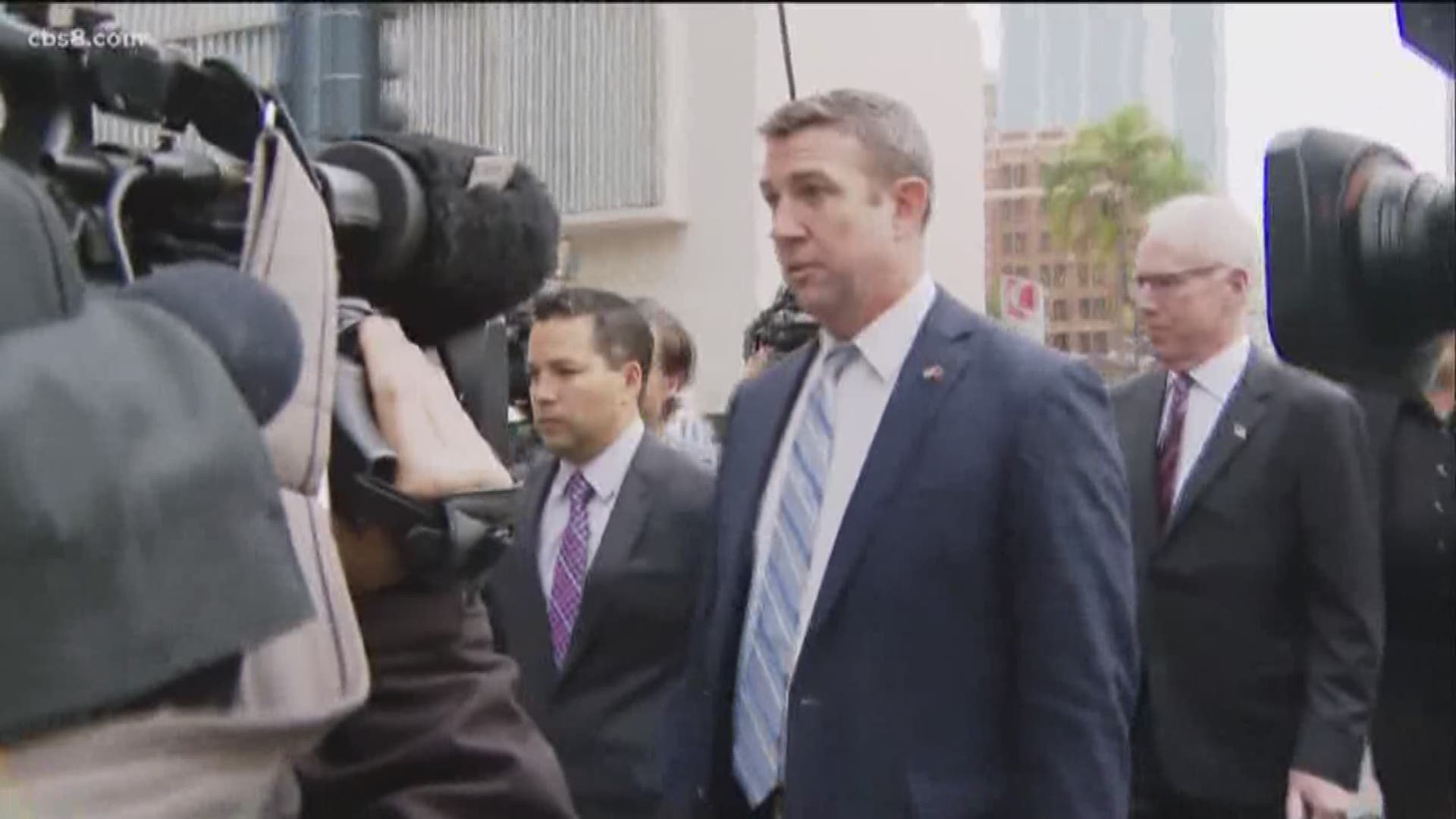 In the letter, Hunter began by giving the date for his resignation. He then described the accomplishments he is most proud of in his career. Hunter does not specifically address any criminal activity or wrongdoing in Tuesday's letter.

Mike Harrison, Hunter's District Chief of Staff in El Cajon, provided the resignation letter. You can read the letter here:

"Perhaps the contribution I am most proud of is giving a voice to our men and women in uniform [...] I fought for warriors like Clint Lorance, Eddie Gallagher and Matt Golsteyn that were treated unjustly by an abusive military justice system," said Duncan in the Letter.

"He made a mistake and he has to pay for it," said someone who lives in the district on the day of his resignation. "I like the guy. [I] thought he did a good job, but he messed up."

Hunter's seat will sit empty until the general election in November, so constituents will not have someone in Washington right now advocating for any political policy or legislative issues.

"The Governor’s office received Rep. Hunter’s resignation letter," said Vicky Waters, Deputy Director of Public Affairs for Gov. Newsom. "Based on the timing of the resignation, a special election will not be called.”

"Whenever there is a vacancy, the office continues to function, to provide services to our constituents with help with any federal agency, like IRS, the VA, social security [and] passports," said Michael Harrison, Hunter's Deputy Chief of Staff.

A month ago, Hunter announced he would resign from Congress on an unspecified date "after the holidays."

Rep. Duncan Hunter pleaded guilty before a federal judge in San Diego on Tuesday, Dec. 3 to misusing $150,000 in campaign funds for his own personal expenses. Now, Hunter faces a possible five-year prison sentence and a $250,000 fine when he is sentenced March 17.

The U.S House Committee on Ethics wrote a letter to Hunter on Thursday, Dec. 5, strongly urging him to not cast any votes. You can read that letter here.

There is a possibility that Hunter will forfeit his congressional pension. A 2007 ethics law denies benefits to members of congress convicted of certain felonies.

According to the U.S. House of Representatives Press Gallery, representatives earn a salary of $174,000 per year. That's just under $477 per day. Since Hunter's official resignation date is Jan. 13, but he pleaded guilty on Dec. 3. Since he waited to resign, that means he will collect about six weeks pay since pleading guilty, which adds up to $19,545 in taxpayer-founded money.

For more than a year, California Rep. Duncan Hunter insisted that criminal charges against him and his wife were the result of a conspiracy of the “deep state” meant to drive the six-term Republican from office in the Democrat-dominated state.

Hunter, 42, said his motivation is to protect his three children from going through a trial, which was set to begin Jan. 22. Additionally, Hunter was running for re-election while under indictment on corruption charges. The Associated Press says Hunter is "one of the few congressmen to be re-elected while indicted."

Here's a timeline to help bring you up to speed: