The fire was reported Saturday morning in an area east of Mount Laguna and fire officials said four unidentified people had to be rescued near the fire. 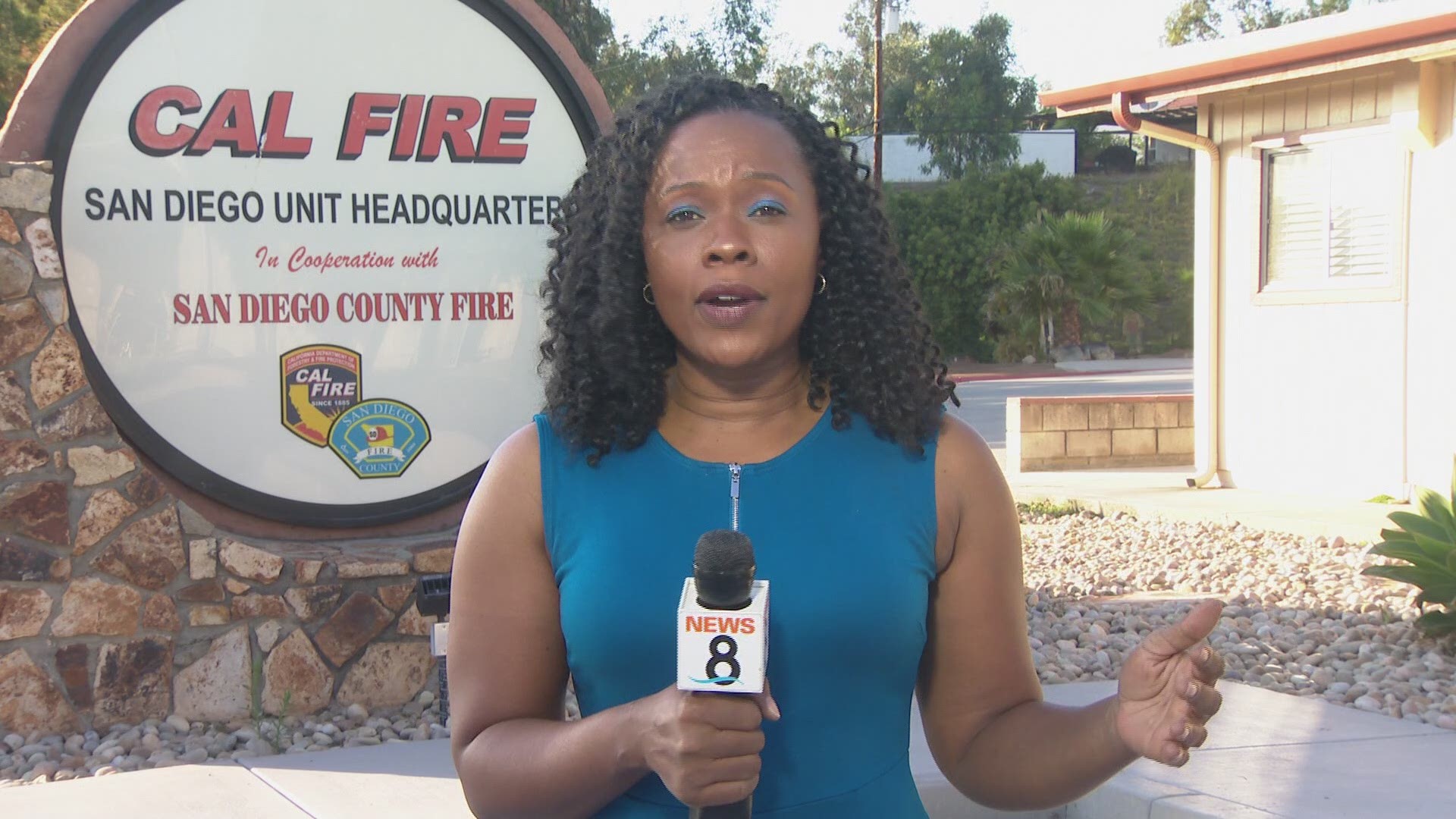 SAN DIEGO COUNTY, Calif. — Fire crews are battling flames that continue to move in difficult terrain and warm conditions. The fire is being called the Overland Fire.

It was reported Saturday morning in an area east of Mount Laguna and fire officials said four unidentified people had to be rescued near the fire, one treated for dehydration.

The agency said that the fire is basically in a remote, desert area of the county and they had a hard time getting their trucks down there. As of Sunday, residents nearby had not been evacuated and fire crews continued to fight the fire on the ground and from above.

"This is the second fire down in this area and if the desert can burn so can everywhere else,” said Captain Thomas Shoots, with Cal Fire San Diego.

Captain Thomas Shoots said four people in the area had to be rescued near the fire, with at least one person being airlifted and receiving medical treatment.

“Getting those folks out of harm's way and getting the one individual medical treatment, ultimately taken by air ambulance, was the number one priority. Then after that we can really focus on the firefight,” Shoots said.

Cal Fire said Border Patrol was also involved with caring for the four people who were rescued. Though residents nearby are not in danger, Captain Shoots said now is a good time for people to remember to get prepared for an active fire season.

“We really want folks to take it seriously. Make sure that you have your property and your home taken care of so that you’re ready when a wildfire hits near you,” Shoots said.

As of Saturday, Cal Fire's map on its website showing at least nine active fires throughout the state. The agency also reports that in 2021, over 19,000 acres have burned in California and they’ve responded to over 3,400 fire incidents.

Again, with the extreme hot weather we’re having in some parts of San Diego County, people should make sure they’re prepared for potential wildfires.