The homeowner said he had about 45 animals in the garage, including snakes, lizards and rats. Only a boa constrictor survived, he said. 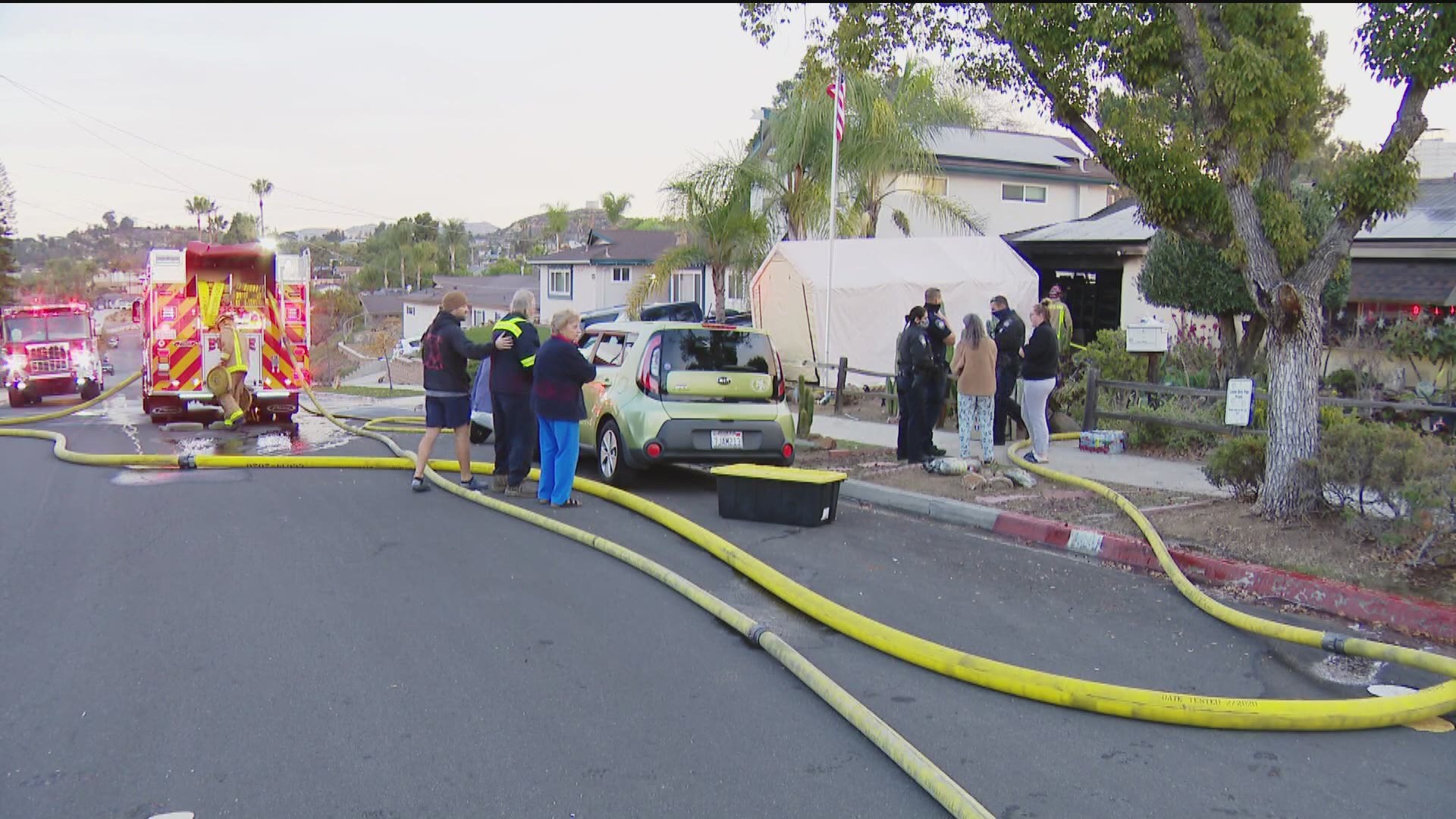 SAN DIEGO COUNTY, Calif. — Three residents and their three dogs were displaced Friday morning when a blaze erupted in the garage of a home in unincorporated El Cajon, killing dozens of snakes, lizards and rats that were kept in the garage, authorities said.

The blaze was reported around 5:45 a.m. at the single-story house on Pepper Hill Drive, between Sterling and Terrace Hill drives in the El Cajon area, said Heartland Fire & Rescue spokesman Sonny Saghera.

Crews arrived to find heavy smoke and flames coming from the garage, Saghera said. Firefighters knocked down the flames within 20 minutes, but the home sustained smoke and heat damage, including in the attic.

The homeowner said he had about 45 animals in the garage, including snakes, lizards and rats. Only a boa constrictor survived, he said. He also said one of the family dogs alerted them to the house fire and allowed them to get out safely.

The American Red Cross was called in to help the displaced residents arrange for temporary lodging, Saghera said. The San Diego Humane Society was called to the scene to take custody of the boa constrictor.

The blaze caused an estimated $300,000 in total damage to the home's structure and its contents, Saghera said.