The 21-year-old has been racing competitively since 2017. 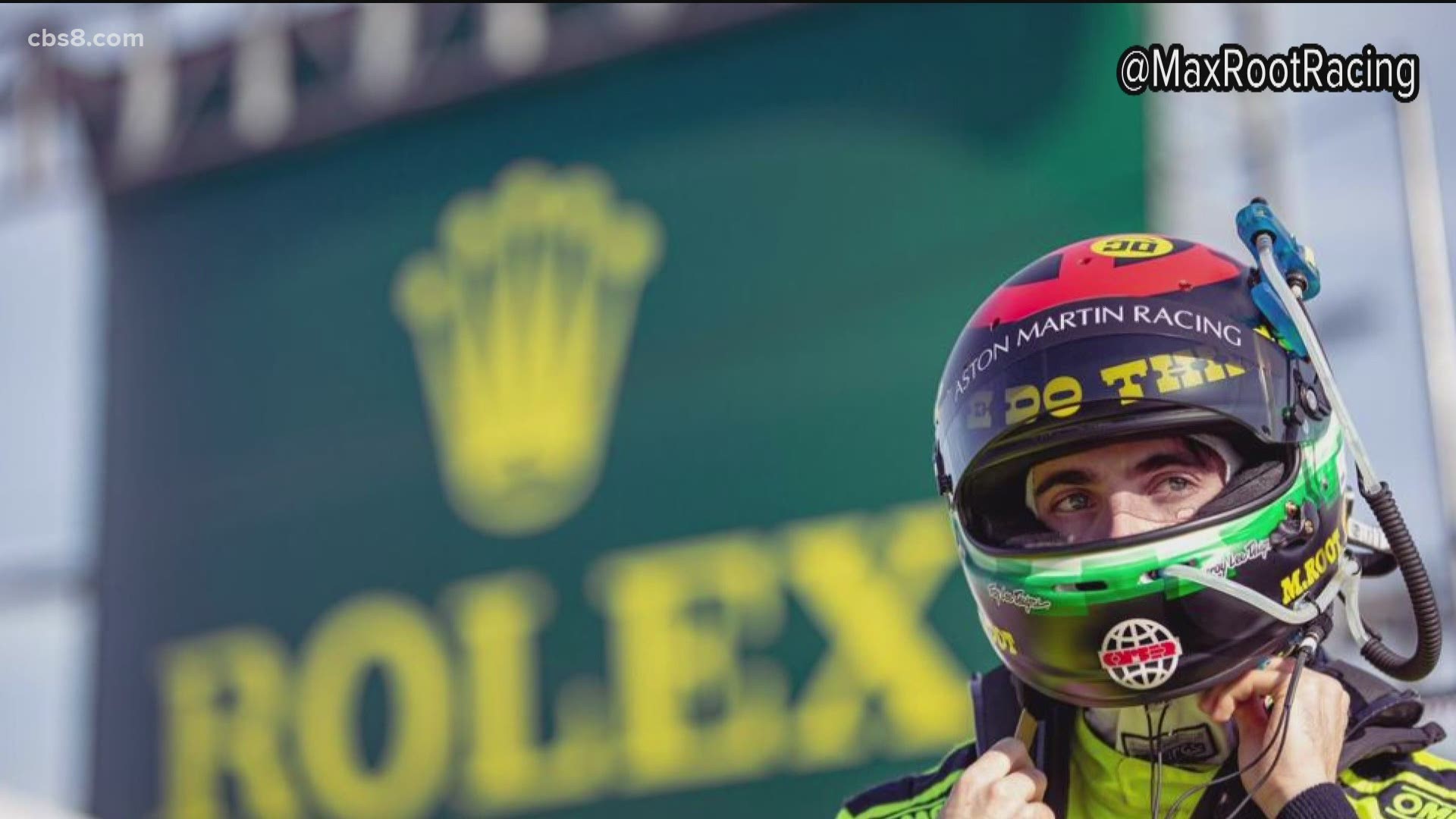 ENCINITAS, Calif. — From an early age, Max Root liked to go fast. At the age of five he started racing dirt bikes on local tracks Pala Raceway and Barona Oaks, but it wasn’t until later that the Encinitas native traded in two wheels for four.

“I made a kind of big transition in my early teenage years to race cars,” says Root “And then the journey has kind of progressed from there on.”

And that journey has taken him all over the United States and beyond. In his first competitive race in 2017, when Max was just 18 -- he won the opening round of the Pirelli Cup. Since that first race, he has been on the podium 45 out of 59 times in GT3 races.

Last year, Root got to compete in one of the biggest events in motorsports - 24 hrs of Le Mans. An endurance race that counts the number of laps completed by a team in 24 hours. It’s an event that tests drivers fitness and stamina.

“It really is a lot of cardio,” he says “We spent a lot of time on the bike as well as some neck strength, shoulder strength. You really want to be as fit as possible.”

Outside of racing, Root is also a student. Studying business administration at Pepperdine University. Though he is a racer first, he won’t let that get in the way of his studies.

“At Daytona, the week of the race I was finishing up a small class I was taking in January. I was actually doing the final while I was in the race! I think I was able to come out with a good grade.

Though the 21-year-old has a bright future on the worldwide racing circuit, he’ll always think of Encinitas as home.

“It’s a special place in my heart. Even after going all around the world to these races- every time I come home it’s just the best feeling in the world.”