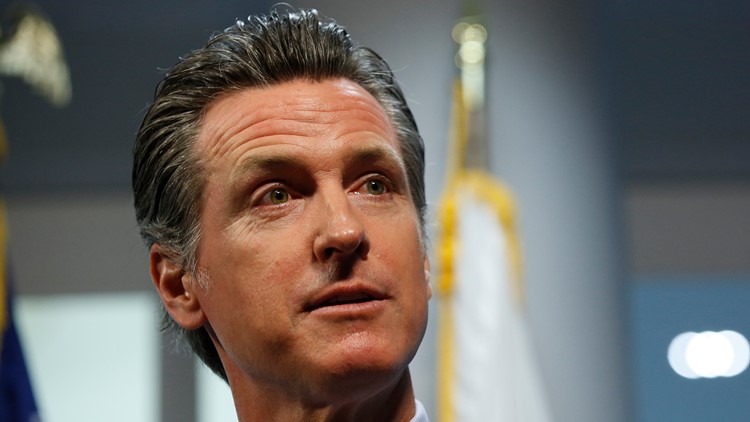 The group of mayors asked Newsom to increase funding for the California Violence Intervention and Prevention grant program by more than 300 percent, to $39 million. CalVIP funding totaled $9 million in 2018, according to the group, which sent the letter Friday under the banner of Mayors Against Illegal Guns, according to Everytown for Gun Safety.

San Diego Mayor Kevin Faulconer has also called for a CalVIP grant funding increase. Earlier this month, he joined a group of mayors from the state's largest cities in sending a letter to Sen. Toni Atkins, D-San Diego, and Assemblyman Anthony Rendon, D-Lakewood, calling for the same funding increase to $39 million.

The funding increase is also supported by the gun safety advocacy group Moms Demand Action for Gun Sense in America.

"California's mayors are speaking out in support of this vital program because they know additional resources for local violence reduction programs work to keep our communities safer," said Clare Senchyna, a representative of the state chapter of Moms Demand Action. "We couldn't be more grateful for their commitment to ending gun violence in all its forms."

Newsom has yet to comment on a funding increase for CalVIP grants. However, he announced Monday that he plans to add $15 million to the State Nonprofit Security Grant Program during the May budget revision.

According to Newsom's office, the funding will support nonprofits and religious organizations across the state that are targets of violence motivated by hate or bigotry. The state Attorney General's Office found that anti-Jewish and anti-Islamic hate crimes both rose statewide by more than 24 percent from 2016 to 2017.

On Saturday in Poway, a young man allegedly motivated by anti-semitic views opened fire inside a Jewish synagogue, killing one woman and injuring three others, including a rabbi and an 8-year-old girl.

"We all must call out hate -- against any and all communities -- and act to defend those targeted for their religious beliefs, who they love or how they identify," Newsom said. "An attack against any community is an attack against our entire state -- who we are and what we stand for."