Crews had to battle a fire at the same house 2 times in the 800 block of Via Rancho Parkway in Escondido. 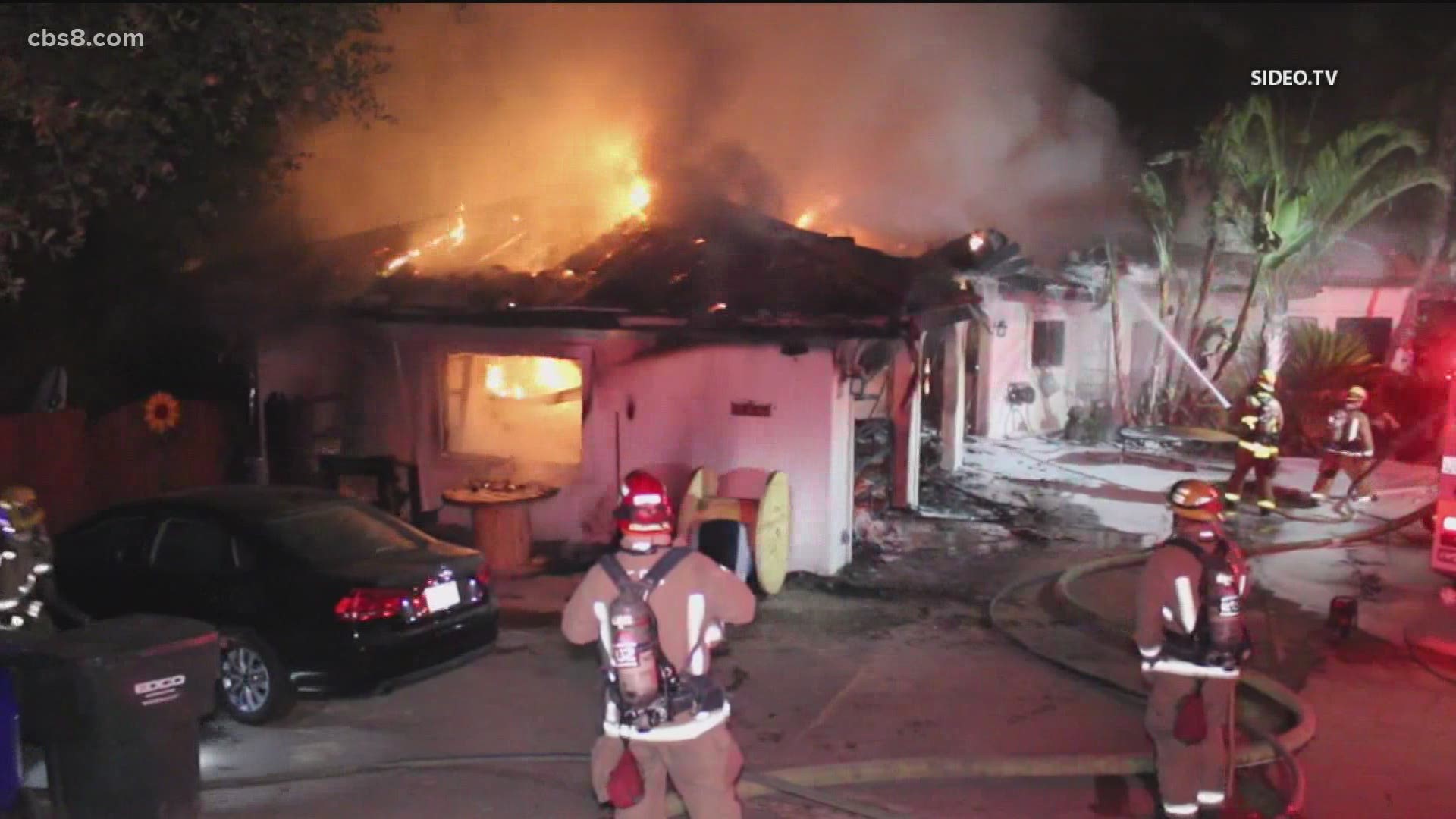 ESCONDIDO, Calif. — An Escondido family is displaced after their home went up in flames not once, but twice, on Friday.

Fire crews were initially called out to the 800 block of Via Rancho Parkway in Escondido just before 3 a.m. Friday morning.

One adult and three children were inside the home. According to fire crews they have several animals and it was one of the family’s cats that woke up one of the children when the fire started in the garage area.

"We are going to be here for a while but they think they’re getting a handle on it,." Jeff Murdock, Escondido Fire Department PIO said. "Overnight we did rescue some animals from the house and there are still some animals, livestock in the backyard that the owners are taking care of."

Around 8 a.m. this morning fire crews left the scene with no evidence of hot spots, however, several hours later they were called back to the home.

"At about 5:30 p.m. we got calls that again there was fire coming through the roof. First on scene units said the house was fully involved and we’ve been working on it since," Murdock said.

Firefighters have been faced with a number of challenges due to the location, however, their quick action and hard work allowed them to keep the flames contained to just this one home.

"There is a lot of narrow spaces around the house the prevent us from being able to put water on it. We are trying to surround the house, but unfortunately, it’s a tight space," Murdock said.

The cause of the initial fire is still under investigation.

BREAKING: Two alarm house fire in Escondido on Via Rancho Parkway. Escondido fire has been on scene for several hours. Damage looks to be extensive through garage area. There don’t appear to be any neighboring buildings at risk. pic.twitter.com/JXbtTR0TEf