The man was shot in the head and killed by Escondido police following a brief chase on Friday. 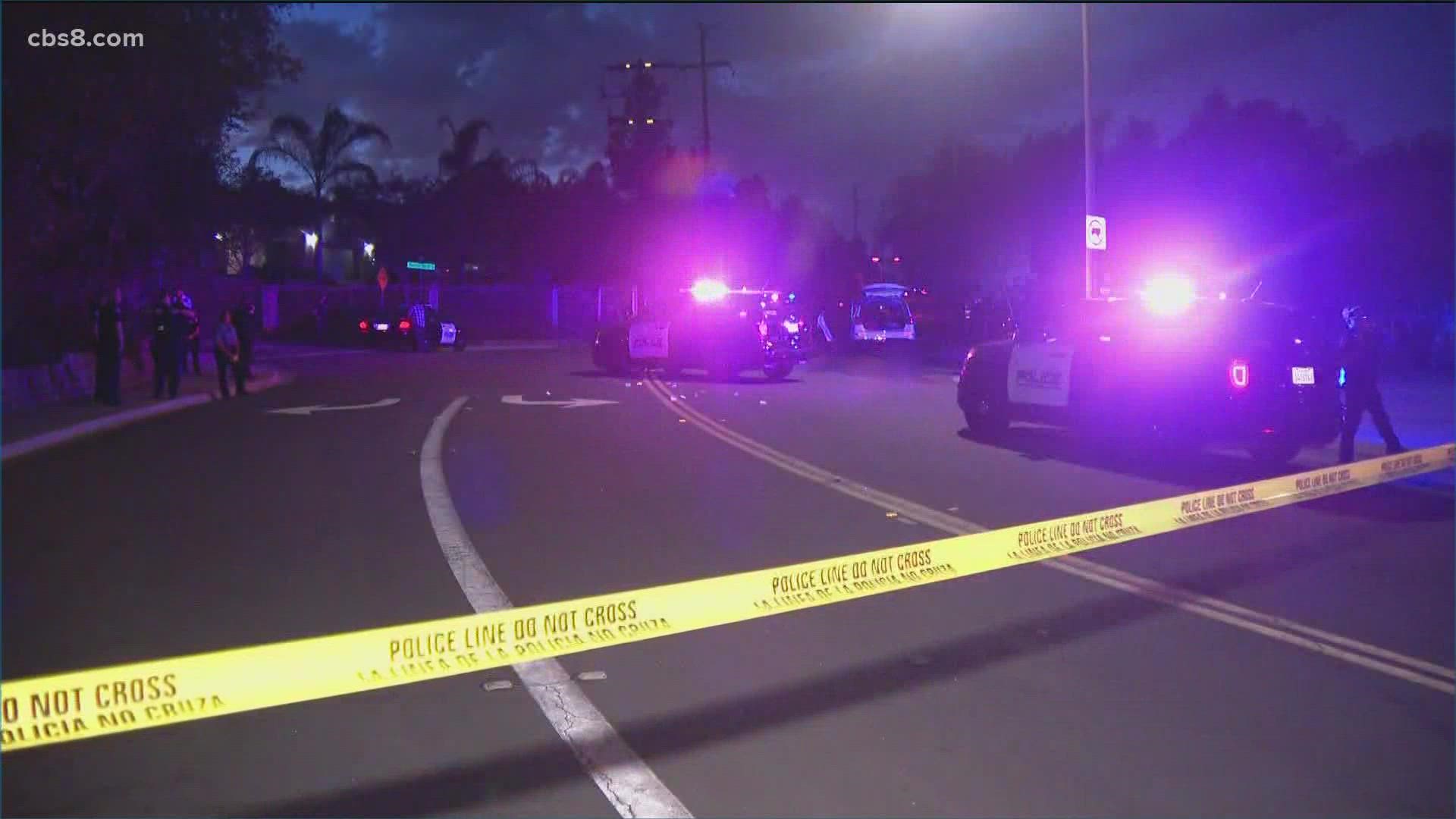 ESCONDIDO, Calif. — Escondido police shot and killed a 38-year-old male suspect Friday who they said was involved in an earlier vehicle-to-vehicle shooting.

According to police, the suspect shot into another vehicle at 5:01 p.m. and struck the 20-year-old male driver, who had a 15-year-old passenger in the vehicle, said Escondido Police Department Lt. Bode Berreth.

The driver of the victim vehicle was shot and sought medical help at Palomar Medical Center. The victim's injuries were non-life threatening and he was later released from the hospital.

According to authorities, there is no known relationship between the suspect, the shooting victim, and passenger.

Officers responded to a call of shots fired, located the suspect's vehicle -- a white Mercedes-Benz SUV -- at 6:12 p.m. near Washington and Citrus avenues and a vehicle pursuit began, Berreth said.

The suspect crashed the SUV in the area of Bear Valley Parkway and Encino Drive around 6:20 p.m. After the crash, gunfire was exchanged with the suspect, who was in possession of a semi-automatic handgun at the scene.

The suspect was transported to Palomar Medical Center and later died of his injuries.

Berreth said only one officer discharged their weapon.

The suspect's name was not immediately available and no other injuries were reported.

According to authorities, the officer who shot the suspect will be placed on paid administrative leave pending the investigation.