The board passed a resolution denouncing racism and racial discrimination and affirming its support for equity, safety and well-being of all students. 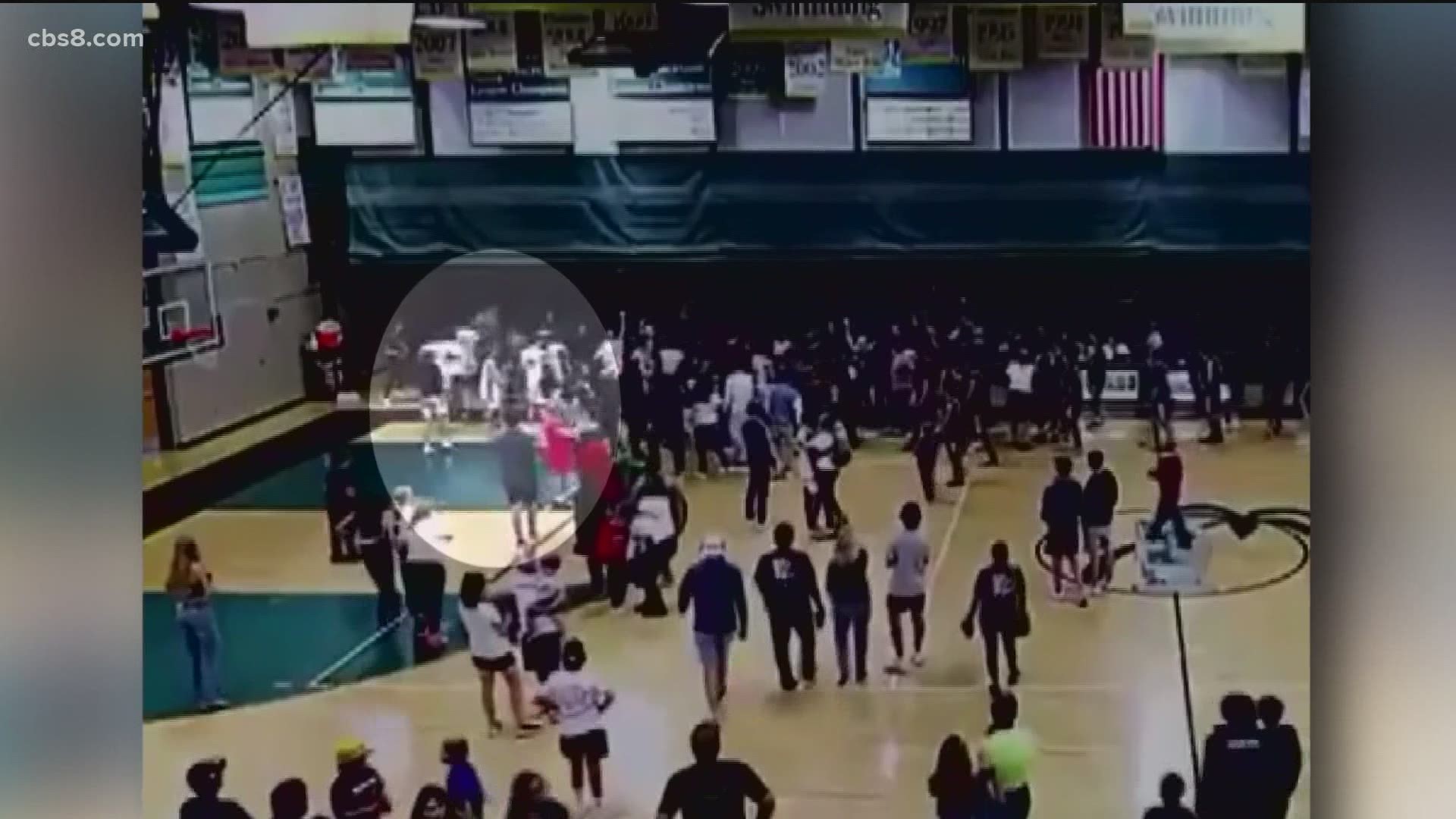 SAN DIEGO COUNTY, Calif. — Responding to outrage over tortillas being flung at a largely Latino team after it lost a championship basketball game at Coronado High School, the visiting team's school board passed a resolution Thursday denouncing racism.

The Escondido Union High School District board unanimously passed a resolution denouncing racism and racial discrimination and affirming its support for equity, safety and well-being of all students.

"I think it recommits ourselves to confront bias in our community and seeks to mature our own practices," said Trustee Jon Petersen.

On Saturday, after a California Interscholastic Federation championship game, which Orange Glen High's team lost to Coronado High in overtime, some members of the crowd threw tortillas at Orange Glen athletes.

Coronado Unified School District's board held an emergency meeting on Tuesday night to address the incident. The board voted to terminate head basketball coach J.D. Laaperi, and local police and the California Interscholastic Federation are investigating the incident.

"In our district, or in the greater community, there is no place for hate," Escondido board President Tina Pope said at her board's regular meeting on Tuesday. "What there is a place for is building stronger understanding, greater cultural appreciation and compassion for all of us as human beings, and greater understanding of our differences."

Those in support of the measure hope it is more than just a symbolic move and are calling on the board to address racial disparities, implement restorative education, equity training, hiring and ethnic studies in schools.

"It's a good first step but there are no tangible results and we hope that more is done," said Sienna Rocha, 2016 Orange Glen graduate.

Students and teachers say this was not an isolated incident.

"Acts of racism are unfortunately commonplace in the lives of our students," said Anna Cady, Escondido High School teacher.

"Especially with these coach being fired. I think a big concern is it will be a scapegoat solution and not address the systemic cultural problems," said Tabitha Belshee, 2016 Orange Glen High graduate.

The CIF provided the following updated statement on the incident on Thursday:

"The California Interscholastic Federation (CIF) fully appreciates the importance of this matter and the concerns involved. As previously stated, the CIF’s review process includes allowing each member high school and/or school district the opportunity to conduct an investigation into the incident and then provide the CIF with the results of their internal review. Upon receipt and review of the schools’ and/or school districts’ information, and further inquiry from this office if needed, the CIF will then determine what action is appropriate. The CIF is in the process of concluding our review, and unless circumstances dictate otherwise, we anticipate issuing the ruling of the CIF Executive Director during the upcoming week."