Artist Rachel Tintle said she's appalled after a judge in a virtual art contest talked about her cleavage instead of the artwork she was creating. 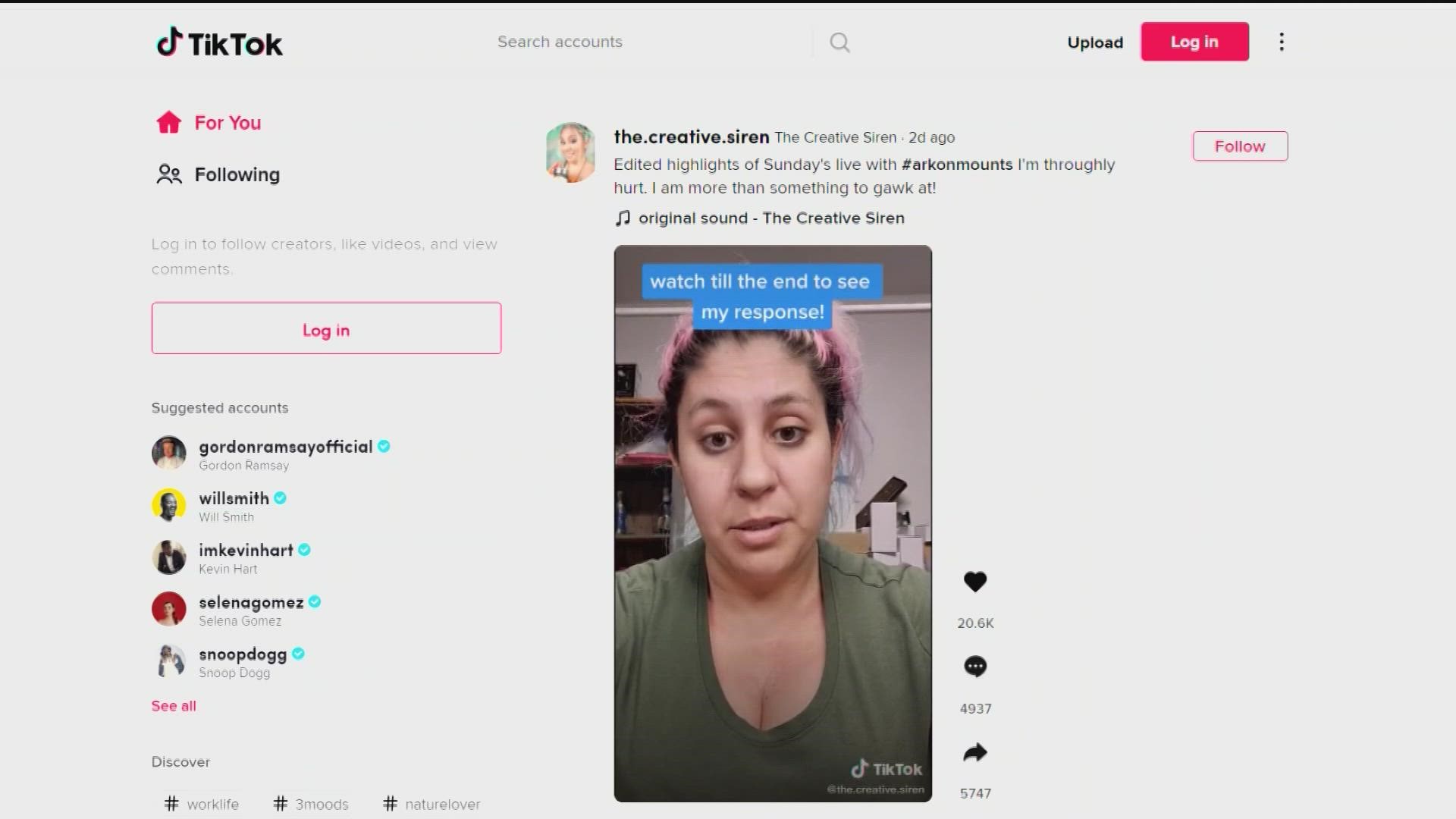 ESCONDIDO, Calif. — An Escondido woman said she's appalled after a judge in a virtual art contest talked about her cleavage instead of the artwork she was creating.
The TikTok video she made calling him out is going viral.

Artist Rachel Tintle told News 8 this was the first time she'd ever entered a contest and was excited for a chance to win the top prize of $300. Then she saw the contest video on Sunday, and everything changed.

"I am thoroughly disappointed. I am disgusted. I am hurt and this behavior is unacceptable," said artist Rachel Tintle.

The 33-year-old got on the social media app TikTok to describe how she felt after watching art contest judge, Aaron Roth, talk about much more than the tumbler she was making:

"After realizing what I was watching, I broke down," Tintle said.

The video response Tintle posted has now gone viral with over 20,000 views and thousands of comments. Arkon Mounts, the company that sponsored the contest, released a statement on Wednesday addressing Roth's behavior, saying in part:

"Mr. Roth's behavior does not reflect the high standard of ethics, respect, and inclusiveness to which we hold all of our employees. No employee operates above these policies, including management. Hence, as of today's date, Mr. Roth is no longer employed by Arkon Resources. – Arkon Mounts "

Tintle said an apology from Arkon Mounts came after the video went viral and other people started contacting the company demanding accountability for Roth's actions. She said Roth is a co-owner of the company and after speaking with the president, she just wants something good to come from this incident.

"Though I'm not entirely satisfied, I do appreciate the gesture of him personally reaching out to me. I do hope that this opens the conversation a little bit more about sexual harassment, sexual assault, in general," Tintle said.

Tintle said she plans to auction off the tumbler she made during the contest and donate the money to a women's shelter or group that supports women. News 8 also reached out to Roth on social media and he had not responded as of Thursday night.