Immigration, Latinx representation, healthcare, climate, social justice and LGBTQ are among the many issues of concern for Escondido Young Democrats. 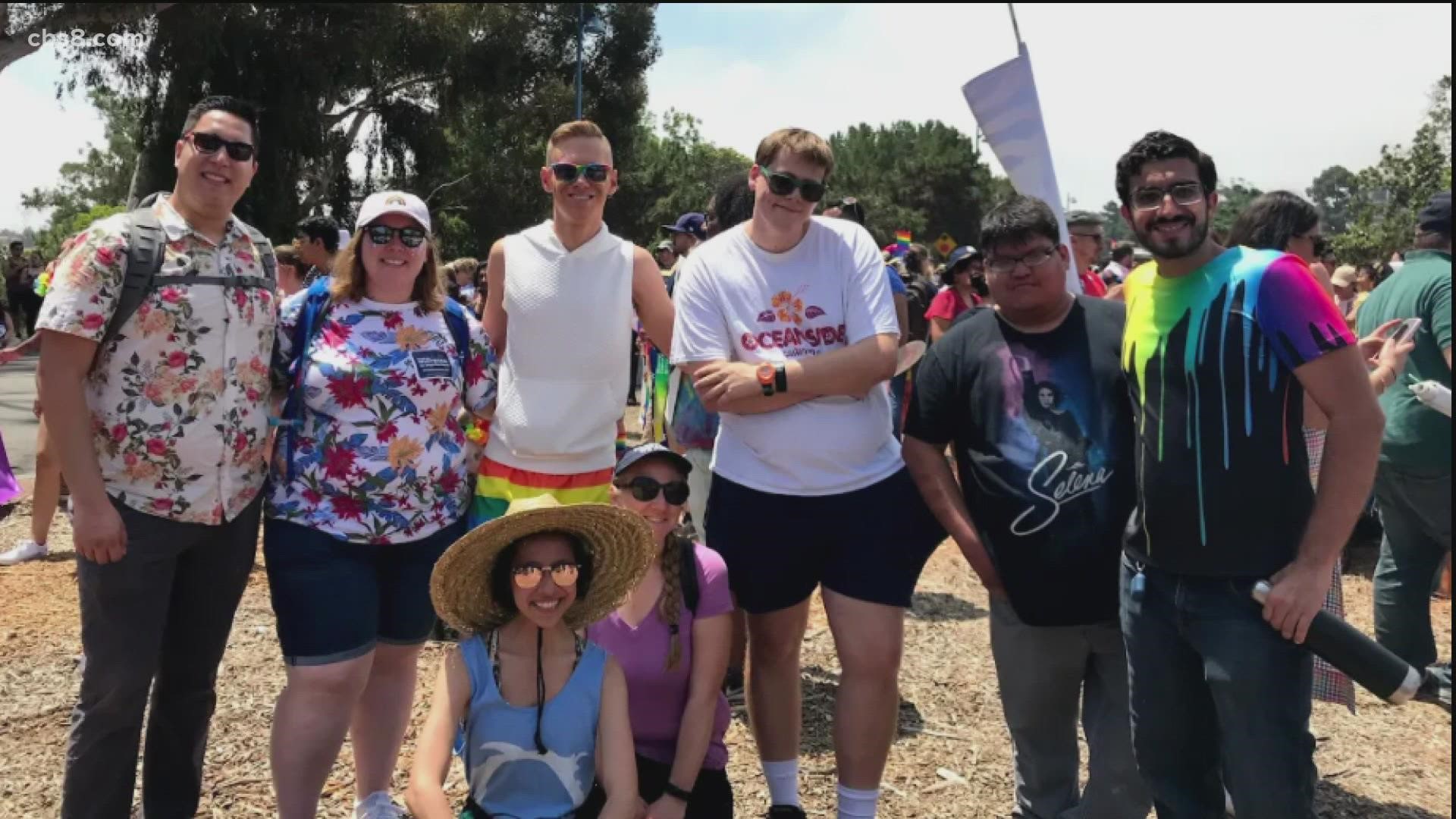 ESCONDIDO, Calif. — A group of young political activists are getting statewide recognition for their efforts in North County.

The Escondido Young Democrats (EYD) started in 2018 and are doing more than just political work, they are committed to giving people a voice in their communities.

“Escondido Young Dems takes people who are lonely or ostracized and we give them a place where they can build kinship of doing good things,” said Justin Domecillo, EYD Senator.

The grassroots group has been busy campaigning against the recall election but do more to empower their community than just political work, they host clean-ups, help Latinos get vaccinated and assist in voter registration drives.

The force behind Escondido Young Democrats known as EYD is the founder, 25-year-old Gloria R. Conejo who wanted to keep many of the progressive youth involved beyond the 2018 election and build on community engagement.

“It was awesome to see that, 'hey I am not alone, people are just not speaking up,'” said Conejo, EYD President.

“I think for a long time there was an unkempt potential of youth in Escondido to be engaged and we have fulfilled that gap,” said Gibhran Jimenez, EYD Vice President.

While many of their accomplishments have been a team effort with other grassroot groups they are gaining momentum and recognition from San Diego Mayor Todd Gloria and Senate President Toni Atkins as 2021 Club of the Year during the San Diego County Democratic Party 41st Roosevelt Honors.

“The most valuable currency or political capital that we have are our relationships that we build amongst ourselves and our community. When we show up people remember,” said Domecillo.

That inspiration is built from nurses, educators, restaurant workers and college students living in a predominately conservative district who often feel ignored and discriminated against but not anymore.

“With politics there are a lot of victories and losses and it's just about staying engaged,” said Jimenez.

Escondido Young Democrats hope they are an avenue to amplify underserved voices to help find a purpose and change in their community.

“I hope that with every young woman that speaks up or feels comfortable speaking out against some kind of form of discrimination or want to keep fighting the good fight, five more will follow,” said Conejo.

Gloria and members encourage how you can get involved with your community is vote and show up at public meetings and make public comments.

RELATED: Are young voters the key to Gavin Newsom surviving the recall?

RELATED: Voters to decide whether to recall California Governor Gavin Newsom on Tuesday | Here's how and where can you vote