Steve Krueger, UPS driver killed by plane crash, was planning on retiring next year, according to his brother. 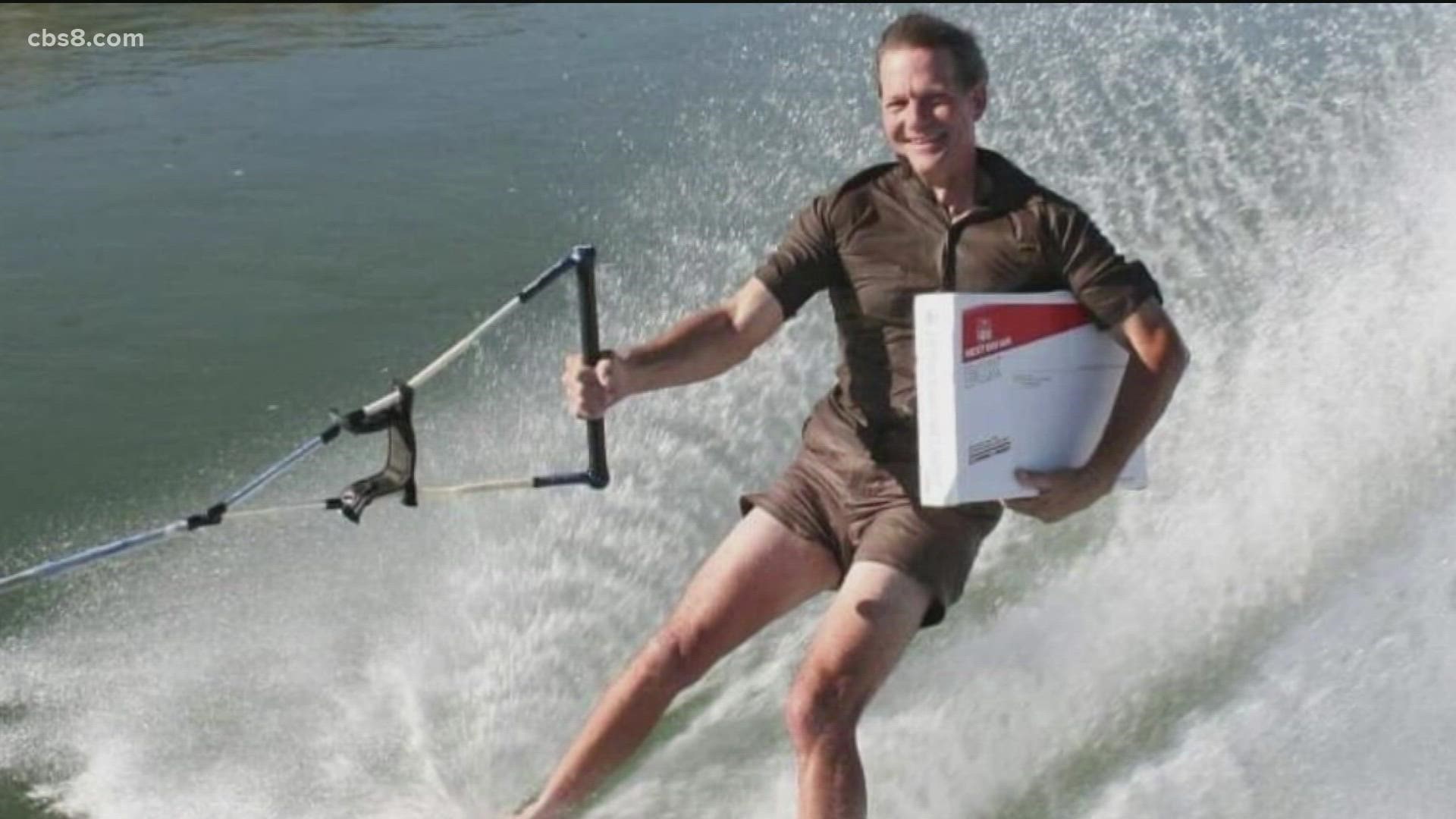 SANTEE, Calif. — Flowers, candles, and pictures surround Steve Krueger's car outside the UPS facility in Kearny Mesa. Coworkers created the makeshift memorial to honor Krueger, who was killed Monday when a plane slammed into his delivery truck.

The tragic accident has stunned family, friends, and customers along his route in Santee.

They say Krueger easily made friends wherever he went. He was kind, funny, and easy to talk to.

“People just gravitate to him and once they started a conversation with him, it would continue” said his brother, Jeff Krueger. “He was just a naturally likeable guy.”

Jeff jokes that it's amazing his brother Steve always got his deliveries done because he loved chatting with the people along his route in Santee. They treated him like family, and for that - Jeff is grateful.

“Thanks for always being such great customers for my brother. You guys really made his job enjoyable, and he really enjoyed all of them.”

Everyone we spoke with Tuesday still can’t believe Krueger is gone… killed for being in the wrong place at the wrong time when the Cessna fell from the sky.

“I woke up this morning and I was just hoping it was a dream, but it's not,” said Lauren Perry.

She rode in Krueger's truck with him for two years as seasonal help around the holidays. When she heard a UPS driver had been killed in the crash, and saw where it happened, she knew it was Steve.

“I'm going to miss everything about him,” she said fighting back tears.

Lauren is not alone. At the UPS facility Steve worked out of, a moment of silence was held Tuesday morning. Also, around the county at 12:14 p.m., the time of the crash, fellow drivers got together to honor their co-worker. Some visited the crash site, where they stood quietly and shared hugs.

Everyone in disbelief that Steve is gone.

Jeff appreciates the love and support so many have shown since the tragic accident, but knows his brother is looking down and saying no more tears.

Jeff says his brother was planning to retire next year.