Family of US citizen crosses border to claim asylum

The family of a U.S. citizen living in Tijuana shelters for the past four months has crossed the border at San Ysidro to claim asylum. 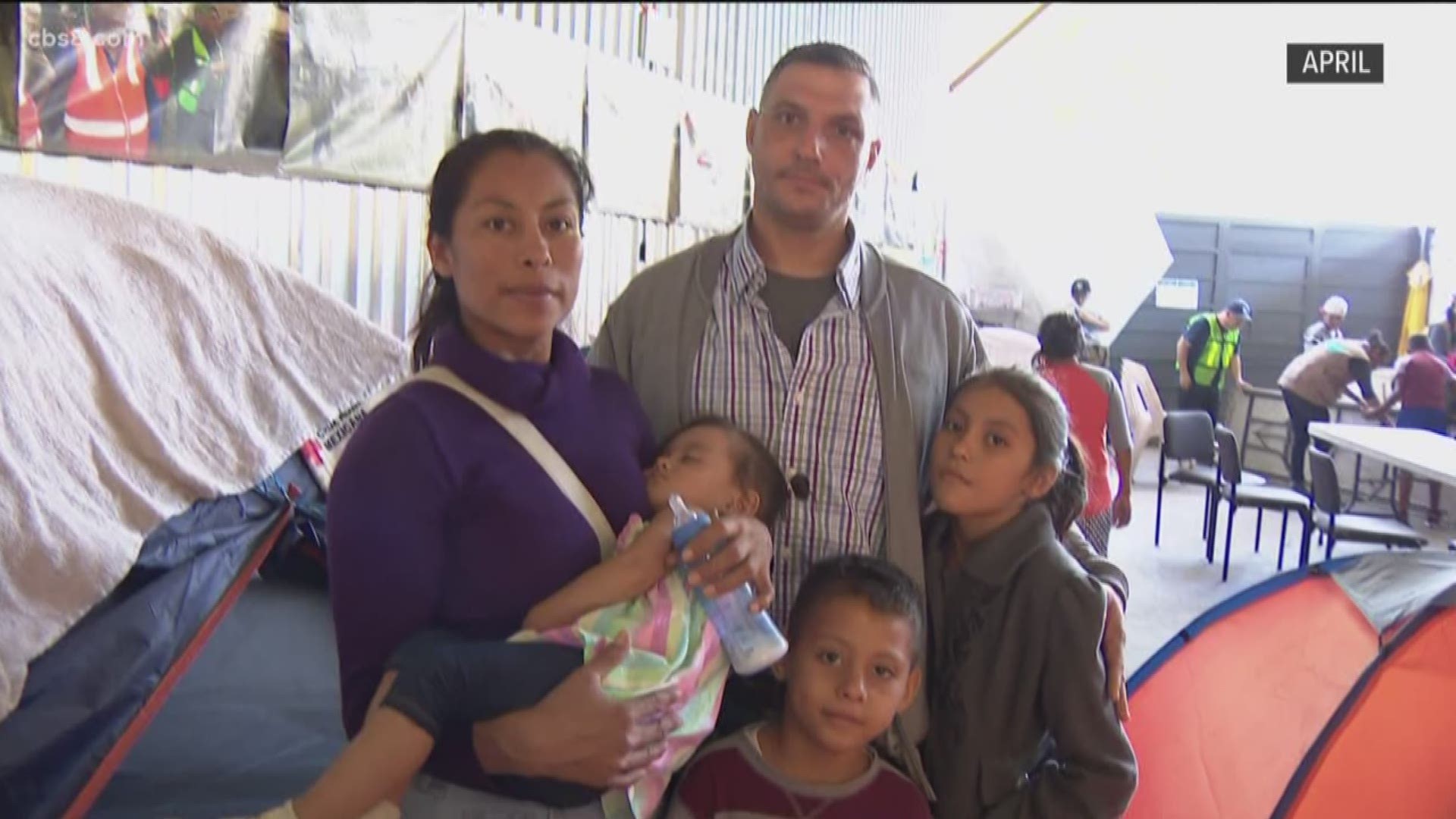 SAN DIEGO — The family of a U.S. citizen living in Tijuana shelters for the past four months has crossed the border at San Ysidro to claim asylum.

We first met Dulce Rosario-Rojas and her husband Phillip Caldwell four months ago at the Movimiento Juventud 2000 shelter in Tijuana.

Since then, Rosario has applied for a green card to become a permanent resident of the United States as Caldwell’s wife.

RELATED: San Diego community steps up to help US citizen’s family in Tijuana

However, the wait to get a green card can be more than a year, and the family said it was not safe to wait in Tijuana for a spousal visa to be approved.

They have bounced around between shelters and homes in Tijuana, waiting for Rosario’s turn to cross the border.

On Friday, Rosario and her three children arrived at El Caparral crossing in Tijuana where their number was called to formally request asylum.

CBS News 8 was there as Mexican immigration officials loaded Rosario and the children into a waiting van -- her son showing a "V" for victory -- before they were driven to San Ysidro and turned over to U.S. Customs and Border Protection officers. 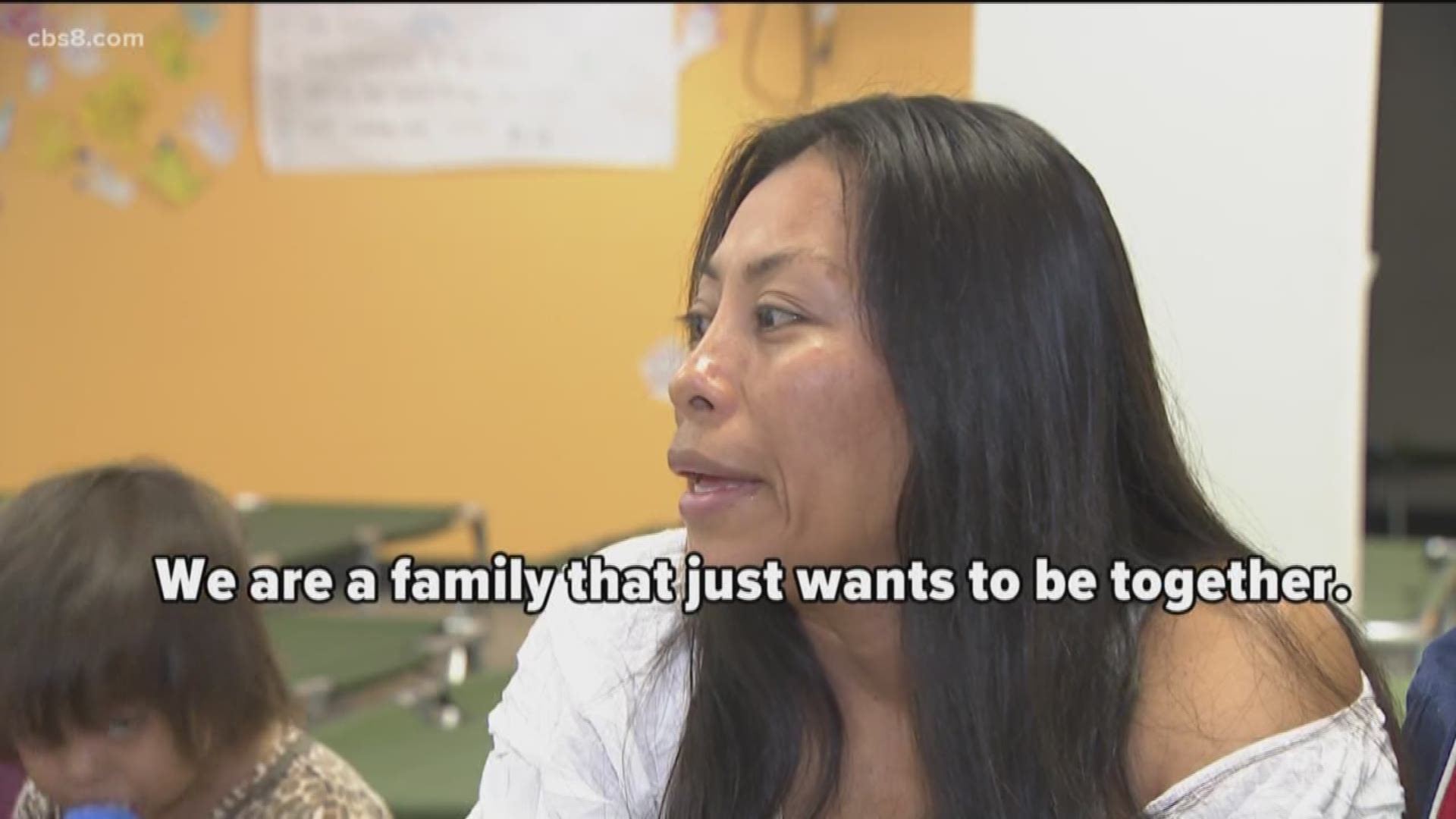 “We are a family that just wants to be together.  And, we just want to be trying to do things right just to live like normal people,” said Rosario.

CBP detained the family for days in a room shared with more than a dozen people, Rosario said.

She said the meal portions are minimal.

“Just enough to keep you alive,” she said.

Time passed slowly as they waited to learn their fate.

“Lights on 24 hours. And really you can't sleep because nighttime gets cold. Real cold. And the blankets they give us are itchy blankets. Makes you itch.  It's not comfortable,” said Rosario, who is a Mexican national.

The entire family must appear in immigration court in a few weeks, including her three children who are U.S. citizens.

Meanwhile, Rosario lost contact with her husband when the family crossed the border and was detained.

Phillip Caldwell was working on getting documentation for his children in Mexico and plans to reunite with his family here in the United States. 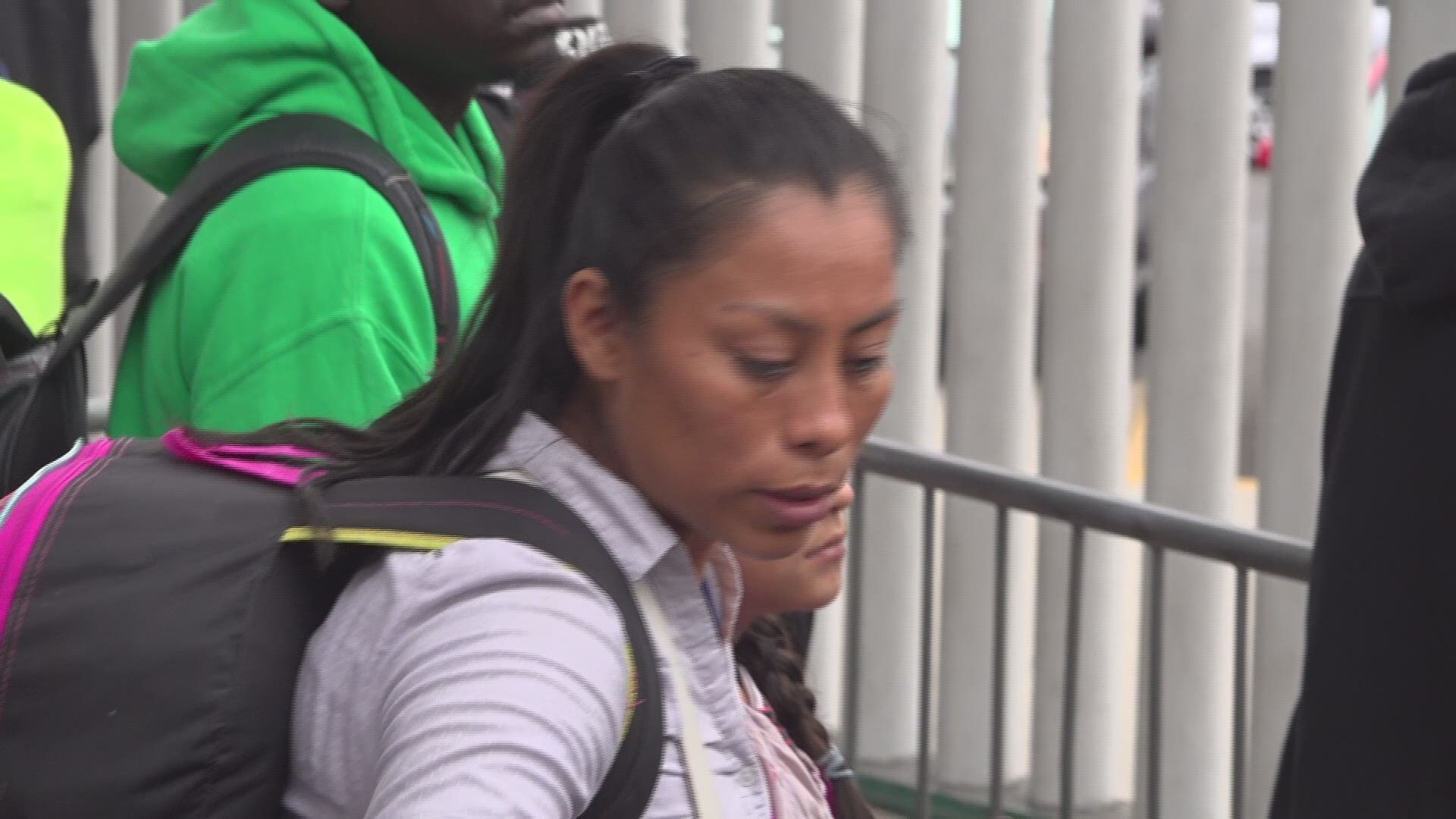