Her sister says she doesn’t have any details about the death but she wants to find out what happened to her baby sister. 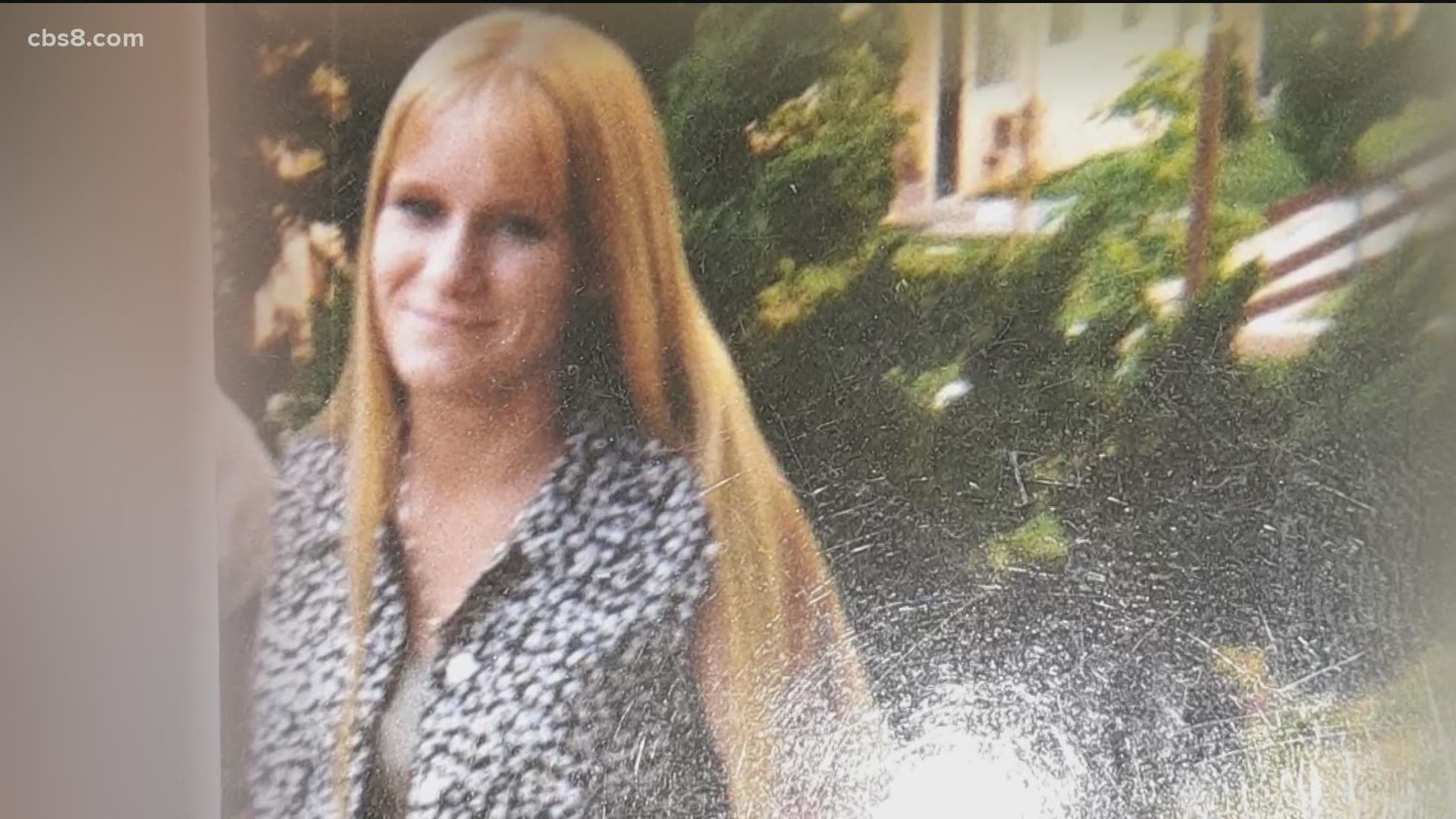 SAN DIEGO — The family of Candice Morgan, the woman whose body was found in a trash can in Little Italy is speaking out about her death. Morgan had no permanent address when she was found last week.

Morgan’s sister shared memories about their childhood. She also says she doesn’t have any details about her death but she wants to find out what happened to her baby sister.

San Diego Police say Candice Morgan was most likely homeless when her body was discovered Tuesday morning on State Street in Little Italy. Police also believe she frequented the Mission Valley area-neighborhoods. Now her sister who lives in New Mexico is talking about how they grew up and how it impacted them as adults.

“She grew up kind of rough. We both did.  She kind of had a rough life. I moved away from San Diego. She followed out to Tennessee to where I went, and we were there for a while. Then I moved away and she moved back to San Diego. We kind of lost contact there for a few years,” said Jeana Morgan, Abu Ghuwaleh, Morgan's sister.

Abu Ghuwaleh says she was much older than her sister but she remembers that she always had a smile on her face and was fun to be around. However, in the last couple of years, she lost touch with her.

“I tried to find her. I was trying to find her but I was unable to pinpoint a place to look for her and find her,” Abu Ghuwaleh said.

Police are calling Morgan’s death suspicious but say they have no information about how she died. Abu Ghuwaleh says no matter what, her sister didn’t deserve to be discarded and she’d like the public to help her get some answers.

“The way she was found is unacceptable to me. I just would like help from the community if anybody has any video or any information whatsoever on my sister, please come forward. She’s my sister. She has people that loved her and she didn’t deserve what happened to her,” Abu Ghuwaleh said.

San Diego Police say they’re collecting evidence and trying to find potential witnesses. There’s also a GoFundMe account set up for Morgan and if you’d like to donate, you can click here Candice Morgan.