Kimberlee and her two kids ages 4 and 6, have been uprooted from their normal lives in Jamul ever since their home burnt to the ground last year 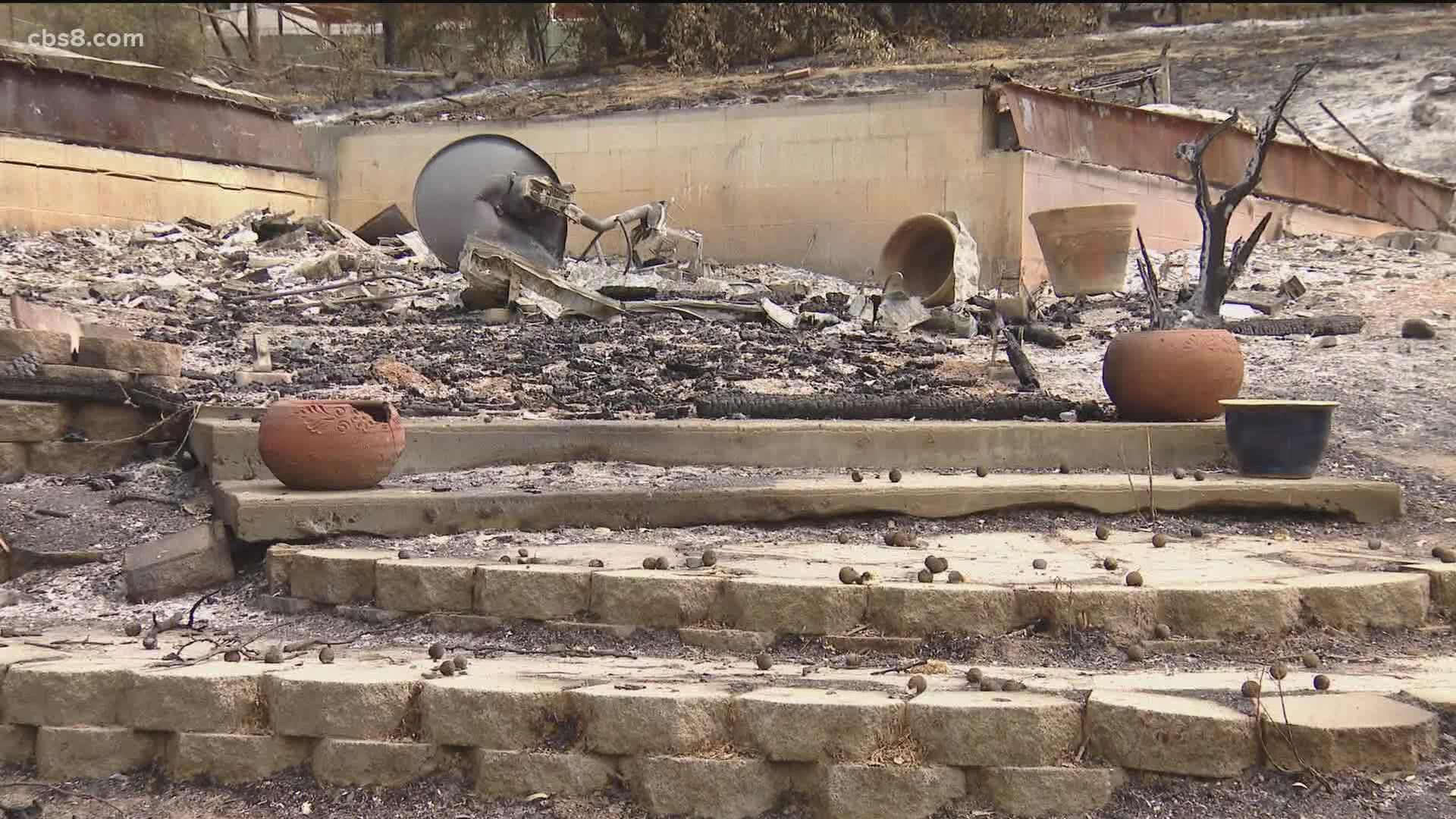 SAN DIEGO COUNTY, Calif. — In September of last year, the Valley Fire displaced a number of people whose homes were destroyed in the fire.

For Kimberlee Jones and her two kids, they’re still trying to rebuild their home and their lives in Jamul, nine months later.

“This one is still a stump, but this one is trying to get some life back into it,” said Kimberlee as she pointed out a small growing tree amidst the rubble where her home used to be.

Kimberlee and her two kids, Elizabeth and Colin, ages 4 and 6, have been uprooted from their normal lives in Jamul ever since their home burnt to the ground last year.

“I saw smoke this way,” said Kimberlee as she pointed at a nearby ridgeline. “Then I saw the hill was on fire.”

The edge of the Valley Fire crept over the ridge near her home, and that is when Kimberlee knew it was time to evacuate.

“I grabbed my kids, my dog, and gave my horses to Jesus, and I got out of here,” said Kimberlee.

Fortunately, all of her horses survived, but her home was completely consumed by the fire and they’ve been staying in hotels since then.

“We’ve been displaced for nine months,” said Kimberlee with frustration.

When Kimberlee first filed for her insurance claim last September, she was only offered $165,000 for her losses, which was less than half of what she needed.

After appealing to the California State Insurance Commissioner, her insurance company finally agreed last month to pay the full amount necessary to rebuild her home. But several things need to be replaced first and her insurance isn’t covering all of it.

“We need utilities up here. We need grading done. We need the water tank replaced and the septic system replaced,” said Kimberlee. “There is a lot that needs to happen before they can put a house up.”

Kimberlee has set up a GoFundMe to help with the costs, and she also runs a business selling high-end rosaries, visit here to learn more.

Getting by has been difficult and to make matters worse, her estranged husband cut off payments after the fire happened. Kimberlee’s ongoing financial struggle is taking a toll.

“When I think about it, I’m just exhausted,” said Kimberlee as she became emotional. “I’m done. I just want a home for my kids.”

Kimberlee is hoping to find a temporary place to stay in Jamul while she tries to get their lives back together, but she remains hopeful.

“I feel determined,” said Kimberlee. “My kids deserve to have a good life.”