Father charged with murdering kids may have believed in ‘lizard people’ 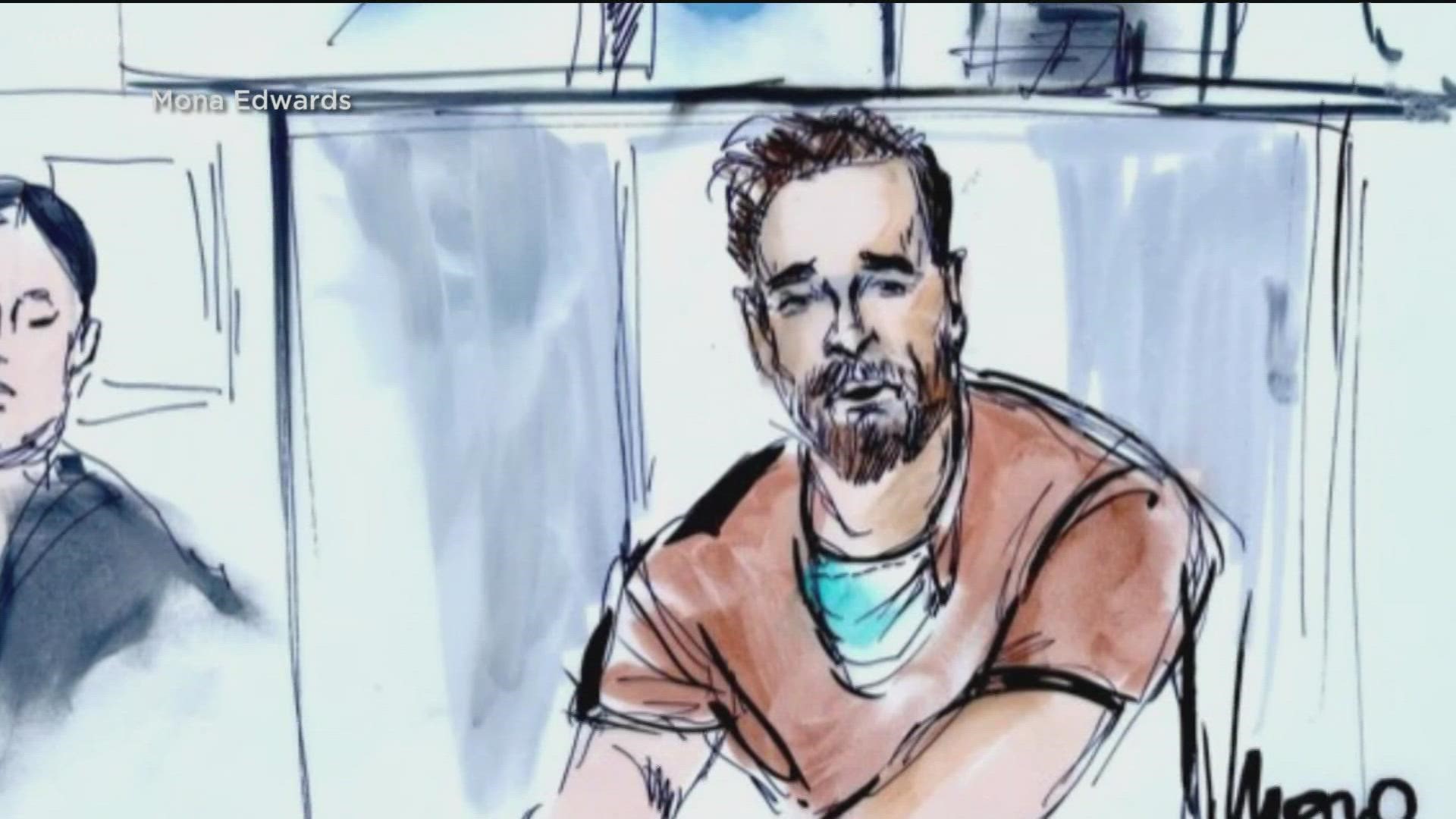 SAN DIEGO — A Santa Barbara father charged with murdering his two children in Mexico because he thought they had "serpent DNA” appeared Thursday in Los Angeles federal court.

In court records, FBI agents said Matthew Coleman confessed to stabbing his children south of Rosarito, Mexico because he thought he was saving the world from monsters.

In court Thursday, Coleman seemed coherent and answered several questions from the magistrate judge, even acknowledging that he understood the charges against him.

The surf instructor told agents he stabbed his two young children to death with a spear fishing gun because "he was enlightened by QAnon and Illuminati conspiracy theories” and believed his wife “possessed serpent DNA and had passed it on to his children,” according to FBI affidavits.

“Under the right circumstances, these conspiracy theories can motivate people to violence,” said Matthew Brown, an associate director with the San Diego Anti-Defamation League.

“One would not be able to adhere to such an outlandish conspiracy theory without also having some sort of delusion or mental illness,” Brown added.

Brown said the notion of serpent DNA is tied to a conspiracy theory that alien, reptilian humanoids have invaded the planet and control earth by posing as humans (aka the Lizard People conspiracy).

“This reptilian, Lizard People conspiracy theory – like QAnon and other outlandish conspiracy theories – is all about rationalization and justification as to why somebody took this extreme action,” said Brown.

In early August, Coleman allegedly was caught on surveillance video at a Rosarito hotel, leaving with his 10-month-old daughter and two-year-old son.

Later, he returned to the hotel alone.

Police tracked his cell phone and Coleman was arrested at the San Ysidro border crossing.

The children’s bodies were found dumped in Mexico, about 20 miles south of the hotel with multiple stab wounds to their chests.

“As to what the killer's motives were, obviously, we're at the early stages of this,” said Brown.

Coleman, 40, made an initial appearance Thursday in Los Angeles federal court on a newly-filed San Diego indictment charging him with murder.

His wife has not made any public comments about what, if anything, may have triggered the events. She told police the couple did not argue before Coleman took the children, and she had no reason to believe Coleman would harm the children, according to court records.

On social media, Coleman had posted several religious messages but nothing out of the ordinary.

The ADL said the Lizard People conspiracy theory remains on its radar.

“We are aware of it.  We don't believe that it's got a strong following,” said Brown.

Coleman soon will be transferred to San Diego, where his prosecution will continue in federal court downtown.