City officials say the point of the moves is to create more space between those in the shelters to help prevent the spread of COVID- 19. 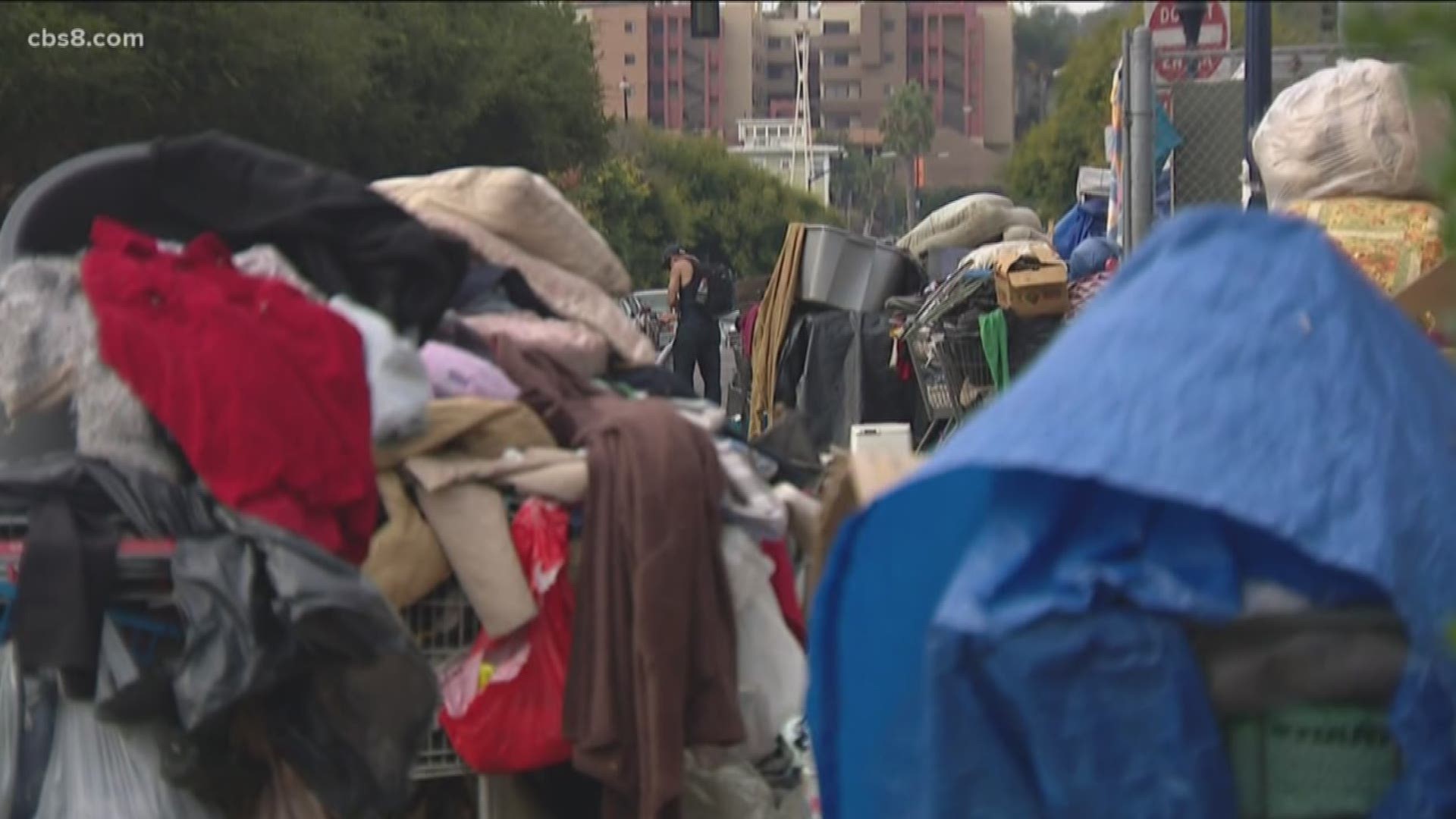 SAN DIEGO — Father Joe's Villages screened four people with flu- like symptoms at its homeless shelters, the nonprofit announced as it discussed its response to the COVID-19 pandemic.

One member of a family and three single women were showing symptoms similar to coronavirus Tuesday, the organization's leaders said. Two of the individuals were sent to emergency departments and the other two were sent to self-isolation in motel rooms San Diego County has secured for that purpose.

"We are awaiting test results. It's very possible that none of these individuals have COVID-19; it is cold season," said Dr. Jeffrey Norris, Father Joe's medical director. "We have not yet seen a positive test among those experiencing homelessness. We have been following our procedure, and those showing symptoms were quickly removed from shared spaces and the spaces were sanitized."

Father Joe's Villages, a nonprofit dedicated to assisting San Diegans experiencing homelessness, runs several shelters, and officials have been in talks with the city and county to transition some of its clients to larger spaces to help practice social distancing.

On Tuesday, the city of San Diego moved 55 families, comprising 153 people, from a shelter at Golden Hall to rooms in two motels the county secured for vulnerable populations and those showing symptoms who couldn't safely isolate at home. The Regional Task Force for the Homeless, Father Joe's Villages, and the city planned to move 106 women from two shelters into the expanded Golden Hall shelter.

The point of the moves, city officials said this week, is to create more space between those in the shelters to help prevent the spread of COVID- 19. The additional space will also allow more San Diegans to get off the street while maintaining social distancing. San Diego is outfitting portions of its convention center as a temporary shelter during the COVID-19 crisis.

Vargas said that while Father Joe's Villages has an emergency fund to fall back on, the public health concerns of COVID-19 and the resulting economic crisis have reduced donations to a standstill.

A University of San Diego report released Tuesday found that donations to nonprofits had dropped dramatically, with many acknowledging that they might not be able to make payroll in a month, much less 8-12 weeks -- a timeline Gov. Gavin Newsom has suggested.

"It's difficult," Vargas said. "Donations are down. I'm cautiously hopeful and optimistic that we'll be able to weather this, but it's difficult to say for sure."

More than 2,000 homeless San Diegans use Father Joe's Villages' facilities on a regular basis, according to the organization's website.