Faulconer, other mayors push state for homeless funding amid Coronavirus 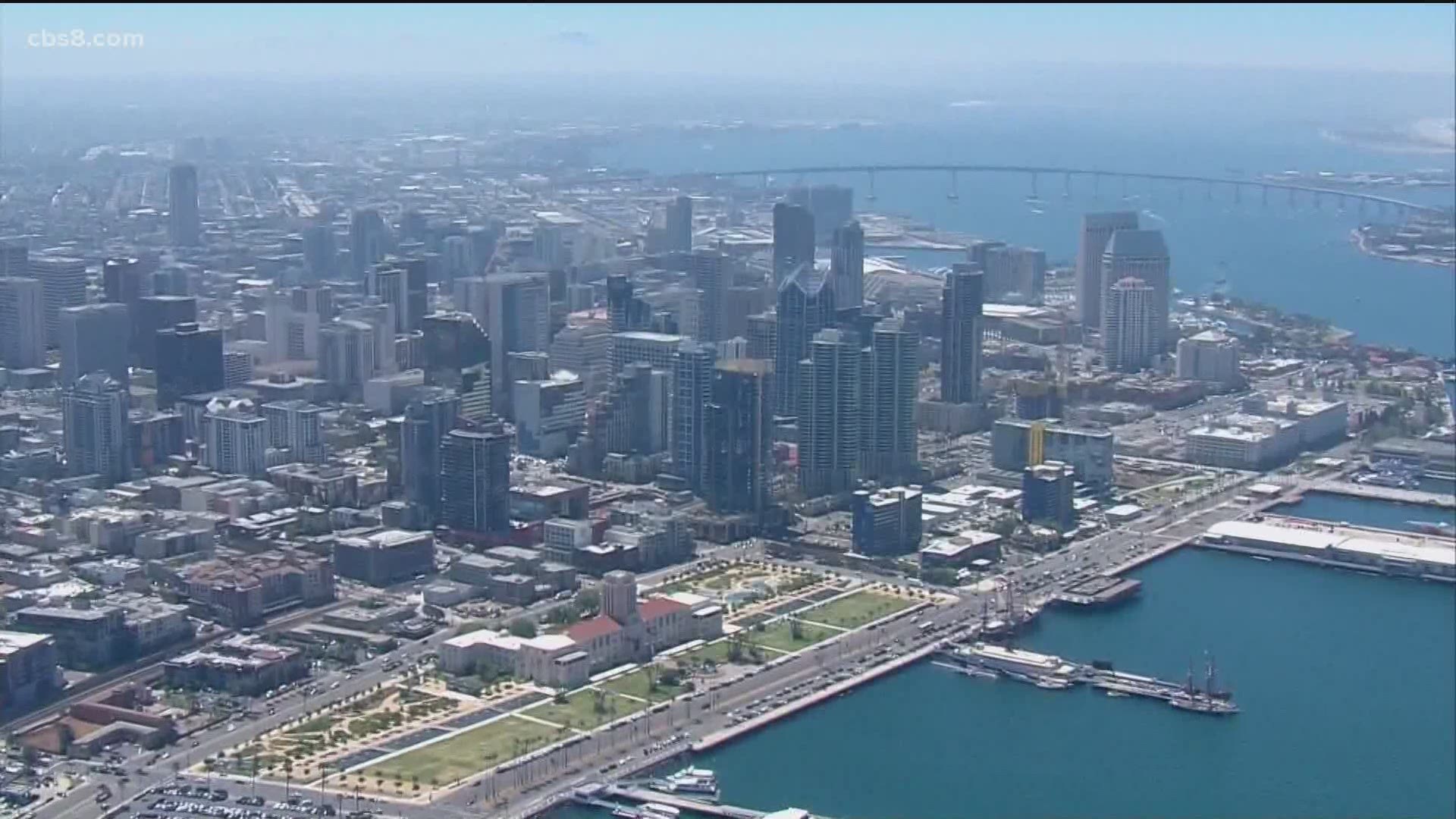 SAN DIEGO COUNTY, Calif. — San Diego Mayor Kevin Faulconer joined his counterparts from other large California cities Wednesday, calling on the state to approve millions of dollars to address the homelessness crisis during, and beyond, the coronavirus pandemic.

In an online conference, members of the Big City Mayors coalition backed Gov. Gavin Newsom's proposal to earmark $600 million in federal CARES Act funding for homelessness solutions such as purchasing hotels and motels. They also urged legislators to approve $350 million in "flexible" funds for other intervention strategies to ensure homeless people who are moved into shelters or hotels under the state's Project Roomkey program during the pandemic don't wind up back on the streets.

"We've all been working during this crisis and during the pandemic to get folks off the street primarily for health and safety reasons," Faulconer said. "But as we look toward the future, how do we actually provide that?

"Here in San Diego we've opened up our convention center, and we have over 1,400 folks that we've been able to get safely off the streets from our bridge shelters to allow for social distancing," he said. "It's been a tremendous success so far. But as we are looking to getting on the other side of this pandemic, what we are all focused on is having both the resources and the ability and the places to give folks that permanent home. That's why these dollars are going to be so important. Not only the dollars for hotel acquisition but the flexible dollars for supportive services, because we are all interested in the long term."

Los Angeles Mayor Eric Garcetti said "shame, shame, shame on us" if homeless people who have been given housing during the pandemic wind up back on the streets when the crisis subsides.

Garcetti and other mayors pointed to connections between the homelessness issue and the current national debate over racism in the criminal justice system and beyond.

"Even in light of all of the new conversations that we're having around systemic racism in this country, you look at the impact on homelessness on black Americans, on racial justice issues, and it is all connected," Garcia said. "We have to make sure that we move forward in a way that is united, that we can continue the work we're already doing to ensure the people experiencing homelessness have access to homes and the dignity that each and every one of them deserve."

Garcetti noted that his city's homeless population is 33% black, despite being only 9% of the overall countywide population.

The mayors all stressed the need for the state to provide funding directly to cities and give them the flexibility to direct the money where it is needed most locally.

"We need the flexibility to ensure that as coronavirus continues and as that crisis begins to hopefully end in the future, that these individuals have the opportunity to get back in the workforce and have a roof over their head, and they're not back out on the street," Long Beach Mayor Robert Garcia said.