“These are machines of unknown origin swarming our Navy warships, flying with impunity in our restricted air space off the coast of San Diego. This is a big deal." 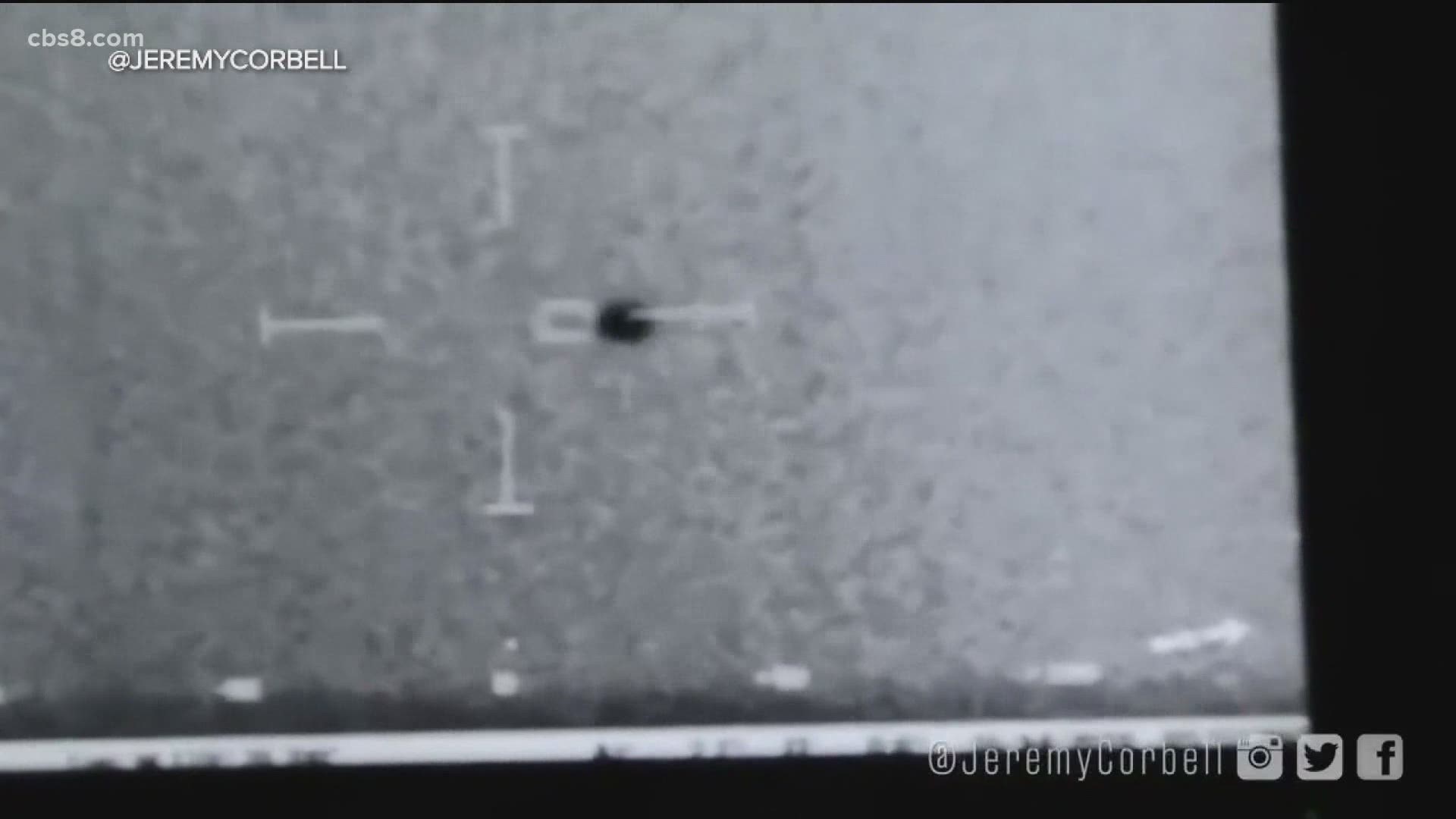 SAN DIEGO — Most people call them UFOs but the military calls them UAPs or "unidentified aerial phenomenon." Now, an investigative filmmaker has obtained footage from July 2019 of unidentified flying objects off the San Diego Coast.

“They were swarmed by UFOs," said filmmaker Jeremy Corbell. "We’re talking nine ships over two sets of days in July 2019 just off the coast of San Diego.”

Corbell obtained and released these videos and radar images that were recorded by Navy personnel, and the Pentagon has confirmed their authenticity.

“These are machines of unknown origin swarming our Navy warships, flying with impunity in our restricted air space off the coast of San Diego,” said Corbell. “This is a big deal.”

The footage shows a spherical object flying over the ocean at night.  It appears to move rapidly across the screen before slowly easing into the water.

“The people on the USS Omaha, you can hear them in shock,” added Corbell. “What flies through the air, then enters the water? These machines are so advanced, they can penetrate water and keep on going.”

Briefings describe that a submarine was sent out and was unable to find any wreckage.

“It penetrated that space between air and water without destruction,” said Corbell.

During the same time period in 2019, another video was recorded onboard the USS Russell, which was part of the same strike group off the San Diego coast.

With an upcoming report to Congress by the U.S. military, Corbell had this to say about what we should expect:

“Over 100 UFO cases, unidentified objects that display propulsion [and] outpaces, outmaneuvers, outperforms our warships and fighter planes.  This is an exciting time for UFO transparency. UFOs are real. They represent advanced, beyond next-generation technology that we do not have.”

If anyone in San Diego has footage they would like to share with Corbell they can reach him on Twitter: @jeremycorbell or by email at editor@extradorinarybeliefs.com.