The firefighter was taken to an area hospital for treatment, said the U.S. Forest Service's Anabele Cornejo. The fire was first reported shortly after 1 p.m. 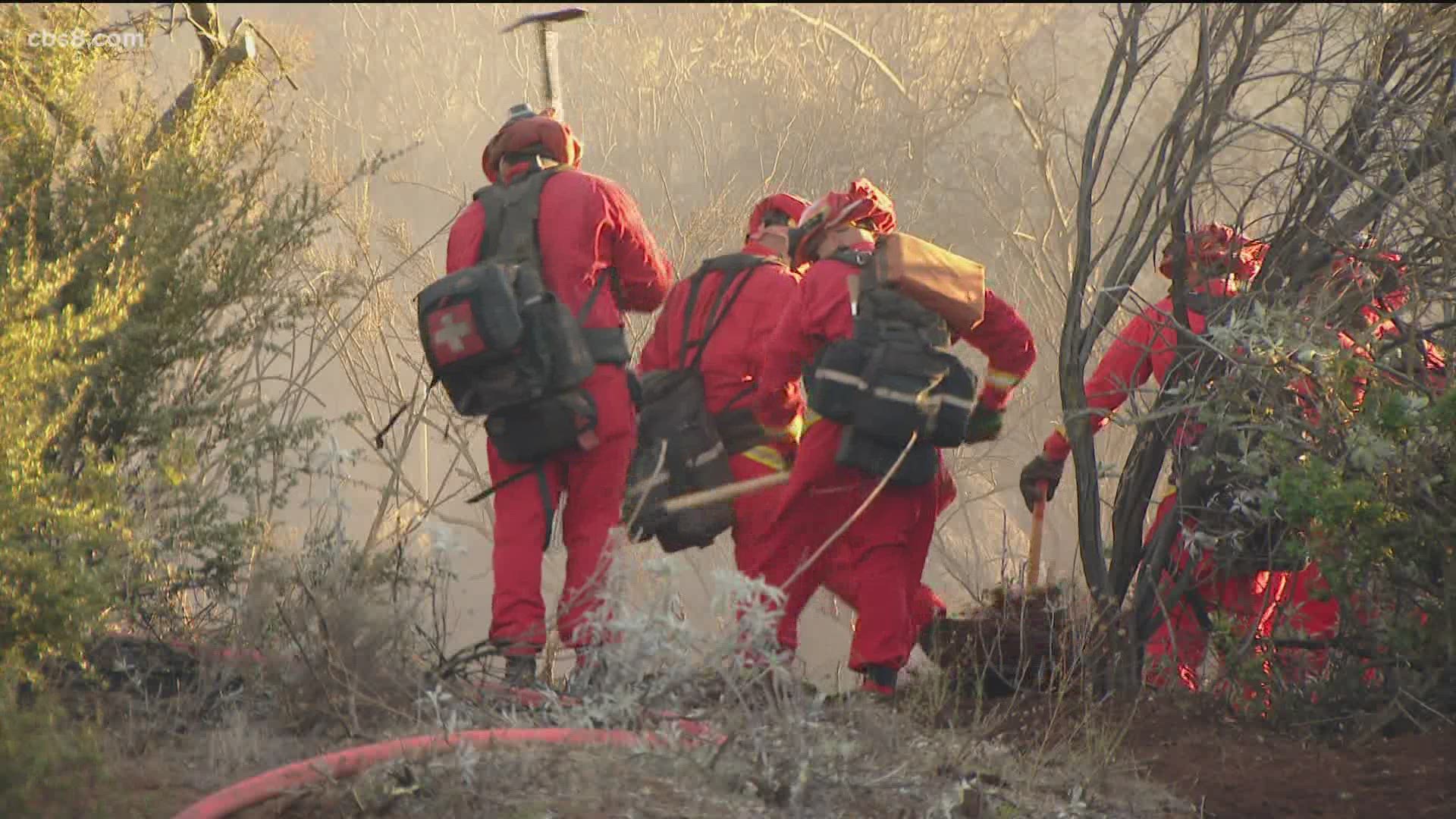 SAN DIEGO — A firefighter was injured Friday battling a 10-acre vegetation fire in the Cleveland National Forest near the community of Alpine.

Crews were planning to work through the night to mop up the smoky fire, which was first reported shortly after 1 p.m. in an area on Japatul and Japatul Valley roads, Capt. Thomas Shoots said.

One U.S. Forest Service firefighter was injured when he was struck by falling debris, which resulted in trauma to his leg. He was taken by ambulance for treatment at Sharp Memorial Hospital.

Fire crews stayed on the fire lines through the afternoon, along with 18 engines and five hand crews all battling the flames as they surged across the rugged terrain. Two firefighting helicopters dropped water and several air tankers unloaded retardant as part of the coordinated attack on what was called the Hawk Fire.

"We were able to mount a pretty aggressive attack. This time of year, we're able to keep a lot of resources on extended time, due to dry conditions and extension into fire season,” explained Div. Chief Talbot Hayes with the U. S. Forest Service. "We had resources from the U.S. Forest Service, Cal Fire, Fish and Wildlife, Viejas Fire Department and aircraft."

While there was no reported structural damage, neighbors were watchful. However, one resident said he wasn't overly concerned.

"I've got a fire pump and 88,000 gallons of water and a generator, if necessary, if the power's off. That's how it is when you live out here,” said Jamie Lenore.

The cause of fire remains under investigation.

San Diego County is under a wildfire red flag warning until Saturday due to strong winds and low humidity.

#HawkFire in Japatul Valley [final] Fire spread has been stopped. Firefighters will remain at scene with @ClevelandNF for mop-up and containment. pic.twitter.com/hkZZ4jKLta