Firefighters, who respond to COVID calls daily, honor Chris: "Everyone just loved him. He set the example for our organization of what a true firefighter is." 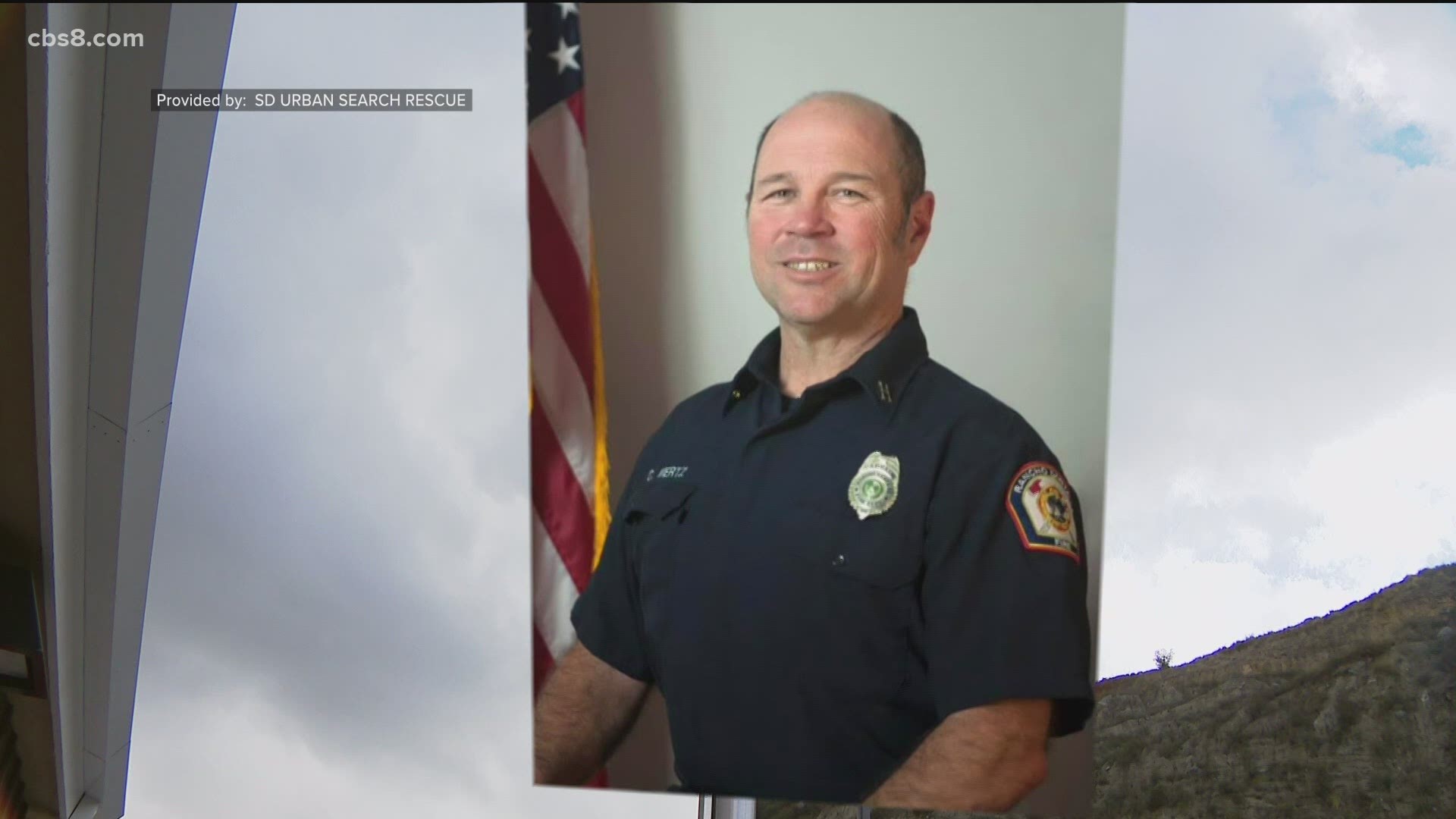 "Everyone just loved him.  He set the example for our organization of what a true firefighter is," Fire Chief Fred Cox said.

The American flag outside Station 5 in Harmony Grove stands at half-staff, as a way to honor the 30-year veteran.

"Not only was he a member here for 30 years, he worked for the United States Forest Service, and served on the elite hotshot crew," Cox said. "He also worked for San Diego Federal Fire and then he came here and we hired him."

Chief Cox wasn't just Chris's boss, he was also his friend. The two bonded over their love of firefighting, and their lives outside it, which centered around family. "And I really admired his family life. They did everything," Cox said.

Chris was a husband and father of three. His son is now a firefighter with Cal Fire San Diego and his two daughters are both in the Air Force.

During his career, Chris responded to 9/11 and Hurricane Katrina with Search and Rescue. Chief Cox said that Chris was always the first to volunteer.

His dedication remained constant, even after contracting COVID-19. It was just after Christmas when Chris started getting headaches and feeling fatigued. It’s believed he may have contracted the virus responding to a call.

After telling Chief Cox he planned to be back soon, Chris was admitted to the hospital. "And he never came out," Cox said.

Battalion Chief Bret Davidson spoke to him during his final days.

"He said he was coughing so much he couldn't catch his breath, but he didn't think he had trouble breathing just that he was coughing but they brought him into the hospital and his 02 saturations were low," Davidson said.

Like so many others who have dealt with the loss of a loved one to COVID-19, Chief Davidson says he never thought Chris wouldn't make it through. If anything, he hopes Chris's loss inspires people to take the virus seriously by practicing safety precautions and getting the vaccine.

Chris's death marks the second loss this district has dealt with in just the past two months. In November, the district lost another captain, Dale Mosby, who had been struggling with PTSD.

Chief Cox admits it hasn't been easy, but they're supporting each other the best way they can. "Sometimes we have to dig deep and that's what we're doing now," Cox said. "We're digging really deep."

The Rancho Santa Fe Fire Foundation is accepting donations in Chris's memory. Funeral arrangements are pending. A Facebook page has been setup in his honor.

Captain Chris Mertz was a husband, and father of 3. He lost his battle to Covid-19 this week, making him the first local firefighter to die from the virus. He was 54 years old. At 5&6, hear from his fellow firefighters @RSF_Fire @cbs8 @News8 pic.twitter.com/NdfVn8H17H