The firefighter killed Thursday while battling the El Dorado Fire was identified as San Diego native Charlie Morton by the San Bernardino National Forest on Monday. 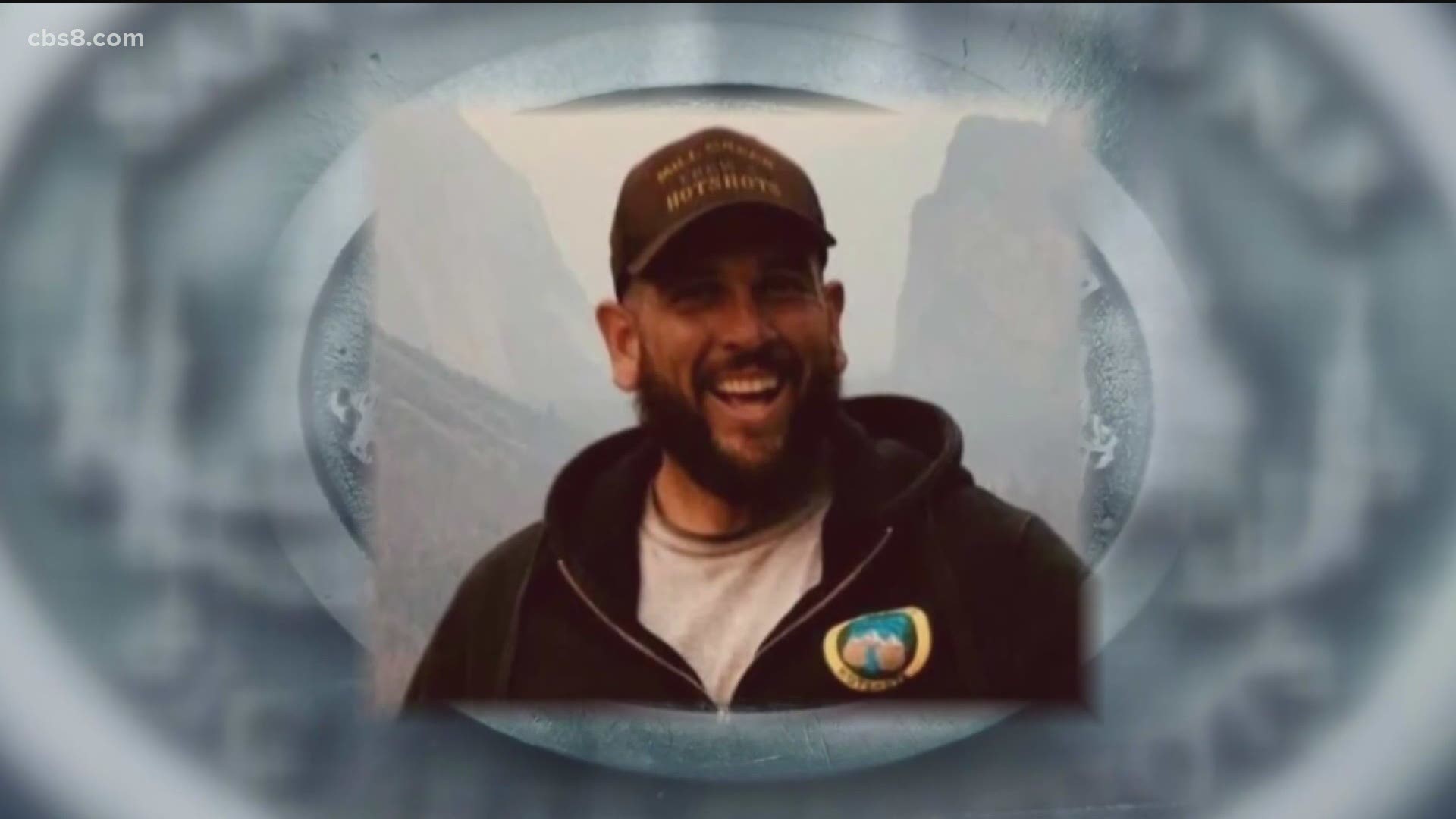 LOS ANGELES — A firefighter who died last week battling a wildfire in California that officials was identified Monday by the San Bernardino National Forest. The agency said the man killed was Charles Morton, a Squad Boss for its Big Bear Interagency Hotshot Crew. According to the agency, Morton was born in San Diego in 1981.

“Charlie was a well-respected leader who was always there for his squad and his crew at the toughest times,” said U.S. Forest Service Chief Vicki Christiansen. “Our hearts go out to Charlie’s loved ones, coworkers, friends and the Big Bear Hotshots. We will keep them in our thoughts and prayers.”

Morton's death occurred Thursday in the San Bernardino National Forest as crews battled El Dorado Fire which was sparked by a device used to reveal a baby's gender, according to authorities.

Fire crews stood at attention as the body of Charles Morton was escorted from the San Bernardino County Coroner’s Office...

...suppress the El Dorado Fire on their home unit. Our hearts go out to Charlie’s loved ones, friends, coworkers and the Big Bear Hotshots.” pic.twitter.com/HTEzDP2gTQ

Morton started his career in 2002 with the California Conservation Corps at the Butte Fire Center before moving to the 2006 fire season with Firestorm Fire Suppression in Chico, according to SBNF.

Morton's family shared a statement through the SBNF agency that read:

“Charlie is survived by his wife and daughter, his parents, two brothers, cousins, and friends. He’s loved and will be missed. May he rest easy in heaven with his baby boy.”

The El Dorado Fire erupted earlier this month from a smoke-generating pyrotechnic device, the California Department of Forestry and Fire Protection, or Cal Fire, said.

The cause of Morton's death was under investigation.

As of Monday, the wildfire had burned more than 22,500 and was about 59% contained, according to Cal Fire.

Wildfires have burned more than 3 million acres in California this year and are blamed for at least 25 deaths.

SBNF directed cards and condolences to be sent to the Morton family in care of “Support for Charlie.” at the following addresses: