San Miguel Fire says 40 to 45 engines were in each driveway Wed night. If the Rancho San Diego didn't have that defense, the whole neighborhood could have burned. 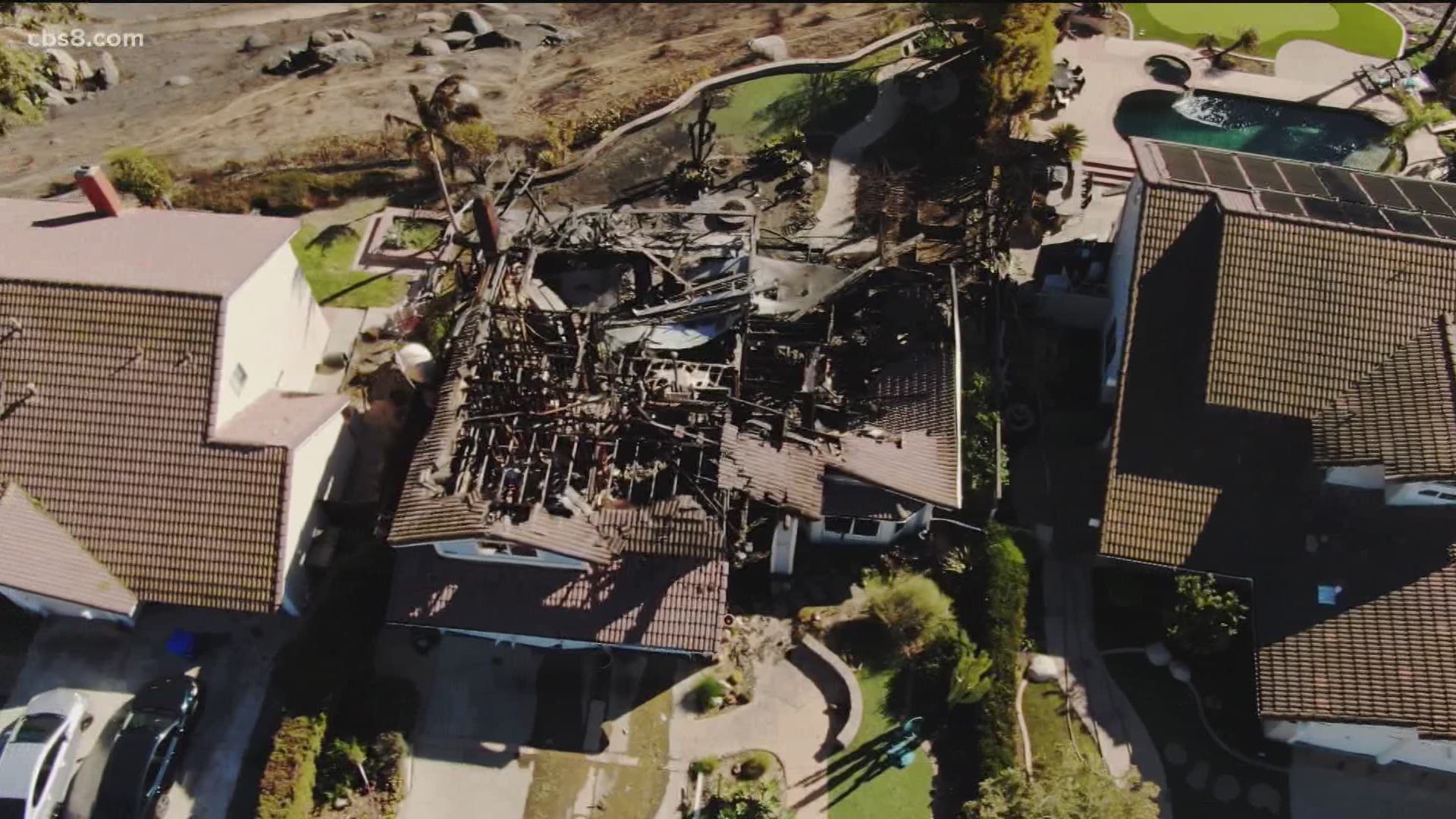 SAN DIEGO — The Willow Fire burned in the unincorporated Rancho San Diego area near El Cajon and destroyed one home and damaged six others. The fire was reported at about 10 p.m. Wednesday in the 2800 block of Willow Glen Drive. As of Thursday evening, the 30-acre fire was fully contained.

"The whole sky was orange. There was fire all around. Unfortunately, this house was lit up. This house was about to go up," said Deren Schneider, a neighbor.

"This house" being Patricia Carignan's home.

"The tree was on fire. I didn't know," said Carignan.

Deputies and firefighters came to her door Wednesday night, telling her to evacuate a due to the Willow Fire, which was raging up the hillside next to her Rancho San Diego neighborhood.

She left and that's when her good Samaritan neighbor, Deren Schneider jumped in to help when he noticed her front yard was starting to burn.

"Grabbed this dudes hose, the yard was on fire, put it out. There were embers on this roof, got all those embers out," said Schneider.

"Ya they were up and down the hill so that was a good call," said Schneider.

Only one house was destroyed in this Santa Ana wind driven brush fire that burned 30 acres overnight.

The family connected to this home showed up Thursday to look at the damage. They did not want to speak on camera, but one of the daughters told us her father, who was home alone at the time, is ok.

Meanwhile, Patricia says she never met Deren before today and is glad she did.

"I just thanked him. I didn't know what was going on," said Patricia.

The Red Flag Warning remains in effect through Saturday. Part of that warning includes strong winds, which were  a concern on area highways Thursday. The California Highway Patrol forced trucks and oversized vehicles off I-8 in Alpine.

“You can't drive in wind like this,” said Dennis Saulnier, a Quebec-based truck driver who was heading for Yuma. “The wind is too hard because if you are loaded truck, it’s heavy enough to go but if you’re light you can go nowhere.” 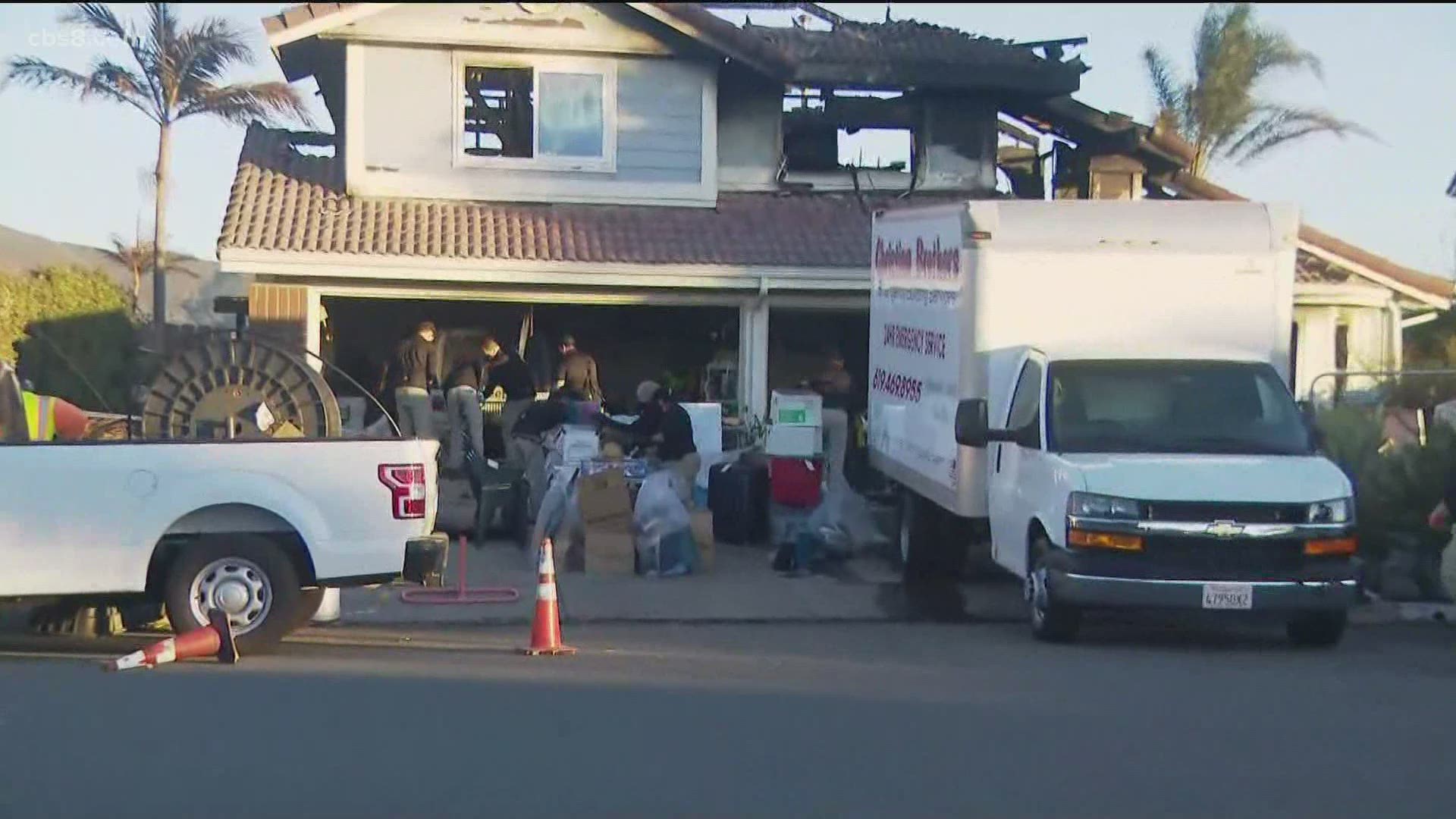