Twenty-six years later, the group of educators will reunite and carry the same banner during this Saturday’s Pride parade. 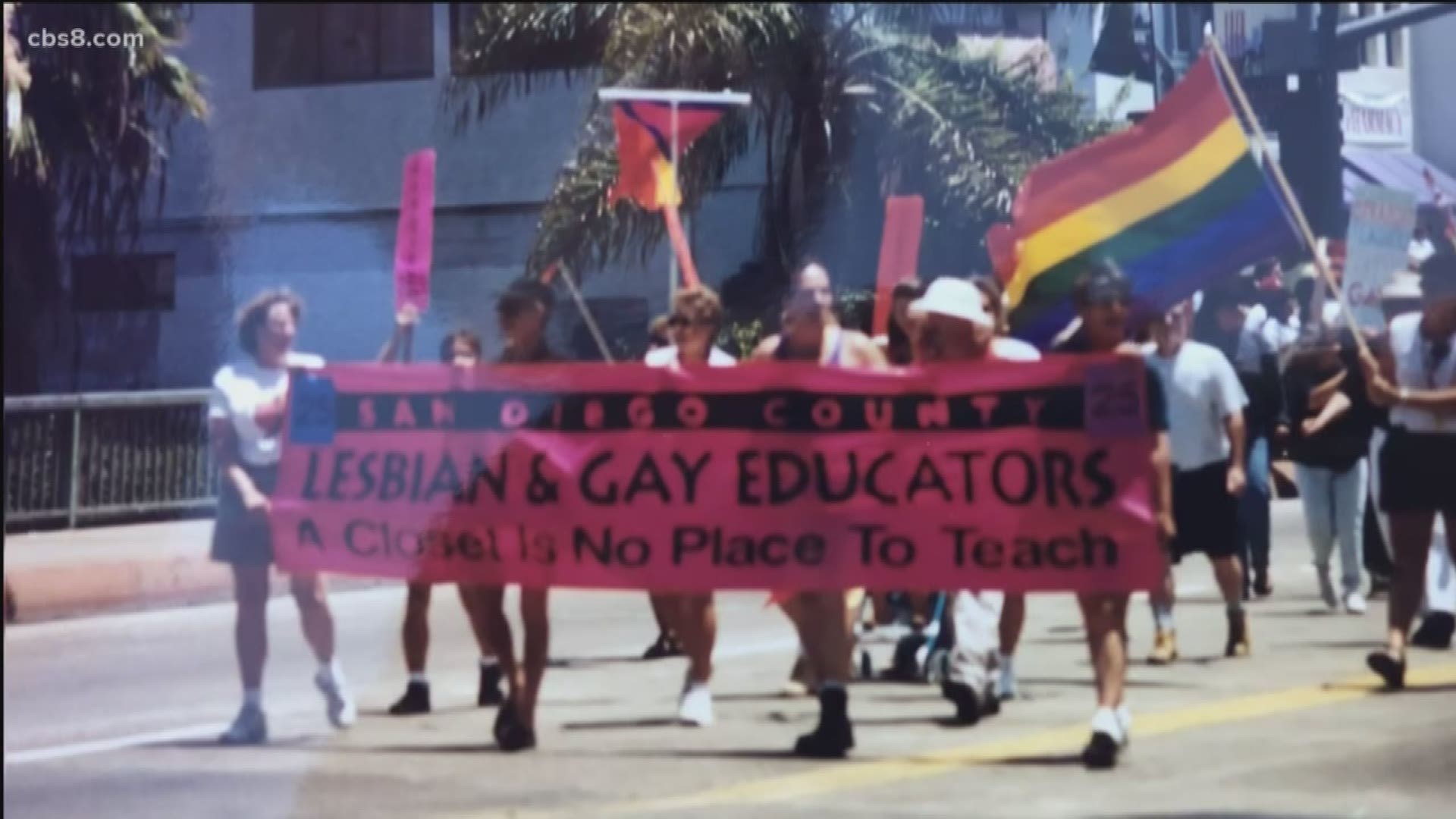 SAN DIEGO — The 1993 Pride parade in Hillcrest was the first time San Diego Unified gay and lesbian educators marched in the parade.

Retired teacher Cherrie Dean was one of them.

“I think we enabled others who might have been more resonate who realized they could step out and be seen and be okay,” she said.

Twenty-six years later, the group of educators will reunite and carry the same banner during Saturday’s Pride parade.

“My God! I could not believe that we would live to see this day when students can make a difference and say 'we want a flag and its like'. Okay, yeah lets do it,” said Jan Garboksy, retired SDUSD Sweetwater Union High School district teacher.

The group of teachers became pioneers for LGBTQ educators. In 1992, sexual orientation was included in the non-discrimination policy and health benefits were granted.

Bob Carney, who is retired SDUSD teacher and a Vietnam Purple Heart veteran who at the time could not come out.

“This group of people came together and hold us all up. We were very brave. If we went into public anywhere prior to that, we looked over our shoulder all time,” said Carney.

The group paused their march in 1998, when they were tear gassed by protesters. That is when Superintendent turned to Lynn Barnes-Wallace’s six-year-old son, Mitchell.

“I look over and my son, the effects of tear gas, he was crying, and Alan Bersin is holding his chin and he said, ‘this is why we march young man.’ I will never forget that as long as I live,” said Lynn.

The group of educators said they are marching for Pride because they know that other districts have not made it as far.

“We made it. I mean there is still a lot of work to do, but they are flying the flag at the ed center,” said Lynn.

If you were a teacher that marched with "First Thursday" the LGBTQ Social Activists group during pride and want to reunite and march with them this Saturday, they are contingent 69-B.

The parade starts at the center's Pride flag.