The San Diego County Registrar of Voters says there are two questions and even if you vote not to recall Newsom you can still vote for a candidate if he is recalled. 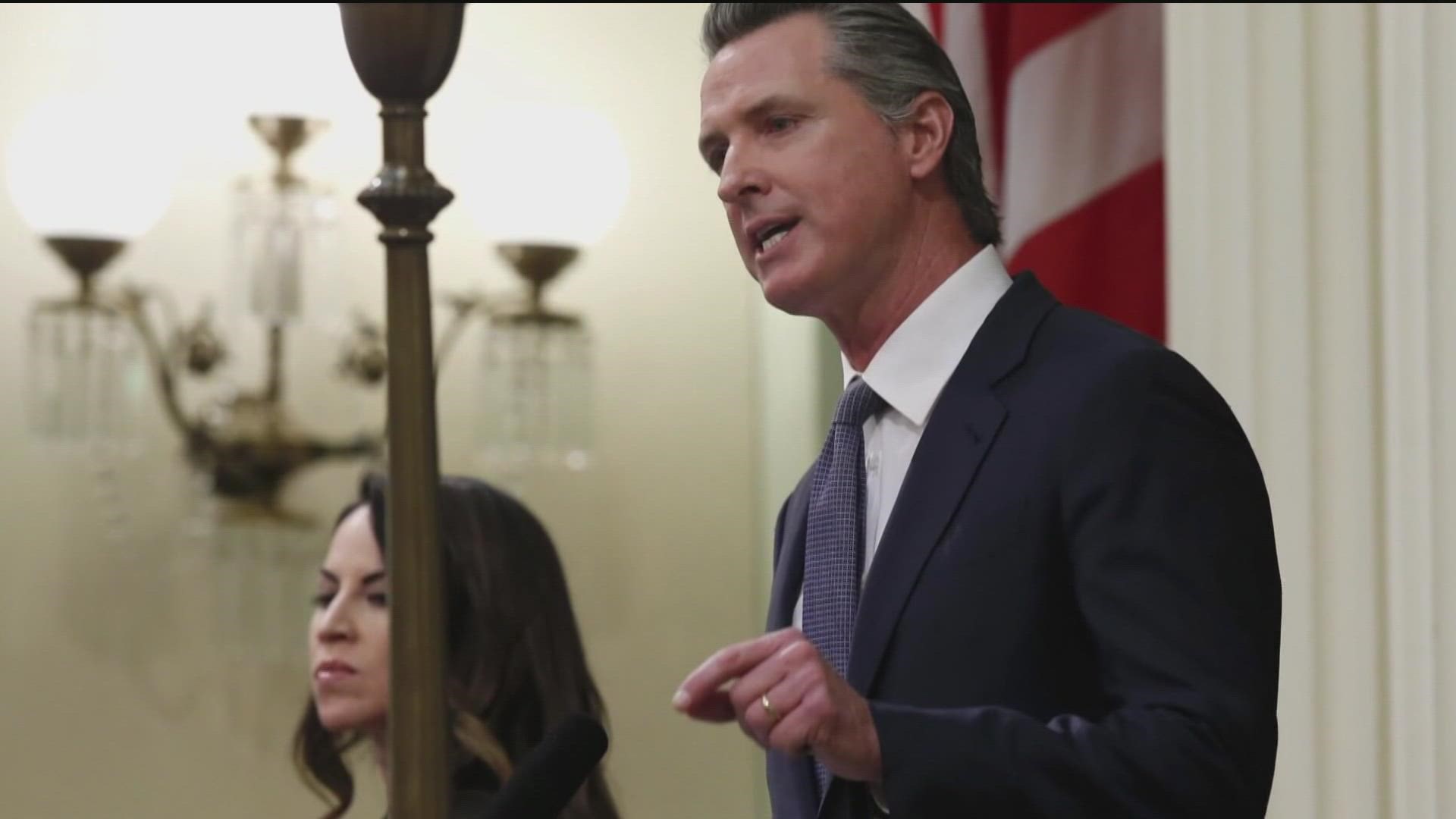 SAN DIEGO COUNTY, Calif. — In the next week, California registered voters will receive a sample ballot in the mail on the Governor Newsom recall election.

Recall rallies continue across the state and in San Diego County.

The anti-recall campaign is working on momentum. Democrats double the registration of GOP statewide so there's a campaign to energize blue voters to get out of the vote.

The San Diego County Registrar of Voters shared a first look at the sample ballot that shows the two questions on the ballot.

The first questions asks voters, “Shall Gavin Newsom be recalled (removed) from the office of Governor?"

If more than 50 percent of the ballots have a "yes," then the second question will be considered which asks voters to choose one of the 46 candidates to succeed Gavin Newsom as governor if he is recalled.

“Regardless of how you vote you could still vote on the second part,” said Cynthia Paes, San Diego County Interim Registrar of Voters.

This means even if you vote not to recall Newsom, you still have a say, democrat or republican, in who can take his place if he were kicked out of office.

“It's important to note the first part, the majority must vote to recall the governor in order for the second part to take effect,” said Paes.

Here are some important recall election dates to keep in mind:

“This would be just for the remainder of the current term,” said Paes.

Governor Newsom has a year left in his term and the election is costing taxpayers $276 million.

“The San Diego County Registrar of Voters expects a 60-70 percent voter turnout which is slightly above the 2003 recall election of then democratic Governor Grey Davis who was replaced by republican Arnold Schwarzenegger.